The return of Francis Cabrel to Quebec

Francis Cabrel was eager to return to Quebec. 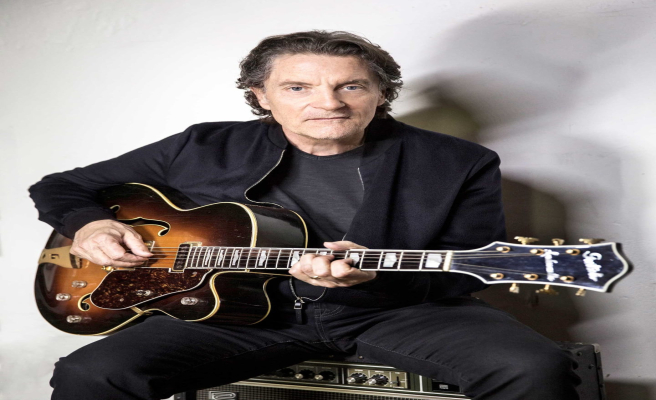 Francis Cabrel was eager to return to Quebec. He will be back with us on June 13 for a two-part tour (June and November) on the roads of our beautiful province that the singer used to visit at least every two years.

After a six-month tour in France which went well, Francis Cabrel is about to finally take the plane back to Quebec.

“We are so happy to be leaving,” the 68-year-old singer told the Journal exclusively. I will be accompanied on stage by two singers and four musicians. Together, we have created a tightly woven universe and a crescendo show.”

The singer-songwriter promises a very festive show, like Trobador, his latest album released in 2021 and on which he precisely offers very festive and live covers of around thirty of his songs. Pieces on which the Cajun influences apply to put the sun and the desire to dance.

“We have a lot of fun and there are definitely New Orleans and accordion influences,” continues the artist. In fact, the first time I saw an accordion in a show was Zachary Richard, who became a friend that I never lose sight of. On our side, we use a bandoneon.”

No less than five guitars are in the luggage for Canada of the singer, who describes himself as an enthusiast doubled as a collector. His first, a Christmas present to little Francis, 9 years old, has recently been restored and is part of his collection of around thirty guitars.

“I change according to my moods, enthuses the one who even bought a guitar for the son of the late Willie Lamothe. We never really have the one we need. I see them as works of art. I have them from all years. Looking at them makes me want to spend time with them. So I take one and often there comes a little melody, songs like little accidents.

His guitars, in fact, tell his story, from his beginnings (his first album, The Walls of Dust, released in 1977) to today, when the singer entrusts himself to go on stage to play the guitar.

“There are two characters in me, he continues. The singer, but especially the guitar player. I play two hours a day and then I sing.”

If the pandemic has not been creative at all for the author of Petite Marie (“rather monotonous and boring”, he says), it is because to write, he must experience things and see people. This forced stop was still a good time to question and reflect.

His wishes for the years to come? Continue to play and write, draw, play the guitar, of course, and why not, write a book that would tell his story! A way that he would like to dive back into what happened to him to understand what he went through; as an ode to the journey travelled.

Preparing for a great outing too, a question of leaving the profession one day in a good way. “You have to take care of your entrance and exit, it is better to leave yourself before they show us the exit”, adds the great admirer of Leonard Cohen who, despite everything, does not see himself retiring anytime soon. .

As for what makes him most proud of his career, Francis Cabrel has no hesitation when he replies that it is the creation, 25 years ago, of Voix du Sud: songwriting encounters between young people and experienced artists in her village, in which young Quebec artists, including Salomé Leclerc and Lisa Leblanc, took part. A human adventure that fills the mentor, lecturer and great artist that is Francis Cabrel with joy.

“I do it to share what I have learned, all that life has given me as comfort and to say that it is possible”, he breathes.

Francis Cabrel will be in concert from June 13 to 16 at the Grand Théâtre de Québec, on June 17 in Trois-Rivières, and at the Salle Wilfrid Pelletier at Place des Arts in Montreal from June 20 to 22. He will be back in Quebec next November to continue his tour. Details and tickets: franciscabrel.com

1 Rock of Ages: Lunou Zucchini “likes to share the... 2 Shock novel about toxic relationships 3 Escape the Hell of Black Mesa 4 How to prevent intestinal parasites from affecting... 5 Blindness Malaga: suddenly being plunged into darkness 6 Meta adds the ability to hang out with friends in... 7 Peter Sergakis: a tenant who pitches, but resists... 8 Young people to the rescue of employers 9 In the eye of Quebec inc: The CEO of Metro collects... 10 Corsair relieved of the failure of the purchase of... 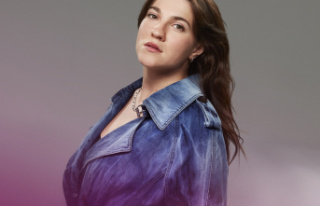 Rock of Ages: Lunou Zucchini “likes to share the...