150 years of the Deutsche Bank: As the Power broke

The largest credit institution of Germany celebrates 150-year-old birthday. As the Almighty center of the "Deutschland AG", a supposed giant was. Frankfurt 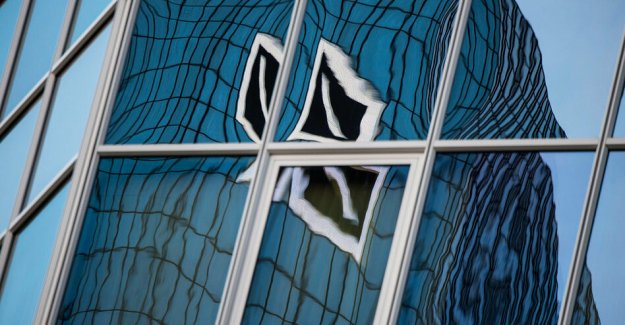 The largest credit institution of Germany celebrates 150-year-old birthday. As the Almighty center of the "Deutschland AG", a supposed giant was.

Frankfurt am Main: the Deutsche Bank Logo is reflected in a house facade photo: Andreas Arnold/dpa

BERLIN taz | Once Deutsche Bank had with leading German companies, such as, of course, a powerful blocking minority. On the main assemblies of Daimler, Siemens or Thyssen took 25 plus x percent of the votes – nothing was against your will. You decided on the composition of Supervisory boards and management boards and appointed hundreds of senior executives in their own councils. You women were hardly included – is no longer considered "men of the German Bank". Together with the own capital stakes in major enterprises, the German Bank-dominated until the turn of the Millennium, the "Deutschland AG". However, since the financial crisis, the Bank is considered by many observers as a sham giant. In this case, the credit institution had survived several deep crises.

150 years Ago, on 10. In March 1870, the founding Statute approved by "the highest decree Sr. Majesty the king of Prussia". Behind the establishment of Germany's leading private bankers are. Alone they are too small to Finance the emerging industrial capitalism. A novel joint-stock companies to raise the necessary capital. The purpose of Deutsche Bank AG for the promotion of "the trade relations between Germany, other European countries and overseas markets".

Long as this remains a global model of success. But the world economic crisis at the beginning of the thirties, the German Bank survives only thanks to government aid. In 1936, the Reich government of Adolf Hitler re-privatized, the Institute again. After the Second world war, the Bank will be closed in the East and in the West in a ten-part Institute will be divided. A study of the American military government (Omgus) shows the great importance of the Bank for financing a War and your participation in the "Arisierungen". It was not until 1957, Deutsche Bank is created and rises in the land of economic miracles to the number one.

The Bank is Left and liberal is always a Nuisance. According to the 1998 Federal election the SPD and the Green disentangle them. Chancellor Gerhard Schröder and his Vice Josef Fischer appointed a high-profile Bank critic, Hans Martin Bury, the Minister of state. A tax reform is to sweep away in October 2000, the oligarchy, a new growth impulse and the Power of the Bank to smash. The Reform allowed the sale of equity investments – tax. What is certainly in the interests of the Deutsche Bank: you are redeemed billion in the hopes they create in the world more profitable. Bury will later move to Lehman Brothers.

in the nineties, the close ties of Germany AG will not loosen. "Shareholder Value" and the alignment of the company in share prices, as well as the globalization internationalize the re-United German economy. New foreign capital interests, mutual funds such as Blackrock and Anglo-Saxon investment banks such as Lehman Brothers are starting to penetrate the German capital market. At the same time it also attracts German companies stepped into the world, for decades well-maintained all-round relations within Germany AG are considered to be obsolete.

Greg Lippmann, the former Star of the Speculation business, the language of the "crap" and "shit"

The crash in the Wake of the financial crisis of 2007/2008 is related to the massive build-up of investment banking. "High-risk investment instruments were produced without a customer order for the proprietary trading," says Bremen's Economics Professor Rudolf Hickel of the taz. From many E-Mails from the Deutsche Bank on Wall Street, the targeted production of scrap papers is understandable.

Greg Lippmann, the former Star of the Speculation business of the Bank, spoke of "crap" and "shit" that had to be turned to the "sows" will be displayed. The reason Hickel sees, ultimately, in the setting of a extreme return on capital of about 25 percent. "The crash in which a loss was inevitable as a result."

Other home-made problems. The recent history of the Bank was marked by huge scandals, criticized Gerhard Schick, the founder of the citizens movement Financial. "By their speculations to criminal behaviour, it has added to the society immense harm." Money laundering, Cum-Ex tax fraud or criminal Deals with environmental certificates are just some of the keywords.

For the financial market experts of the Chemnitz University of technology, the Bank remains "a big mystery". Professor Friedrich Thiessen pointed to the taz on the personnel policy: "at some point, the Bank lost the ability to top talent in-house to raise."

Since the nineties, the German Bank's top recruits chief forces against tip fees from other banks. In order to upset competitors and harm themselves. There is another Motivation to come into the house, says Thiessen: "no longer Proud to be German bankers, but the money motive." If a sufficiently large number of managers have a mercenary character, explains Thiessen, whether a Bank is "dead". No one do really something for the future.

1 Economic damage caused by Virus: Crash at Corona-shock 2 What are the markets moves today 3 A company car no longer pulls: What the workers arrive... 4 German companies have to switch to emergency mode:... 5 Putin's dangerous Zock: What's behind the slump in... 6 Environmental aid, criticizes government: Faster,... 7 Better than the overall market: investors prefer defensive... 8 Price of oil crashes, a massive 30 percent in the... 9 Diesel: the price for a litre may soon fall under... 10 A state of emergency in Italy: Ryanair cancels number... 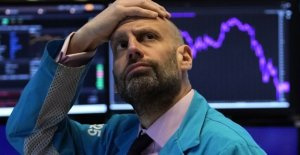