Plane crash in Iran: 176 Dead and no explanation

In the crash of a Boeing in Tehran, many students from Canada died. The cause prevails between Iran and the Ukraine disagreement. Also in Ukraine, grief, coll 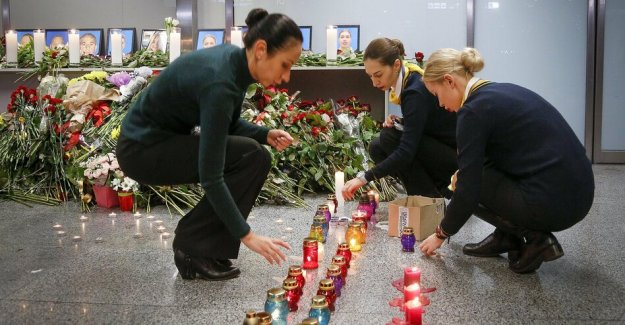 In the crash of a Boeing in Tehran, many students from Canada died. The cause prevails between Iran and the Ukraine disagreement.

Also in Ukraine, grief, colleagues of the dead crew members is at the airport in Kiev photo: ap

VANCOUVER taz | a few weeks Ago Siavash Ghafouri-Azar, and his girlfriend Sara Mamani had travelled to Iran to get married there. The mid-thirties, lived in the canadian province of Quebec. Both had studied in Canada, had good professions and had just bought a home in a suburb of Montréal.

On Wednesday wanted to travel the newly-Wed Couple after the wedding celebrations back to Canada, but their machine from Ukraine International Airlines crashed shortly after takeoff in Tehran. All 176 people on Board the Boeing 737-800 to Kiev were killed – including Siavash Ghafouri-Azar and Sara Mamani.

published On Thursday, Iranian investigators a report that a technical Problem is the cause of the crash could have been. The knowledge of the Iranian authorities for civil aviation, relating to the Statements of eye-witnesses. Therefore it was observed both on the ground as well as in a different machine from a great altitude that the Boeing was already in the air on fire. The plane headed for a nearby airport before it went to the ground.

remained Unclear, whether it is a mechanical Defect or a faulty component. Western intelligence services in safety circuits according to a similar initial assessment, such as the Iranian investigators. They also go by a technical malfunction and not that the machine is of a rocket was made, as it was called, on the part of three US whistleblowers.

Alexey Petrovich Danilov from the Ukrainian security Council considered, however, a missile attack or terrorism as a possible cause of the accident. It could therefore be a gate-missile system, developed in Russia. Ukrainian investigators, who had arrived in Iran, were still waiting for an approval by Iranian authorities, the crash site to investigate and search for rocket parts, said Danilov.

In Canada triggered the tragedy of great consternation, since, in addition to Iran, no Nation is more affected by the disaster: 138 of the passengers were on their way via Kiev to Canada when the Unthinkable happened. Among the Victims were families with children, young couples, businessmen, many of them canadian-Iranian origin are, according to canadian media.

many students, doctoral candidates and teachers enrolled in canadian universities or working there were noticeable. Many had spent their semester holidays with family members in Iran, and were on the return journey to Canada. There, some 11,000 Iranian nationals are currently studying. Not a few students after their training in Canada and the canadian government to take citizenship. According to estimates, up to 300,000 Canadians have a Persian Background.

Many Canadians with Iranian origin have passports of both countries. Since Iran dual nationality is not recognised, it in Canada that the number of canadian victims could rise, because many Canadians have not given your second Pass, maybe.

The route of flight from Teheran to Kiev to Canada in the Iranian community in the country as a popular. Because of the international sanctions against Iran, there are only a few of cheap flight connections and no direct flights from Tehran to Canada. Also the way the USA is blocked by many travelers, since US President Donald Trump 2017, and a ban against Iranian nationals and has imposed on it. (with rtr, ap)

1 Protest against coal project in Australia: Luisa meets... 2 Linnemann starts to alleged diesel scandal: a short... 3 Luisa Neubauer meets with Siemens chief: caution,... 4 Why Do Businesses Need Websites? 5 Million-Coup: Maschmeyer makes the fight against large... 6 Two years of a chest of drawers slain - Ikea pays... 7 Dax records within reach - investors to leave Iran,... 8 Your is also? Twelve banks with negative interest... 9 Be from ten euros to over 100,000 euros for the rest... 10 A little observation showed me: The end of cash is... 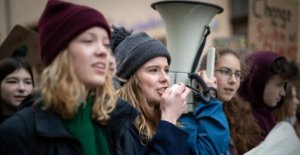