Anfac, Sernauto, CC.OO. and UGT request a tax reform that encourages the purchase of electric vehicles

They also urge the Government to improve the effectiveness of the Moves Plan. 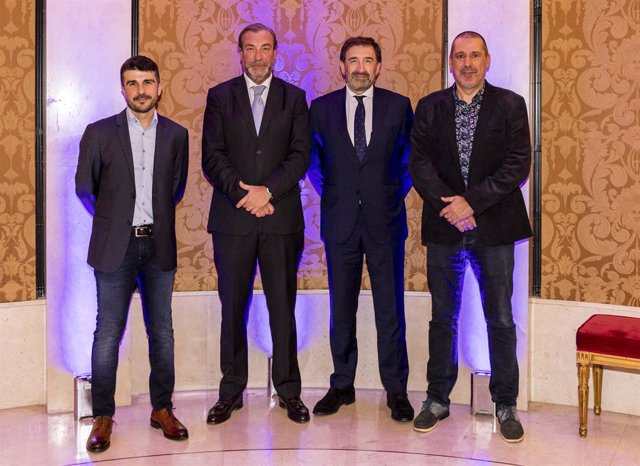 "We believe in a more use-oriented taxation, which rewards and at the same time encourages the purchase of electric vehicles but without penalizing the purchase of a new vehicle regardless of its technology, since this purchase implies renewal of the park towards a cleaner and more efficient one", as it appears in the package of 17 measures that the four organizations have proposed to the Executive to promote the automotive industry in Spain.

The organizations that sign the document have reminded the Government that its 'Plan to promote the value chain of the automotive industry' includes the need to address a "comprehensive reform of vehicle taxation in coordination with the territorial administrations (circulation and registration tax).

Along these lines, the manifesto also points to the need to "improve the effectiveness" of the third Incentive Program for Efficient and Sustainable Mobility (Moves) and, although the authors acknowledge that it has a "high endowment" and is "better designed" than their predecessors, urge the Government to "increase the speed of use" of these funds.

The document also emphasizes that according to the National Integrated Energy and Climate Plan (PNIEC) in Spain there should be five million electrified vehicles in the national park by 2030.

"Spain is progressing positively, having closed 2021 with a share of 7.8% of electrified vehicles compared to 4.8% the previous year. But it is necessary to accelerate so as not to be left behind, since the pace is slower than that of other neighboring countries", underlines the document, which gives Germany (26% share) and France (18.3%) as examples.

In this sense, the organizations have highlighted that the problem in this sense "is not the supply", given that during the past year the production quota of electrified passenger cars stood at 11.1%.

On the other hand, the manifesto also includes the need for "attractive" taxation in Spain that encourages innovation in products and processes and that encourages industrial development to get closer "to other European countries."

Thus, they request the Government to reinforce tax deductions for I D I and industrial investment with elements such as early amortization for investments related to electric mobility.

They also propose the creation of new bonuses in local taxation that serve municipalities to boost industrial activity linked to the electrification of the automotive sector.

In terms of investment, they also propose articulating an "open and permanent program" of industrial investment of a productive nature, as well as "public accompaniment" for investment in R D i in which "subsidized loans and direct aid" are integrated, exploiting those allowed by Community regulations.

In this context, the four organizations also propose that the automotive sector be prioritized because, according to their data, it accounts for 10% of the national GDP, 15% of tax collection and makes up 9% of employment by employing close to two million people directly or indirectly.

Another of the aspects that the document focuses on is the need for the number of charging points for electric vehicles to be multiplied by 25 in Spain, which currently stands at around 15,000, to reach the 340,000 that are needed to the five million electrified cars that are foreseen in the PNIEC for 2030.

"It must be taken into account that a high percentage of citizens do not have a parking space, therefore, the charging infrastructure must be deployed as quickly as possible, accompanying all the evolution of the industry and without losing sight of the most rural Spain "adds the document.

Another of the aspects that the package of measures affects is the need for a "single mobility model" for Spain, "focused on the person and which, at the same time, meets the decarbonisation objectives while maintaining the strategic position of the automotive industry".

In this sense, a "multimodal" mobility model is proposed in which citizens can use everything from public transport and the car, to electric scooters and bicycles "according to their needs". AUTOMOTIVE, EMPLOYMENT AND TRAINING TABLE

The four signatory organizations also urge the Government to reactivate the so-called 'Automotive Table' with a recurring calendar of meetings and a work plan.

"It must be a key space to work on employment, innovation, competitiveness and exports, strengthening the competitive position of our country to maintain Spain's global relevance as a manufacturer of vehicles and their components," the manifesto states.

Along these lines, they also ask the Executive that the so-called 'Electric vehicle charging infrastructure working group (Gtirve)' "expedite its work" to have a set of specific proposals "before the end of the year".

Regarding employment, the document also raises the need for a specific "requalification" plan for workers and that promotes training in new technologies, digitization and production of sustainable means of transport.

Likewise, they consider an equality plan necessary to promote female employment in the sector and promote STEM profiles (scientific, technological, engineering and mathematics) to act against gender gaps.

In this context, a "decided commitment" is also required for training plans aligned with the needs of the industry and they point out the need to "rejuvenate the workforce" of the companies because "certain tasks" in the plants "require such physical effort that after reaching certain ages they fail in less difficult tasks".

1 Enel will allocate almost a quarter of its investments... 2 The OECD does not expect a global recession and anticipates... 3 Florentino Pérez buys new ACS shares for 130,000... 4 The OECD estimates that Spain will grow by 4.7% in... 5 The OECD forecasts a slowdown in Latin America in... 6 PRESS RELEASE: Hainan Promotional Film Highlights... 7 RELEASE: intu Xanadú will distribute more than 1,500... 8 COMUNICADO: The high-performance single-seater 777... 9 RFOptic has received a major order from a European... 10 COMUNICADO: Infosys to Digitize and Automate Processes... 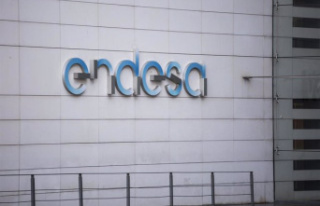 Enel will allocate almost a quarter of its investments...