Biden in Saudi Arabia, seeking oil and normalization with Israel

JEDDAH | US President Joe Biden arrived in Saudi Arabia on Friday, where he met King Salman and powerful Crown Prince Mohammed bin Salman, believed to be the mastermind behind the assassination of journalist Jamal Khashoggi by US intelligence. 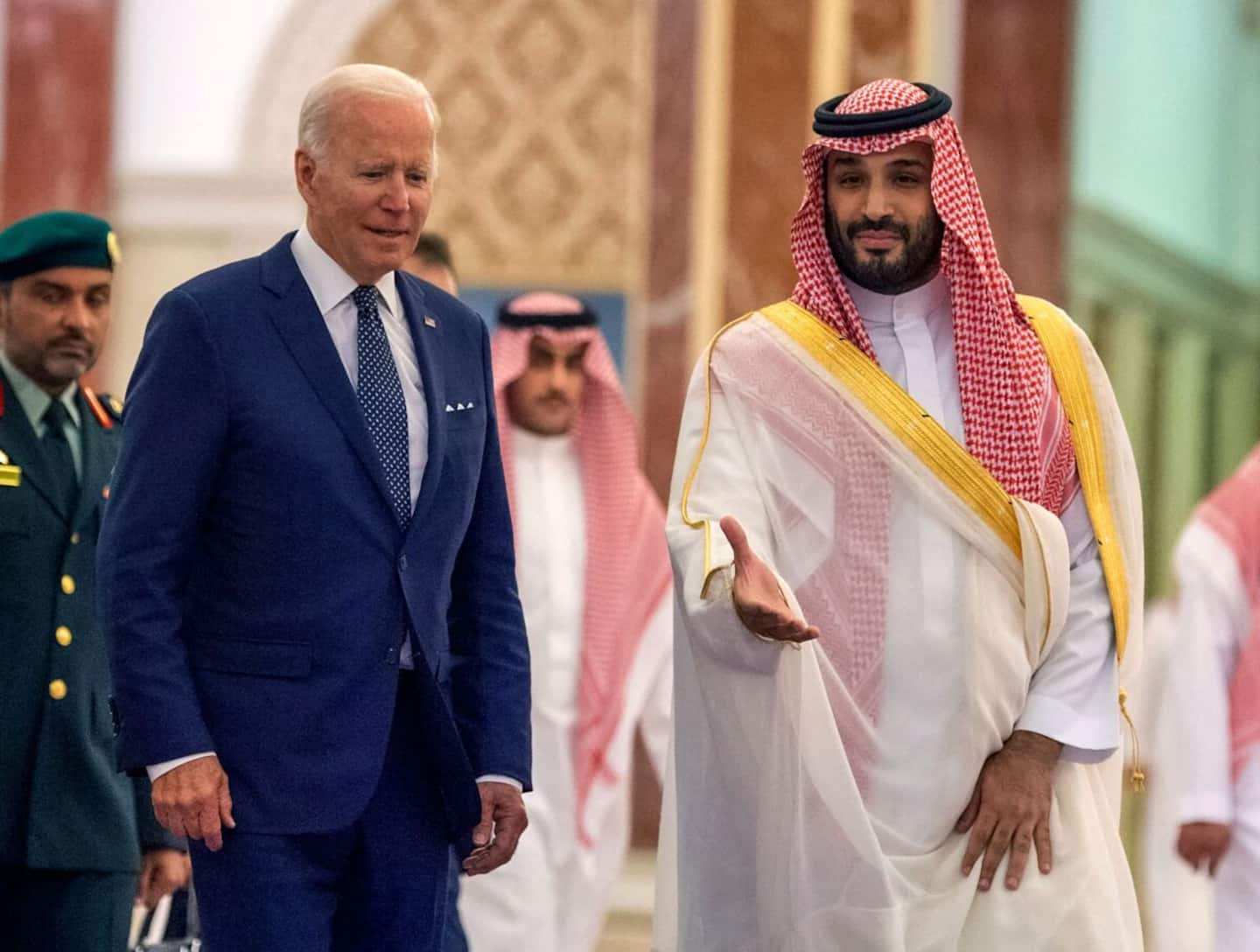 JEDDAH | US President Joe Biden arrived in Saudi Arabia on Friday, where he met King Salman and powerful Crown Prince Mohammed bin Salman, believed to be the mastermind behind the assassination of journalist Jamal Khashoggi by US intelligence.

• Read also: Common front of the United States and Israel against Iran despite their differences

Air Force One landed in Jeddah, western Saudi Arabia, after a direct flight from Israel, a first as Washington seeks to normalize relations between its two most important partners in the Middle East.

The American president, wearing sunglasses, was not received by his counterparts on the tarmac in Jeddah but by the governor of Mecca, Prince Khaled al-Faisal, and Princess Reema Bandar Al-Saud, Saudi ambassador in Washington.

But a few minutes later, Joe Biden went to the royal palace in Jeddah where he was greeted with a "check" of the fist, a form of greeting widespread since COVID-19, by Mohammed bin Salman, nicknamed MBS, the powerful 36-year-old de facto ruler of the Saudi kingdom.

In Jeddah, Joe Biden met the sick and 86-year-old King Salman before a “working session” led by the young Prince Mohammed, a key figure on all issues, from oil to the military.

The meeting between Mr. Biden and MBS is the high point of this tour of the Middle East, as Washington seeks to convince the kingdom to open the floodgates of its oil production. The challenge: lower the price of a gallon of gasoline as the midterm elections in the United States approach.

But when he was still a candidate, Joe Biden promised to make Saudi Arabia a "pariah", particularly because of the 2018 assassination of Saudi journalist and critic Jamal Khashoggi. Once elected, he had declassified a damning report on the responsibility of the prince in this murder.

The Saudi authorities have always denied direct responsibility of MBS in this murder.

Joe Biden's visit has been particularly criticized by human rights campaigners, with the powerful Gulf monarchy accused of serious violations, with a fierce crackdown on opponents.

Shortly before Mr. Biden's arrival in Jeddah, two announcements were made: Israel said it had "no objection" to the transfer of two strategic islands in the Red Sea to Saudi Arabia and the latter then announced the opening of its airspace to "all carriers", including Israeli, a "historic" decision for Joe Biden.

-Listen to Luc Laliberté, specialist in American politics at the microphone of Alexandre Dubé on QUB radio:

These two initiatives could, according to analysts, pave the way for a possible rapprochement between Saudi Arabia and Israel, a country which notably normalized its relations in 2020 with two Gulf countries allied with the Saudi kingdom: the United Arab Emirates and Bahrain.

The Saudi announcement came ahead of Mr. Biden's unprecedented direct Tel Aviv/Jeddah (west) flight, the first of its kind from Israel to Saudi Arabia that does not officially recognize the Jewish state. His predecessor, Donald Trump, flew in the opposite direction, from Saudi Arabia to Israel.

On Saturday, Mr. Biden will take part in a summit of leaders of the Gulf Arab monarchies which will also be attended by other Arab leaders.

An opportunity to push the normalization initiated by Israel with several Arab countries, in order to face Iran, which Israeli Prime Minister Yair Lapid did not fail to point out to him on Thursday.

However, the Palestinian political class opposes normalization between Israel and Arab countries, as long as the Israeli-Palestinian conflict is not settled.

Saudi Arabia itself has said it is in favor of establishing official ties with the Jewish state on this sole condition, regularly denouncing the occupation and colonization of the Palestinian territories.

Before arriving in Saudi Arabia, Joe Biden visited Augusta Victoria Hospital in East Jerusalem, the Palestinian sector of the Holy City occupied by Israel, on Friday, where he announced $ 100 million in aid to the local hospital network.

He then met Mr. Abbas in Bethlehem, in the West Bank, Palestinian territory occupied by Israel. Demonstrators were waiting for him with banners demanding “justice” for Shireen Abu Akleh, an American-Palestinian reporter, killed according to the UN and the Palestinians by Israeli fire.

While he reiterated his position that the conditions were not “currently” in place to relaunch the Israeli-Palestinian peace process, stalled since 2014, he however suggested that this impasse could not continue.

“We will never give up working for peace. There must be a political horizon that the Palestinian people can at least see or feel for the future. We cannot allow desperation to mortgage the future,” Biden said.

Mr. Abbas insisted on political measures to put an end, according to him, to Israeli “apartheid” in the Occupied Palestinian Territories.

1 Ivana Trump is said to have died after a fall 2 Historical drug trafficker wanted by the United States... 3 Biden has 'the blood' of Saudi regime victims... 4 Monkey pox: US struggles to meet demand for vaccines 5 Vinnytsia: 'No indication' that Russia targeted... 6 Ukraine receives its first delivery of M270 rocket... 7 Watch out for sharks near US beaches 8 [IN PHOTOS] A heavily damaged gas station in Quebec 9 Closure of Highway 640 in Rosemère due to a gas leak 10 A party ends in armed assault in Montreal North 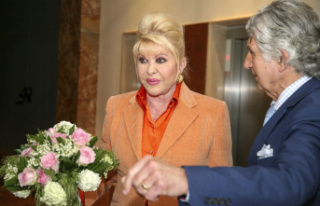 Ivana Trump is said to have died after a fall