Victim of increasingly strong storms due to climate change, Quebec is spending $9. 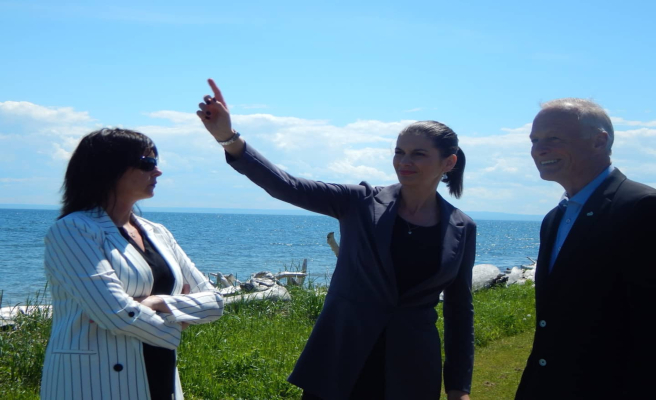 Victim of increasingly strong storms due to climate change, Quebec is spending $9.3 million to curb the erosion of the coast of Maria, in Gaspésie.

“At the IGA market, there is practically only one car parking space left behind the building. 15 years ago there was plenty of space. It is obvious that there is erosion and we must protect ourselves, ”launched the mayor, Jean-Claude Landry, while the municipality completes the financial package to the tune of $684,000.

The $10 million project aims to protect 1.2 kilometers of coastline on which reside residential and commercial assets valued at $22 million.

A beach replenishment has been mentioned, but the final studies have not yet been completed.

“I will not go any further, because I am not a specialist in erosion, but it is emerging and the specialists will provide us with solutions”, added the mayor.

Storms in 2005 and 2010 marked the imagination. Again last December, a storm tide of one meter had invaded rue Tournepierre, very close to the sea.

Once the solution has been chosen, the work will be carried out and should be completed in 2025.

There are more than 4,000 kilometers of coastline to protect in eastern Quebec and the Gaspé Peninsula is a very affected sector. Route 132 is fragile between Sainte-Anne-des-Monts and Manche-d’Épée.

“There are projects that are submitted. It is sure that here, it is a road. The Ministry of Transport is involved. Basically, we secure everything we can secure. The needs are immense. We have to prioritize, we go to the most urgent, ”said the Deputy Prime Minister and Minister of Public Security, Geneviève Guilbault, who came to Maria to make the announcement.

“We make sure that no one is in danger. Are there houses to be moved? Are there any roads in danger? We act. We add money every year,” said Minister Guilbault.

Following a violent storm on December 30, 2016 that destroyed the Percé promenade, Quebec released $20 million to replenish the beach to protect the shoreline and the historic heart of Quebec's tourist capital.

1 Russia has earned 93 billion euros through its fossil... 2 NASA loses two hurricane watch satellites at launch 3 World Women's Under-18 Championship: Canada advances... 4 Change behind the bench for the Florida Panthers 5 Amnesty accuses Russia of war crimes in Ukraine 6 When the unreal becomes real 7 Formula 1 Grand Prix: “The most difficult race of... 8 The Stars delighted with Mavrik Bourque 9 Drowning in Repentigny: neighbors tried to save the... 10 A Canadian representative at a Russian party: Ottawa... 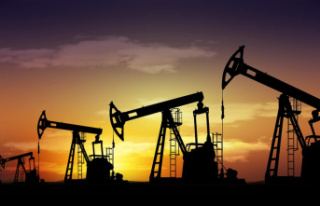 Russia has earned 93 billion euros through its fossil...