“I am very happy with my fate” -Louis-Jean Cormier

Freshly returned from a short trip to Europe, where he gave four shows to full houses, Louis-Jean Cormier is ready to attack the festival season. 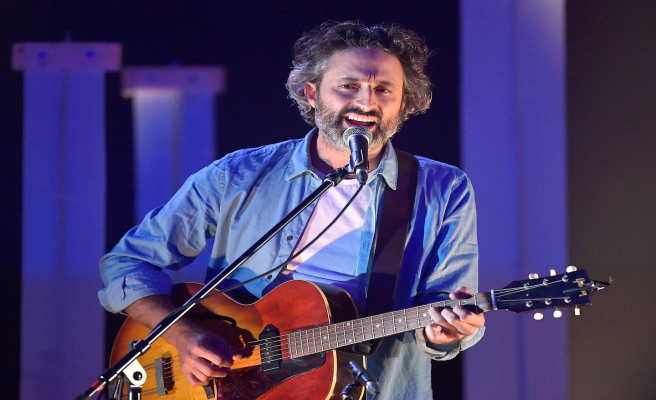 Freshly returned from a short trip to Europe, where he gave four shows to full houses, Louis-Jean Cormier is ready to attack the festival season. For the musician, who launched two albums during the pandemic, the next few weeks will be an opportunity to find the public in more festive contexts.

You're going to play on the big Francos stage next week. What does this festival represent for you?

“We grew up through the Francos. We did all the stages, all the scenes or almost. We met the whole team. We see Laurent Saulnier [responsible for programming] go away quietly not quickly. I still feel so privileged to have a scene like that, a Friday night quota. With many new artists from the new generation who are growing and going strong. I can see that we are getting old. I'm not complaining at all, I'm very lucky in my situation."

"But we can easily fall into the 'OK, what's next'? I have reached where, in my career, and how it is woven through the excellent Les Louanges, the excellent Hubert Lenoir, the excellent Klô Pelgag. At the same time, I'm very zen with that, I take what happens. I am very happy with my lot. Again, I think the pandemic has crushed us all to the ground, and there, everything that is happening to us is like a ray of sunshine now.

After the two years of pandemic that we have experienced, how do you envision your summer?

“I hope that the festival season is going to be a bit of a kick-off to the real cultural revival and the real recovery. People need to rediscover this delectable aspect that is the communicative pleasure of music. When you go to shows and you are in a crowd that is excited, it also excites you. There is something very communicative, both the charisma of the artist on stage and the reaction of the crowd. We were at the Vieux Clocher in Magog a few days ago, and we could see how happy people were. I wish that for Quebec culture this summer.”

What will your show look like at the Francos?

“For the Francos, it's an enhanced show, because it was a special order. We will also do it at the Festival d’été de Québec. It is a group of 11 musicians, including Robbie Kuster and Marc André Larocque, each on drums. There are four brass instruments, two choristers, Marie-Pierre Arthur and Erika Angell. It's going to be a little more like what I've done in the past with the end of the Les grands chaussées tour. We did what we called Le grand bal en blanc where we were 14 musicians with choristers and all that. [...] Normally, in a round, one makes perhaps 150 spectacles. There, we did nearly a hundred dates. We still have juice to give.”

You went to play in Europe lately. How did it go?

“It was great shows, two in Belgium and two in France. I was going a bit backwards. It had been three years since I had been there and I was wondering if it was going to be cool. Finally, it was sick! Rooms full of people singing the songs. wow! It was really trippy.”

“I have a great desire to develop Europe. I have written to some well-known singer friends there to tell them that if they are ever looking for opening acts, I can draw and go there for a few days to do solo shows.

You released two very close albums during the pandemic. Is there another that could be coming soon?

“No, but there are a lot of ideas, like a live album. We are wondering if we do it or not. Otherwise, there is always the Le 360 ​​digital platform that keeps me busy. I also do a lot of directing these days. I did Salomé Leclerc a few months ago. And there, I finished an album with an Innu from Sept-Îles, Matiu. We are mastering. It's really cool. I think we have a great album! Matiu deserves to be known. He has an extraordinary charisma. He has a kind of quickdraw à la Fred Fortin, à la Stephen Faulkner, Plume Latraverse. It's a great disc. It's a Tom Waits feeling. Punk in Innu, it does not run the streets!

♦ He will also be at the Festival d’été de Québec on July 13.

1 Cultural activities: what to do this weekend 2 Tribute concert: a last goodbye to Karim Ouellet 3 Guy Jodoin's career in 5 souvenir photos 4 The new challenges of Marilou Morin 5 8 culinary series showcasing the talent of local chefs 6 [PHOTOS] Immersive exhibition: the life of Frida Kahlo... 7 The return of Francis Cabrel to Quebec 8 Rock of Ages: Lunou Zucchini “likes to share the... 9 Shock novel about toxic relationships 10 Escape the Hell of Black Mesa 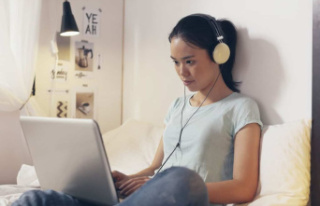