Identity theft: he receives 32 credit cards without his knowledge

A young man from the South Shore has been going through a real ordeal for a year after having his identity stolen by fraudsters who ordered 32 credit cards without his knowledge, for which Desjardins is demanding thousands of dollars from him. 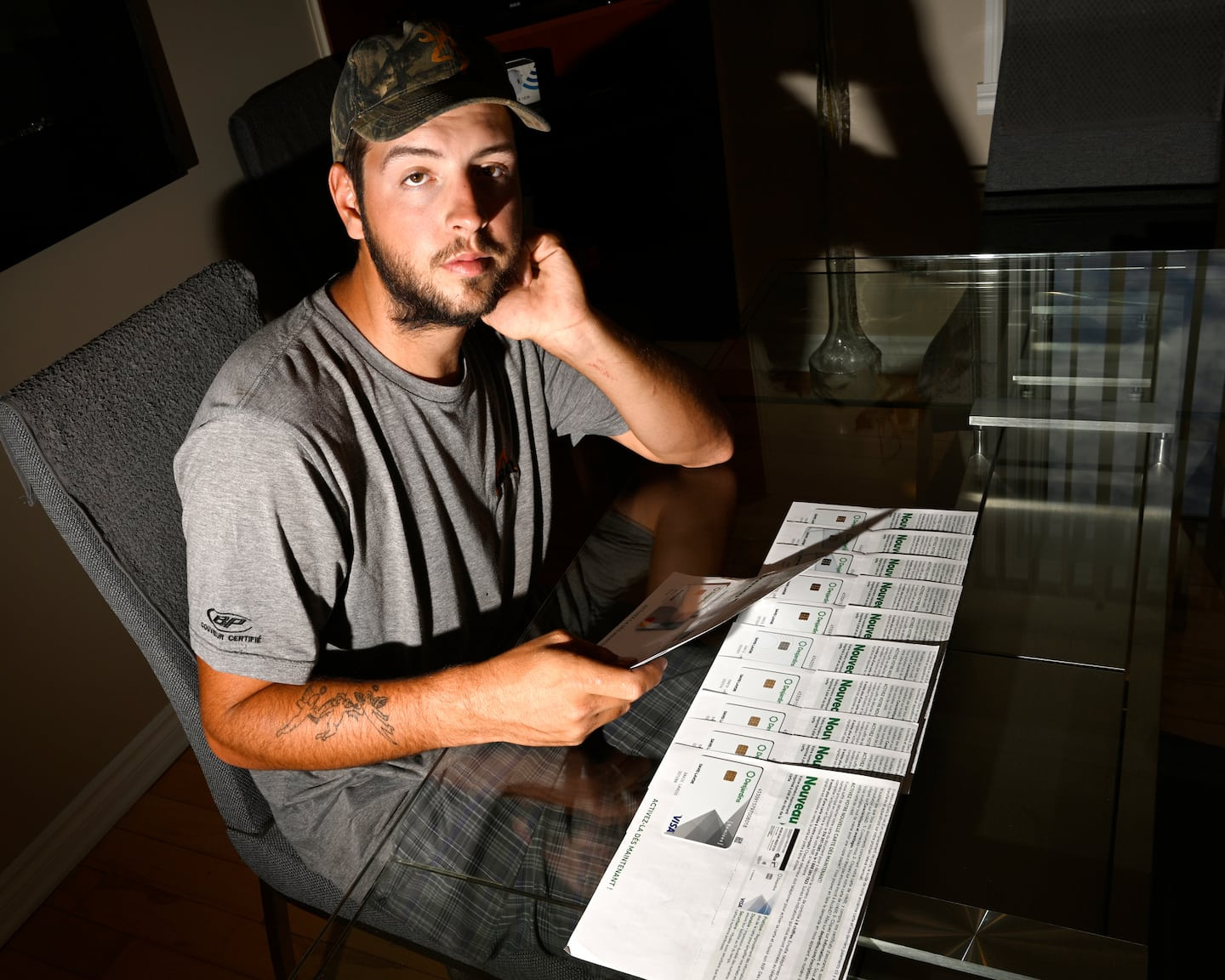 A young man from the South Shore has been going through a real ordeal for a year after having his identity stolen by fraudsters who ordered 32 credit cards without his knowledge, for which Desjardins is demanding thousands of dollars from him.

• To read also: The rogue fraudsters

• Read also: Four months without income after a fraud

The resident of Saint-Amable, in Montérégie, is exhausted from constantly receiving letters from lawyers and collection notices summoning him to repay debts that he claims not to have contracted.

A year ago, this roofer had the bad surprise to learn that 21 applications for Visa Desjardins credit cards and Accord D financing had been made in his name in 7 days for a cumulative total of $40,000. . In recent months, 11 additional cards have been issued.

When applying for Accord D financing, the amount is paid directly into the applicant's current account. Each request is linked to a credit card number.

"I immediately told Desjardins that I hadn't made requests like that," recalls David Lavoie.

However, it is already too late when he realizes this. The money had been deposited into his account and then withdrawn within days.

A fraud investigation was launched when he contacted the fund. In the following weeks, the young man received 11 credit cards at home, which he did not activate.

Beginning of the nightmare

At the end of its investigation, the financial institution held him responsible, since the person who withdrew these sums was in possession of the AccèsD password, an access card and the PIN linked to his account. The fund claims $15,000.

Only, David Lavoie maintains that his identity has been usurped, which Desjardins still does not recognize even after months of dispute.

“When I called Desjardins to access my account, they asked me for my cell phone number. And there, I was told “this is not the number I have on file”. So I couldn't even get into my account,” he explains.

The young man believes that someone else is impersonating him and has changed his phone number.

A fight for his rating

Beyond the sums he is asked to repay, David Lavoie is especially worried about seeing his credit rating deteriorate as he is bombarded with collection letters.

“I have reached the age of starting to want a house, but there, if it is not resolved, it is impossible. Even an apartment, they ask for a credit report,” he points out.

His quality of life is already affected.

“Will I get home and there will be someone to grab me? he asks himself.

This fear is so gripping that he prefers to sleep with his girlfriend or with friends.

A cyber-fraud expert says banking institutions need to do more to support victims of fraud rather than blaming them.

“Officially, it should be up to the bank to do its part. It is not up to someone who is being defrauded to prove that he is not the defrauder,” argues Patrick Mathieu, co-founder of Hackfest, a group of ethical hackers.

According to him, there is no adequate structure in place to support customers who are victims of fraud and make their lives easier.

A Way of the Cross

The story of David Lavoie (see text above) testifies well to the way of the cross that some customers have to go through to have them recognized that they are the victims and not the authors of a financial scam.

The 22-year-old is convinced that someone has changed his personal information and thus believes he is the victim of account theft.

The fraudster reportedly took advantage of his new account to apply for Visa Desjardins credit cards and Accord D financing in order to pocket a sum of nearly $40,000.

“If a fraudster has changed their information, often the banks will try to blame the person because they are the ones who, for example, lost their password. But the real fault is Desjardins, ”judge Patrick Mathieu.

"They don't have a secure system in place and they accept passwords that are easy," he continues.

According to Patrick Mathieu, this situation looks more like an account theft, which has nothing to do with the 2019 data leak at Desjardins.

For nearly a year, the young man from Saint-Amable has therefore been trying to convince the financial institution that he is not at the origin of the fraud for which he is accused.

“They told us that they were able to prove that David made the transactions. They were therefore asked at which counter and at what time they had taken place. Afterwards, I brought out his time sheets to show that he was not there, but they never wanted to give us the information, ”explains his grandfather Daniel Lavoie, who supports his grandson. in that case.

For Patrick Mathieu, this example is a good example of the shortcomings in the processes for supporting customers who are being tricked.

1 Salary drop: Tupperware saleswomen quit 2 Municipal elected officials are jostling to be candidates... 3 Vanilla ice cream on the test bench 4 Towards a cure for deafness? 5 Salaries: Quebec lumberjacks have their wool eaten... 6 Find the right residence for your parents 7 The first shipment of Ukrainian grain is about to... 8 Marjo: look straight ahead and move forward 9 Six days of penance for healing and reconciliation 10 The CH in an improved division 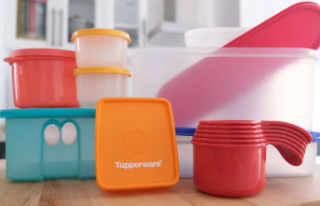