[IN IMAGES] Descents to the heart of the REM

As we approach the end of the work that will connect Montreal airport to the Metropolitan Express Network (REM), we were able to descend into the heart of the newly dug tunnel. 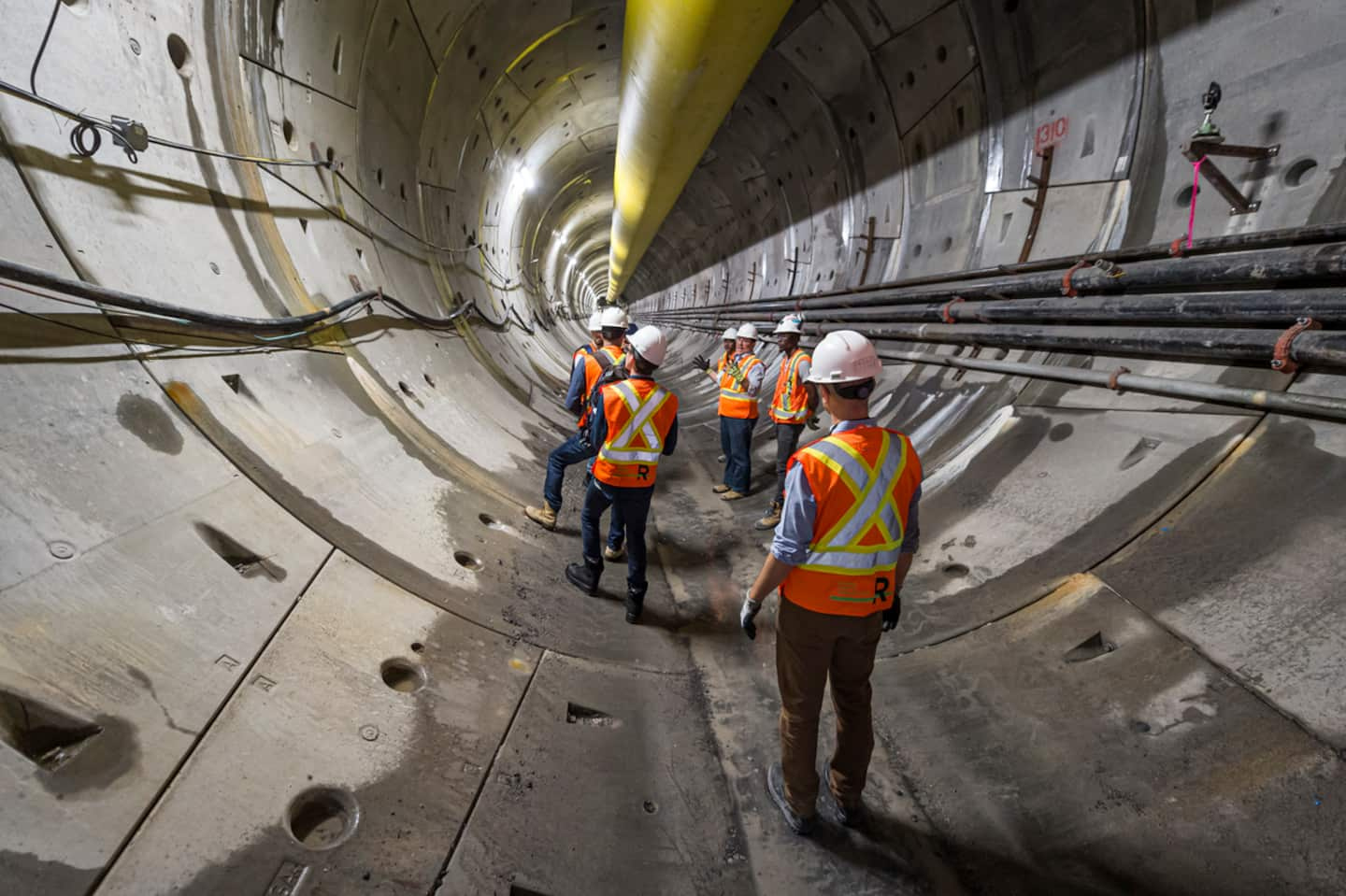 As we approach the end of the work that will connect Montreal airport to the Metropolitan Express Network (REM), we were able to descend into the heart of the newly dug tunnel.

The descent to the site is done through a trench of about 600 meters, located 15 meters from the surface. All around, the CDPQ Infra, responsible for the project, has built the necessary infrastructure to manufacture the concrete, treat the water, transport the materials and evacuate the excavated earth.

The tunnel itself, 2.5 kilometers long, is located 30 meters from the surface.

“In our case, we had two situations. We had both loose soil and rock. That’s why we used technology like that,” explained Marc-André Lefebvre, our guide for the visit, and NouvLR communications director.

With a diameter of about 7.5 meters, the tunnel boring machine has a head made up of 47 discs, each of which exerts a pressure of 25 tonnes to break down the ground. The cuttings are then evacuated by an endless screw on a conveyor belt, up to the surface.

Near the front, a control cabin ensures the proper functioning of the tunnel boring machine. "It's a job that requires a lot of experience. For a project like this, we must make sure to seek out the best in the world to ensure we have the necessary expertise. It made it possible to import this knowledge to Quebec to train people, ”revealed Mr. Lefebvre.

The “shield”, which represents the front part of the device, is 30 meters long and weighs 430 tons. At each advance of 1.5 meters, the pistons retract in order to be able to place segments that will support the tunnel.

Each ring is made up of seven voussoirs, which complete the circle. A total of 1045 rings are installed over the 2.5 kilometers of the tunnel.

Concrete is then poured into the space between the rock and the ring to ensure complete waterproofing. This is one of the points on which there is still “a lot of work”.

During the excavation, about a hundred workers took turns working three shifts lasting 12 hours each.

“In the middle of winter, there are people who come down here in the dark, who come out in the dark, and who spend their day in the tunnel without ever seeing the light of day. It is an extremely difficult job to do,” said Mr. Lefebvre.

As we advanced, the ground was covered with water. A normal situation, according to the explanations provided to us, as the rainwater descends through the trench towards the tunnel. Once the work is completed, the area should be completely sealed.

Eventually, a raft, a stable platform, will be installed slightly above the ground to lay the REM rails on. The various electrical cables necessary for its proper functioning will be concealed below.

Over the next few months, the teams will dismantle the tunnel boring machine, which will only have been used for this tunnel.

Aéroports de Montréal (ADM) will be responsible for building the station that will lead to the tunnel. No date has yet been put forward for the inauguration of the future station, although the REM should be inaugurated in 2024.

1 Sexual assault: police officer Samuel Ducharme arrested... 2 The pope will receive François Legault and his wife... 3 COVID-19: 25 new deaths in Quebec, hospitalizations... 4 Landslide in Saguenay: work is delayed due to an insurance... 5 Hockey Canada: the special fund was used to make nine... 6 Shawn Mendes will not come to the Bell Center 7 Almost a quarter of Canadians have changed jobs recently 8 US lottery jackpot exceeds $1 billion, one of biggest... 9 Inflation: first increase in cheeseburger in 14 years... 10 US assault rifle sales have grossed over $1 billion... 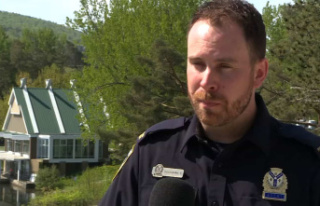