Pamela Ware is still struggling to turn the page

Diver Pamela Ware was hit hard when she was unable to qualify for the World Aquatics for the first time in her career. 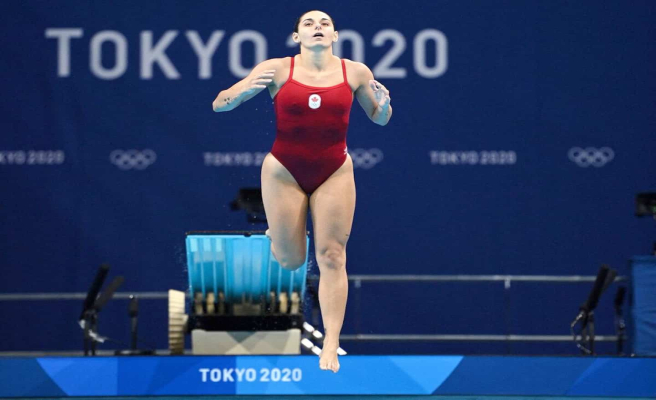 Diver Pamela Ware was hit hard when she was unable to qualify for the World Aquatics for the first time in her career.

"It was really difficult at the beginning and I was a little lost," said the two-time Olympian. I did not know what to do. This is the first time in my career that this has happened to me. »

Ware finished third in the 1m and 3m springboards at the Summer Nationals in Victoria May 27-29.

The top two in each event who have met Diving Canada's standards have earned their ticket to the World Aquatics which begin Saturday in Budapest and the Commonwealth Games, which will take place from July 28 to August 8 in Birmingham, England.

The events of the Tokyo Games, where she completely screwed up a 3m springboard dive, are still fresh in her mind.

"The dramatic events in Tokyo are still playing in my head," she admitted. It's taking me longer than expected to get over it. I did the same dive again after the Games, but I finally decided to stop because it was too difficult mentally. I loved that dive and thought it was just a mistake. I was the only girl in the world to do it. »

On her final dive in the semis, Ware missed her take-off jump on her reverse somersault and a half with three and a half twists. She ended up in the water with her feet first to avoid possible injury and her chances of making the final were gone as well.

Ware, however, has no intention of hanging up her jersey like her friends Meaghan Benfeito and Jennifer Abel, who ended their careers in Japan.

"It's 100 per cent clear that I wanted to continue when I came back from Japan," said the author of a fourth place in synchro in Rio in 2016 and a seventh place in the individual event. I want to do the 2024 Games in Paris. At Nationals, I thought I had a chance to qualify, but I ran out of time to show consistency in my dives. »

"I would have liked to qualify for the worlds and the Commonwealth Games, but it's not a very important year," Ware continued. This is not the end of the world. It will give me more time to improve my diving and not relive the trauma of Tokyo. When I returned, I had not consulted a mental trainer, but I will. I need to talk. »

In addition to his failed dive in the Japanese capital, Ware has been working with a new coach since returning from Tokyo. Diving Canada hired Hui Tong after the Games. Ware had worked with Aaron Dziver for 15 years.

"It's a big change," said the oldest member of the Canadian team. My new coach is positive and that's a good thing because sometimes I have a hard time being positive because of all the changes I've been through. »

Pamela Ware has to deal with a very different environment from the one she has always known.

With her coach Aaron Dziver gone, with whom she had worked for 15 years, Ware also lost two teammates and friends with the retirement of Meaghan Benfeito and Jennifer Abel, whose last career competition was the Tokyo Olympics in the summer of 2021 .

"It's hard not having Meaghan by my side anymore," said the 29-year-old diver who is now the oldest member of the Canadian team. We were always together and we could talk to each other about everything. It's different. I plan to ask her how she handled the situation when she became the oldest on the team. »

Ware has agreed with her trainer that she will not follow the same training routine as her teammates.

"We're eight years apart and that's a big difference," she said. I'm not 17 anymore and I can't keep up with the girls. To respect the girls' school schedule, we had two training sessions a day with a one-hour break. »

"At my age, it's not enough to recover," Ware added. I will keep the two two-hour sessions, but with a three-hour break. It will allow me to go home to refuel between sessions. »

1 Francos: a big party signed Émile Bilodeau 2 An armed and dangerous Gatineau resident wanted by... 3 Canadian women covered in gold at World Under-18 Championship 4 Pope's visit: many Americans will be in Sainte-Anne-de-Beaupré 5 Why is it expensive, "tapping" his motorcycle? 6 Anatomy of the construction site-labyrinth 7 Research: imitating fish to heal the heart 8 Office workers come to the rescue during the Formula... 9 Grand Prix: a tsunami of tourists, but who will welcome... 10 Goodbye gasoline, hello metro and electric vehicle 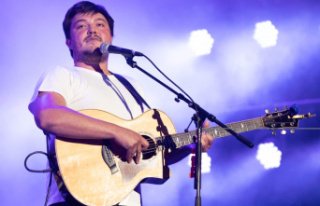