Sending Russian turbines back to Germany: Ukrainians demonstrate against Trudeau

Flag in hand or dressed in blue and yellow like their motherland, a hundred Ukrainians strongly denounced, Sunday in Montreal, the decision of the Trudeau government to ignore international sanctions against Russia at a time when towns and villages are still being bombed. 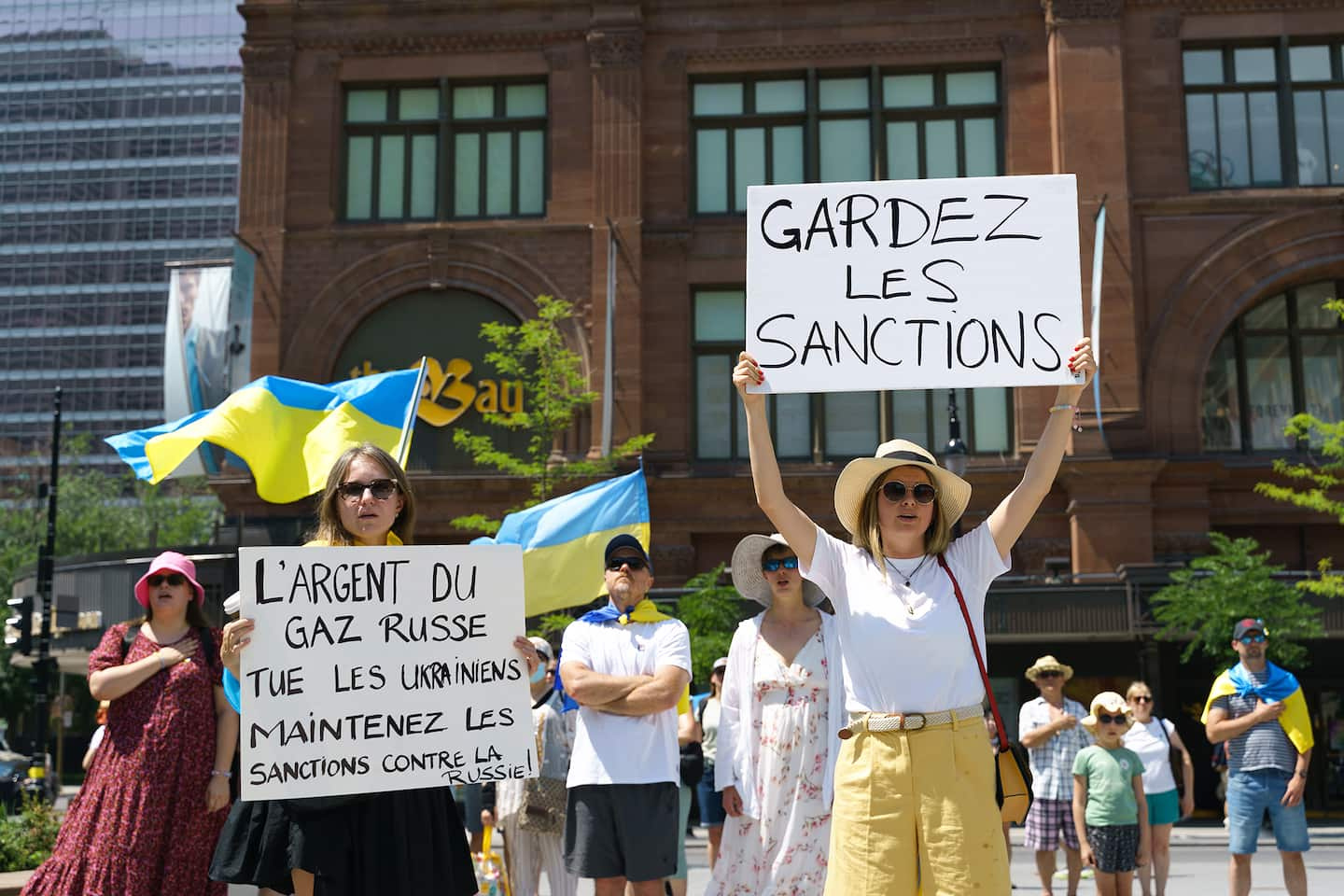 Flag in hand or dressed in blue and yellow like their motherland, a hundred Ukrainians strongly denounced, Sunday in Montreal, the decision of the Trudeau government to ignore international sanctions against Russia at a time when towns and villages are still being bombed.

“We do not prevent and we do not punish genocide by lifting sanctions, especially in the field of energy,” exclaimed Eugène Czolij, honorary consul of Ukraine in Montreal during a speech.

The latter was addressing the crowd gathered in Phillips Square under a strong sun as part of a demonstration organized by the Congress of Ukrainian Canadians to oppose the return of turbines to Russia.

Last week, the Trudeau government decided to allow the repatriation of the turbines used by Gazprom for its Nord Stream gas pipeline. These are currently in Montreal for repair.

However, since Russia is targeted by international sanctions on the export of oil and gas-related equipment, Canada has decided to return the turbine, not directly to Gazprom, but rather to the German Siemens, which will then handing it over to the Russian energy giant, thus circumventing the sanctions.

While many still worry about the fate of their loved ones in Ukraine, the protesters present Sunday in the city center implore Canada to reconsider its decision.

"I believe these turbines should stay in Canada forever," says Mike Onishchenko.

"At this point in the war, the only way to make the Russian people understand what is really going on in Ukraine is by imposing sanctions," said Kristina Kubayati, who fears that Canada's decision creates a dangerous precedent.

Some, like Anastasia Naumova, even consider that the government's decision is hypocrisy.

"The Canadian government does a lot of good things for my country by sending humanitarian aid, but when I saw that it allowed the dismissal of the turbine, I was surprised and disappointed because it helps to leave the Ukrainians die," says this young woman of 16, who arrived in Canada three months ago.

1 Two electrified electricians in Saint-Jean-sur-Richelieu 2 Roger Waters at his best at the Videotron Center 3 Death penalty or life in prison for the Parkland killer? 4 Hockey Canada scandal: Players to respond to NHL 5 Delta announces order for 100 Boeing 737 MAX 6 Drought in Los Angeles: the water police on the lookout 7 Drought: half of EU territory “at risk” 8 Towards an improvement of aeromedical evacuation services 9 'No question of going there': Corey Conners... 10 Pete Alonso three-time circuit contest champion? 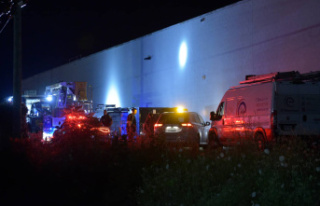