Russian forces achieved major military successes in eastern Ukraine on Saturday, fully seizing, after a fierce battle, the strategic city of Severodonetsk and entering the neighboring city of Lysytchansk, in the beginning of the fifth month of the conflict. 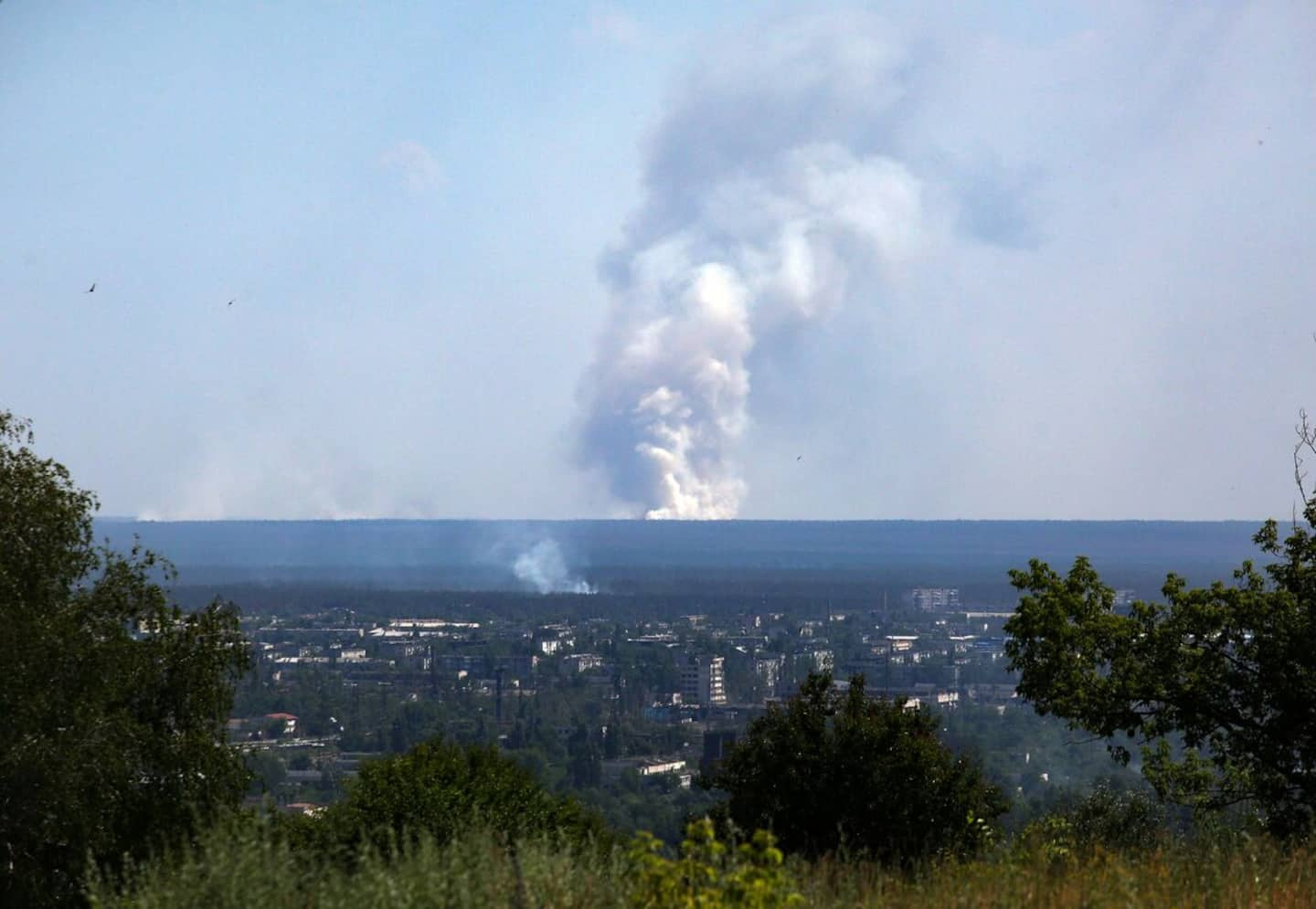 Russian forces achieved major military successes in eastern Ukraine on Saturday, fully seizing, after a fierce battle, the strategic city of Severodonetsk and entering the neighboring city of Lysytchansk, in the beginning of the fifth month of the conflict.

• Read also: Near the new frontline in the Donbass, a feeling of abandonment

• Read also: Moscow claims to have killed “up to 80” Polish fighters

At the same time, Russian President Vladimir Putin announced that his country would “in the coming months” deliver to Belarus, from where strikes were carried out against Ukrainian territory, missiles capable of carrying nuclear charges.

It is Iskander-M, said the Russian head of state at the start of a meeting with his Belarusian counterpart Alexander Lukashenko in Saint Petersburg (north-west of Russia).

In statements that risk further clouding relations between Moscow and the West, the two leaders also said they wanted to modernize Belarusian aviation to make it capable of carrying nuclear weapons.

Kyiv had shortly before accused Russia of wanting to “draw” Minsk “into the war” after the firing, according to the Ukrainian army, of twenty missiles from Belarusian soil as well as planes, on an important Ukrainian military center in Desna ( north), Saturday at dawn.

This village in the Cherniguiv border region, where no casualties were reported, had already been the target on May 17 of bombardments which then left 87 dead according to the Ukrainians.

Attacks from Belarus had taken place at the very beginning of the invasion of Ukraine launched on February 24.

US President Joe Biden arrived in Europe on Saturday evening, where he intends to further consolidate, and over time, the ranks of Westerners against Moscow.

He is due to participate in a G7 summit in southern Germany on Sunday, where aid to Ukraine will be discussed, then, from Tuesday, at the NATO summit to be held in Madrid.

British Prime Minister Boris Johnson on Saturday called on G7 leaders not to 'give up on Ukraine', warning against 'fatigue' in supporting Kyiv and announcing additional economic aid of up to $525 million , bringing the total to 1.8 billion.

"Any sign of fatigue or weakening in Western support for Ukraine will work directly in President Putin's favor," Downing Street insisted.

In eastern Ukraine, the Russian army made major advances on Saturday.

Severodonetsk is “entirely occupied by the Russians”, thus recognized at the end of the afternoon its mayor, Oleksandre Striouk, the day after the announcement by the Ukrainian army of its withdrawal from this city of approximately 100,000 inhabitants before the war to better defend the locality of Lyssytchansk, located on the opposite bank of a river, the Donets.

The governor of the Lugansk region, Sergiï Gaïdaï, confirmed the occupation of Severodonetsk on Saturday evening, stressing that the city was “90% destroyed”. It will be very difficult to survive it.” According to him, the Russians have appointed a “commander” for this city from which it is only possible to escape “through occupied territories”.

The separatists at the same time declared that they had “taken full control of the industrial zone of the Azot factory” in Severodonetsk and entered with the Russian military in Lysychansk.

“Street fights are currently taking place there,” they added, without confirmation from an independent source being immediately obtainable.

Crucial progress on the ground for Russia, which wants to conquer the entire industrial basin of Donbass, already partially in the hands of pro-Russian separatists since 2014.

“Everyone is suffering. We try to survive,” says Nina, 64, a retiree who pushes her bicycle in Seversk, near the front line. “There is no [running] water, no gas, no electricity. We have been living under bombs for three months, it is the stone age.

"The city is absolutely dead, and we would like to live a little longer," complains Marina, 63, a retired worker. “They are just killing us, it is dangerous everywhere.”

The Russian army says it killed “up to 80 Polish mercenaries” in a bombardment, also destroying twenty armored vehicles and eight Grad multiple rocket launchers in high-precision weapons fire on the Megatex zinc factory in Konstantinovka , in the eastern region of Donetsk.

This information was also not verifiable. Moscow frequently claims to "eliminate foreign mercenaries" who went to fight in Ukraine.

In Kharkiv (north-east), Ukraine's second largest metropolis, which has resisted pressure from Russian troops since the start of the offensive, missiles are falling again daily on the city center.

During the night from Friday to Saturday, one of them hit an administrative building near the hotel where an AFP team was staying and caused a fire, according to the Ukrainian emergency services. The building had been bombed before. “The Russians are finishing what they started,” commented a soldier on Saturday who did not disclose his identity.

In the south, the Russian Defense Ministry said on Saturday that "more than 300 Ukrainian servicemen and foreign mercenaries and 35 heavy weapons units" had been "liquidated in one day in the Mykolaiv region".

The operational command of the southern region indicated on the night of Saturday to Sunday that the Russians continued their "defensive actions", increasing the intensity of the strikes, but "without aiming at new targets".

In this context, Kyiv castigated the Russians' condemnation of the green light given Thursday by the European Union to Ukraine's candidacy.

"It only shows the weakness of Russia," tweeted the head of Ukrainian diplomacy, Dmytro Kouleba.

Moscow had denounced on Friday a “geopolitical grabbing” of the space of the Commonwealth of Independent States (CIS, bringing together several countries of the former USSR) to “contain Russia”, ensuring that “this aggressive approach of the European Union has the potential to create new schisms and much deeper crises in Europe”.

In addition, Turkish President Recep Tayyip Erdogan said on Saturday that no progress had been made regarding Sweden's desire to join NATO, after a telephone conversation with the Swedish Prime Minister, Magdalena Anderson.

Sweden and Finland applied to join the Atlantic Alliance in the wake of Russia's invasion of Ukraine, but faced blockage from Ankara.

1 North Dakota's only abortion clinic heading to... 2 Samuel-De Champlain Bridge: major hindrance after... 3 A bit of positive for Toronto FC 4 Saint-Liboire: a septuagenarian loses his life by... 5 Jonathan Huberdeau trusts Paul Maurice 6 Right to abortion: American women disgusted by this... 7 Skin cancer: ever more cases of melanoma 8 The chaos to find movers by the 1st 9 A triumphant entry to the ball 10 His tenants leave him an extremely unsanitary house 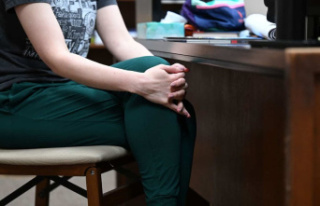