A caustic social portrait, the piece Vernon Subutex 1 is a succulent cocktail of lost souls accompanied by a zest of trashy humor against a background of rock music, at Usine C. 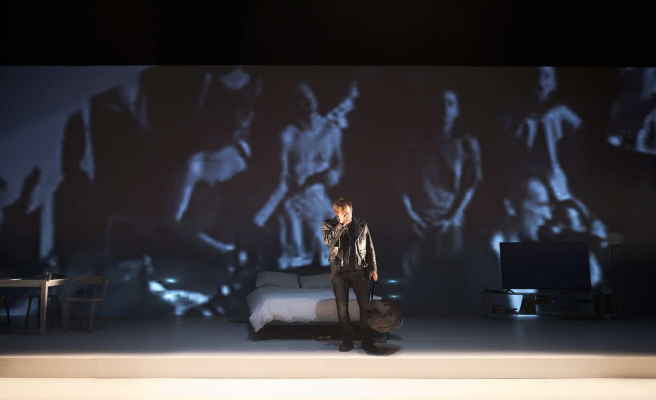 A caustic social portrait, the piece Vernon Subutex 1 is a succulent cocktail of lost souls accompanied by a zest of trashy humor against a background of rock music, at Usine C.

• Read also: End of a big season for David Boutin

Remaining faithful to the eponymous novel by the Frenchwoman Virginie Despentes, this production tells the decline of a man who falls into destitution following the loss of his record store. Homeless, Vernon, played by David Boutin, knocks on the door of old friends so as not to end up on the street. The public then gets to know these people who are all experiencing problems and who do not hesitate to share them.

This succession of recriminations is, however, tinged with irreverent humor. The remarks are raw and address with relevance the phenomena of French society, and by extension, ours. Racism, social inequalities, religion, pornography, individualism, domestic violence... There is something for everyone. And sexual desires and cocaine are never far away.

Angela Konrad's staging is imaginative. For example, the scenography impresses. Thanks to projections, the backdrop changes as Vernon Subutex moves from place to place to survive. The music (completely in English) is everywhere. Especially 1980s rock, it marvelously enriches the story. It makes it possible to bridge the gap between what the characters have become and their past which connects them.

Several elements of the show remain unresolved at the end of the evening, but Angela Konrad is working on the theatrical adaptation of the two other volumes by the French author which followed the release of the first novel in 2015. Viewers will have to be patient, because the sequel should not be mounted until 2024.

is presented until June 22 at Usine C.

1 Loud Lary Ajust has the last word at the Francos 2 A musical mass that is not flat at all 3 A tour that starts with a bang 4 Annie: from Broadway to Montreal 5 Here's why Amber Heard was sentenced more heavily... 6 Festival Québec Jazz: five concerts to see 7 'Buzz Lightyear': Peruvian cinema chain... 8 'Back to the Future' videotape sets auction... 9 TV nostalgia: David Savard, a fan of the 1970s 10 Cine nostalgia: the 40 years of “E.T.”, “The... 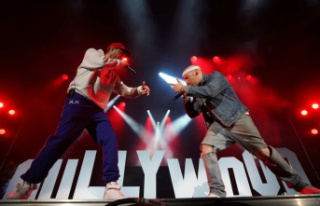 Loud Lary Ajust has the last word at the Francos