Agreement on the exit strategy from Coal: environmental groups are outraged

the Federal government, States, and corporations have agreed to a shutdown plan for coal-fired power plants. But the demands of the coal Commission will not be 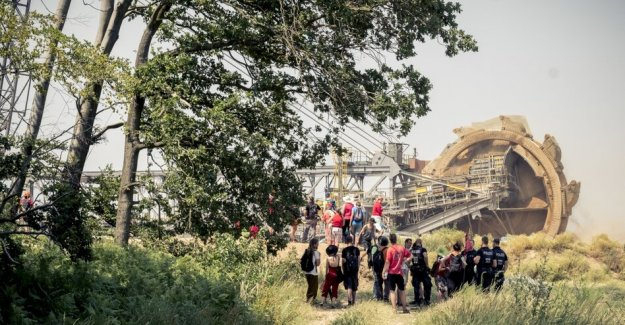 the Federal government, States, and corporations have agreed to a shutdown plan for coal-fired power plants. But the demands of the coal Commission will not be implemented exactly.

"the Red line"-Demonstration on the hambach forest in the summer of 2019. The brown coal excavator, the RWE approaches photo: David Klammer/laif

BERLIN taz | less than a year after the so-called coal Commission presented its report, the government is now in the implementation: In the night from Wednesday to Thursday, representatives of the Federation and the länder agreed on a concrete Plan of how the coal phaseout will expire. While economy Minister Peter Altmaier (CDU), spoke on the Morning of a "historic breakthrough", see environmental associations, the decision as a betrayal of the decisions of the Commission, in which they had participated.

a Central Element of the agreement is accurate, with the operators of a coordinated Overview when a brown coal-fired power plant from the grid. Is begun in the Rhine area, where RWE is still in this year, the first smaller Block still. Seven more to follow by the end of 2022, so that the installed capacity is reduced there of 2.8 gigawatts.

In the East of the exit begins in 2025, when a Block of the power plant Jänschwalde in the so-called safety standby, i.e. switched off, but for emergency readiness is maintained, 2027, another follows. A total of eight blocks, both in the West and in the East, then follow in 2028 and 2029.

Seven power plant units, which together account for a third of today's capacity may until the end of 2038 on the network. In the year 2026 – and thus earlier than previously planned – to be checked, whether the whole of the last Phase of the exit may be preferred to three years, said environment Minister Svenja Schulze (SPD).

For the early decommissioning of their power plants, the operators receive a compensation of 4.35 billion euros. Of 2.6 billion euros will be invested solely on, RWE, reported Finance Minister Olaf Scholz (SPD). It is believed that more than the last. The share prices of affected companies rose after the agreement.

environmental groups strongly criticised the deal: The FEDERAL government spoke of a "climate of political scandal", the climate Alliance, evaluates the result as a "disaster". Although it has been complied with the request of the Commission, to get the competitive hambach forest. Not managed to save several endangered villages, to make way for the open pit Garzweiler.

Above all, the protector of the climate does not interfere, however, that the phase-out of lignite as requested by the Commission, "as constantly" runs, but the power plants in stages, rooms always be at the end of the allotted time shut down. "The Central decisions of the coal Commission will not be implemented," said Kai Niebert, from the German nature conservation ring, who was himself a member of the Commission. "I have not discussed all night long, sweating, and the Hand lifted."

Also with dates 4, a new coal-fired power plant to the grid is allowed to go, outraged environmental groups. "This is a clear break with the coal-compromise," says BUND Chairman Olaf Bandt. "The large-scale societal conflict is not so relaxed, but fanned the flames."

economy Minister Altmaier, however, defended the decision. Because in turn, more older coal-fired power plants are to be decommissioned, be it through the start-up of dates "is possible, much more CO2," he said. Details of the new exit path in the case of the coal have not been informed on Thursday. No later than 29. January needs to be all cleared up. Then – almost exactly a year after the end of the Commission wants to bring to the Cabinet the legislative package on the way.

1 Scientist about insects die: We need to rethink 2 Committee of inquiry into the toll: a Little less... 3 Phase-out of coal: not the last word 4 Agreement on the exit strategy from Coal: the next... 5 YouTube Star Julien Bam is the Designer for Aldi! 6 Auto summit: It is a horror scenario goes through... 7 The first child is because: So you can provide as... 8 Three-quarters of Germans pay taxes like debt reduction... 9 It is a Drama: works warns Jobkahlschlag in Real 10 Retirement plans for the self-employed: this is how... 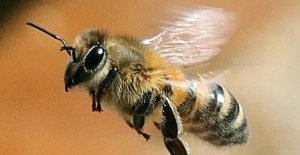 Scientist about insects die: We need to rethink