Truce in the trade dispute: the United States and China, now with agreement

The world's largest economies have closed the first part of trade agreements. Experts say that The truce is fragile. Benjamin Franklin and Mao Tse-tung on ba 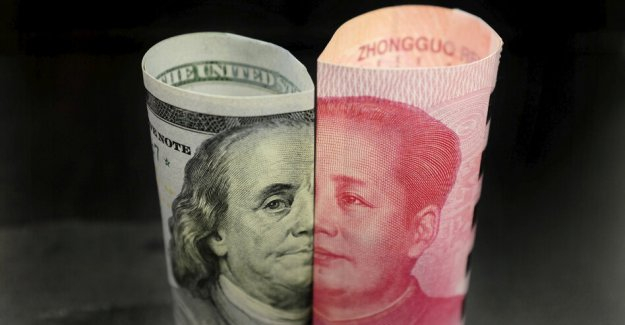 The world's largest economies have closed the first part of trade agreements. Experts say that The truce is fragile.

BEIJING taz | After two years, trade disputes between the two largest national economies in the world now a kind of truce: U.S. President Donald Trump and the Chinese Vice Prime Minister Liu He under a trade agreement, the "Phase1 Deal was signed in Washington on Wednesday". As a result, the tensions be defused in the past two years of ongoing conflict, the harm not only U.S. manufacturers and the Chinese economy, but also to the international trade.

Eight points in the 86-page document includes. Among other things, China committed to increase its imports from the United States within two years to $ 200 billion. This applies especially to Agricultural, industrial, and energy goods. Washington, however, parts of the punitive tariffs will halve on Chinese Goods to the value of 120 billion US dollars-to 7.5 percent. Not least of all Beijing, the US company wants to facilitate the access to the market.

"The Good news is that the Deal the negative spiral of additional penalty duties for the time being stopped," says Joerg Wuttke, President of the European chamber of Commerce in Beijing. But really satisfied with the 60-year-old Economics expert who has been working since the 90s in China, not about the agreement: "The United States dictate to China what products you want and how much. The steered trade and all the does not exclude the other, which of course is in the European interest.“

in Addition, the temporary weapons is still a fragile state: Should not buy the Chinese, the agreed US-products to the desired conditions, would feel the Americans in the right to punish the people's Republic once again with sanctions. The structural changes, which demands the Trump of the Chinese, are excluded from the "Phase 1 Deal" as far as possible.

Equally high punitive tariffs still remain on many products exist – a Situation referred to the Washington-based think tank Peterson Institute for International Economics, in a first analysis, "as the new normal state".

so Far, the past two years, persistent trade war has hit the more Export-dependent Chinese harder. Even if difficult to determine a causal effect of this, the recent economic then suggest, at least, numbers from the Tuesday, according to China's exports grow more slowly in the last three years. In the previous year, Chinese exports rose by 0.5 percent, and by 2018 were still almost 10 percent. The economic growth is currently around 6 per cent – the lowest in the past three decades.

at Least temporarily, to the world demonstrating the powers now harmony. On Monday, the U.S. Treasury Department has taken the charge back, the people's Republic would deliberately manipulate its currency, the negative effects of the U.S.-punitive tariffs to compensate. And the Chinese Yuan is spontaneously climbed to its highest level since July.

1 Agreement on the exit strategy from Coal: environmental... 2 Scientist about insects die: We need to rethink 3 Committee of inquiry into the toll: a Little less... 4 Phase-out of coal: not the last word 5 Agreement on the exit strategy from Coal: the next... 6 YouTube Star Julien Bam is the Designer for Aldi! 7 Auto summit: It is a horror scenario goes through... 8 The first child is because: So you can provide as... 9 Three-quarters of Germans pay taxes like debt reduction... 10 It is a Drama: works warns Jobkahlschlag in Real 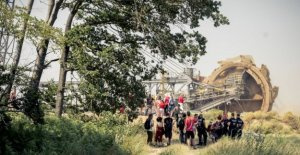 Agreement on the exit strategy from Coal: environmental...