ANNOUNCEMENT: The Escoem consultancy from Granada will promote the initiatives of CajaGranada Fundación 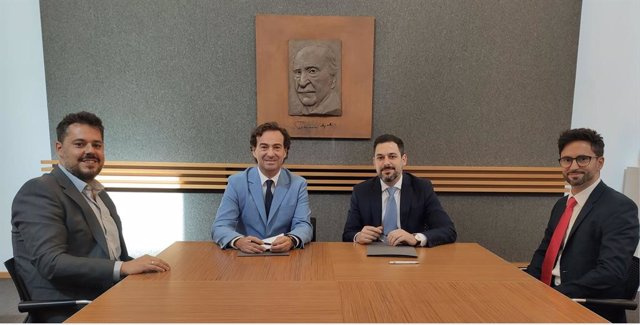 This collaboration will allow the Foundation's actions to be promoted and progressed through four strategic lines: culture, social action, education and the environment

Escoem, a firm specializing in comprehensive advice for companies, pharmacies and the self-employed, has decided to join the "family" of entities collaborating with the CajaGranada Foundation and support the entity in its work to improve the living conditions of the society of Granada and its surroundings. This collaboration will allow the promotion and progress of the actions that the Foundation has been carrying out in the territory, through four strategic lines: culture, social action, education and the environment. The initiative has been formalized through an agreement, signed at the CajaGranada Cultural Center and signed by the managing director of the CajaGranada Foundation, Fernando Bueno López-Viota, and by Álvaro Iáñez Braojos, Héctor Iáñez Braojos and David García Lastre, partners of Escoem. In the words of Fernando Bueno, "it is exciting to see the social involvement of this purely Granada-based company that has decided to bet without cracks on its commitment to the territory". "From CajaGranada Fundación, we celebrate this synergy that is now beginning and that will surely bring great benefits to the city, the province and the region", he added. For his part, Álvaro Iáñez highlights the honor that it means for Escoem to be part of the family of collaborating entities of CajaGranada Fundación. Escoem has a corporate social responsibility policy based on respect for the environment and, therefore, this agreement with CajaGranada Fundación is the best vehicle for promoting social and cultural actions in Granada. In this way, the link between both organizations will enable progress and improvement of the Foundation's actions, while at the same time strengthening the actions in matters of Corporate Social Responsibility that Escoem addresses to citizens. About CajaGranada FundaciónCajaGranada Fundación has more than 125 years of history and a strong social vocation in Granada, Jaén, Almería and the rest of Andalusia. Its actions encompass aspects such as the protection of the environment, the promotion of inclusion or the promotion of culture, sports and education. Currently, CajaGranada Fundación is among the main social and cultural agents in Andalusia, where it offers spaces for the development of citizens. About Escoem Escoem is a professional company founded in Granada in 1989, which after years of effort and dedication has established itself as a benchmark in the advisory and business consulting sector. The firm has a large team of professionals with extensive experience, capable of responding to all questions that arise in the day to day of the company. Currently, Escoem provides professional services to an extensive portfolio of clients throughout Spain.

1 Indra earns 116 million until September and shoots... 2 The IMF predicts more inflation in Latin America and... 3 The Ibex 35 leaves 0.38% in the session and moves... 4 World Bank warns about the "heterogeneous"... 5 Ribera regrets that Germany is reluctant to intervene... 6 Registrations rise 11.7% in October, despite the bridge... 7 COMMUNICATION: CGTN: Foreign capital, positive in... 8 ANNOUNCEMENT: Paramount and Virgin Media agreement... 9 PRESS RELEASE: NEOM invests $175 million in Volocopter... 10 ANNOUNCEMENT: QuantuMDx and Menarini Announce Exclusive... 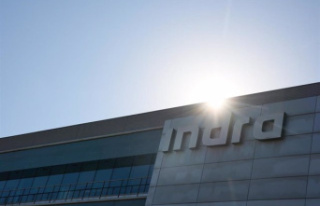