A girl on a mission

To date, no girl in Quebec has managed to make her place on the college football scene. 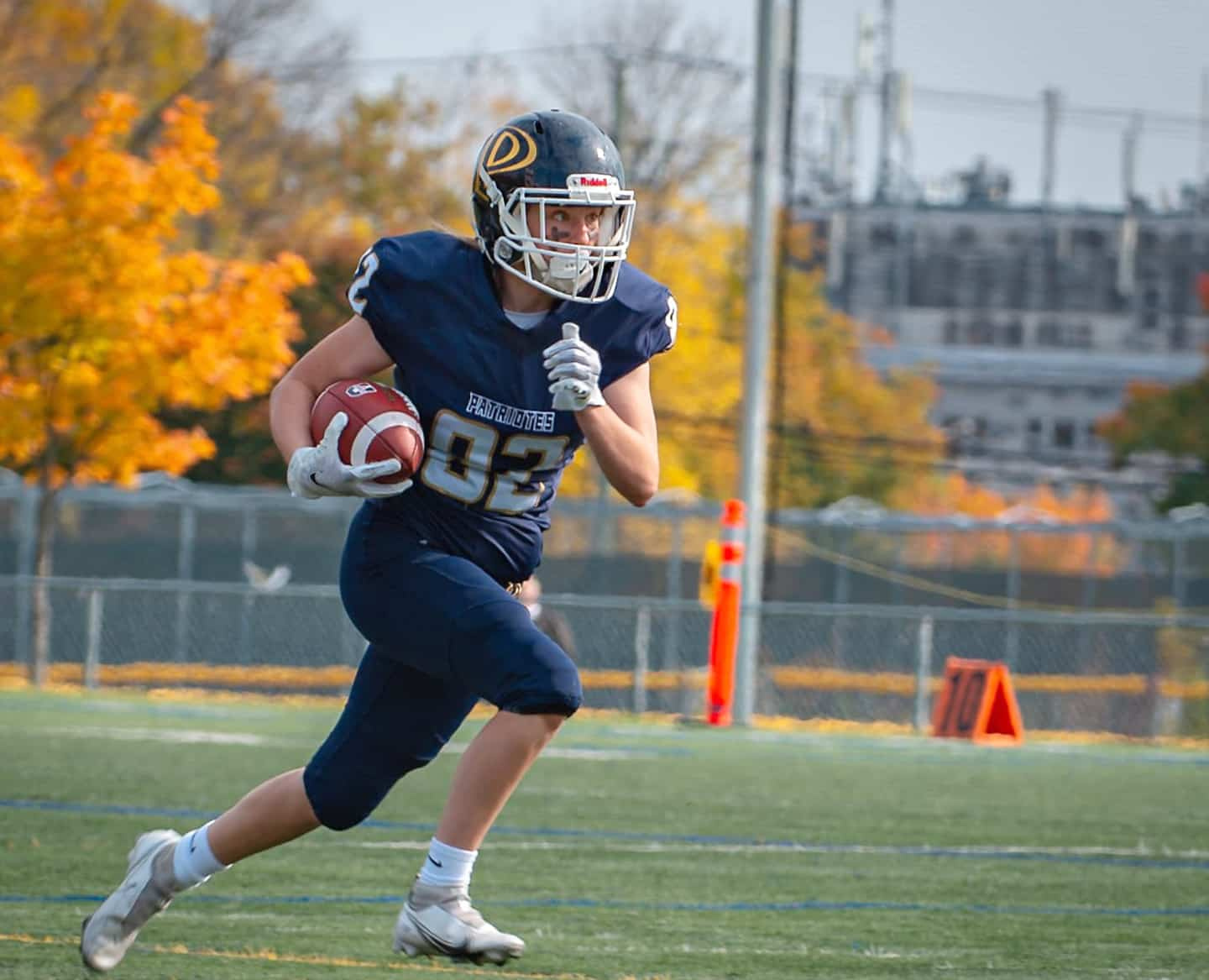 To date, no girl in Quebec has managed to make her place on the college football scene. Frédérique Morneau, receiver at Roger-Comtois high school, has this dream that could very well come true in a little over a year.

Currently at the end of secondary four with the Patriotes, Frédérique not only plays among the boys who are much bigger than her, but she leaves her mark.

With 24 receptions for 369 yards and two touchdowns this season, she has been far from an extra role. On the contrary, she was able to command respect from the height of her 5'5" and 140 lbs.

To the point where she became last week the first female athlete in the history of Quebec football to participate in the second stage of selection for the Quebec U18 team.

Unfortunately, she did not make the cut among the 54 players selected, but it is only a postponement next year, if she continues to evolve at the same pace.

“This year, I was going there to make myself known. I was able to learn a lot from the coaches. It allowed me to improve and see the aspects of my game that I need to work on, ”said the inspiring player to the Journal.

Even if Frédérique will not participate in the Football Canada Cup in Kelowna, with the Quebec team, from July 9 to 17, it is far from representing a failure.

“She will be the same athlete with a year more experience and development next year. She's the only girl who made it to tryouts, so she's really not shy," said Team Quebec wide receivers coach Guillaume Rioux.

The fact remains that for Frédérique Morneau, what turns her on above all is the opportunity to break into college at the end of her stay with the juveniles.

A sportswoman at heart — she's also a hockey player — she's not about to let bigger, taller guys get in the way of her dream.

"That's my biggest goal. I would like it for the level of play, and more importantly, to inspire other girls to persevere in a guy's sport. For me, that would be a nice continuity,” she said with amazing wisdom.

The sting from primary

It was in the fourth year of primary school that Frédérique fell into the pot. By dint of playing in the yard with her father, she ended up taking an interest in football and when she saw that there were selections at her school, she jumped into the adventure.

Quickly, she stood out and took the lead each year in high school.

“Guys are bigger, but I always felt like I belonged. I am not afraid of contact and I know how to protect myself when necessary. I read the games well and I quickly apply the lessons. When I make a mistake, I'm able to quickly move on to the next game,” she said.

Frédérique Morneau will complete her youth journey next year and thereafter, with her obvious determination, it's a safe bet that the doors will open for her. "I realize college football is a lot stronger, but I still believe it's an attainable dream," she concluded.

QUEBEC | In her quest for a college breakthrough, Frédérique Morneau is counting on the support of coaches who are convinced that she will achieve her goals.

"In her case, the question is not whether she will succeed, but rather in what program she will play", decided immediately the former quarterback of the Rouge et Or Marc-Antoine Langevin, who occupies the role of offensive coordinator of the youth team at Roger-Comtois, in Quebec.

In football concentration, Langevin has been able to follow the daily progress of the young receiver since her first steps in high school.

“I came into the program at the same time as her. Already, I found that she showed skills to adjust to the ball as I had rarely seen before.

“In secondary 1 and 2, she was among the tallest and many thought that the level of football would catch up with her later, but that was not the case. Frédérique is very agile, smart and she can land any challenged catch,” Langevin praised.

She has her place

Without putting pressure on his protege, he assures that he will be the least surprised in the world if she makes her place in the college ranks.

“I know my football and she has everything it takes as an athlete, in addition to her work ethic. We saw girls in high school, but not with an impact like her, "added the one who will become responsible for the program shortly.

In the eyes of Guillaume Rioux, who led her during the Team Quebec selections, Frédérique is in a class of her own.

Himself a receiver with the Rouge et Or until 2013, he has worn the double hat of receivers coach and physical trainer at Laval University since 2016. He quickly saw in her a special player.

“There are nearly a hundred receivers who have gone through the Team Quebec camps. She stayed in the final 20 group and when it came to cutting to keep 10, it was a tough decision. Let's say it was closer to 10 than 20," he said.

"The rest will depend on her physical development, but she has everything to play in college. If I'm a college coach and I have the opportunity to recruit a receiver among the 20 best in Quebec, of course I do. It's inspiring to see a girl like her in a traditionally male environment. She has nothing to envy to the guys in terms of skill and understanding of the game."

1 Canadian Open: Tony plays fine Finau 2 The Alliance was just one basket away from victory 3 Lightning: Palat, the Silent Assassin 4 A teenager reported missing in Centre-du-Québec 5 Reconstruction of Lytton will begin in September 6 China will 'fight to the end' to prevent... 7 Find out who is the “best influencer in the world” 8 Daniel Craig does not plan to leave an inheritance... 9 The situation described as “dangerous” at the... 10 Horse racing: The favorite wins the Belmont Stakes 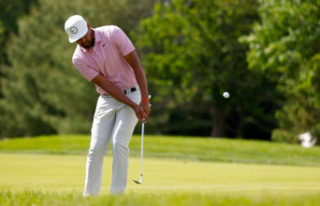