A new pensioner waits for the ambulance at 11 a.m. and dies at home

A 65-year-old Montrealer who waited for more than 11 hours for an ambulance despite his calls to 911 finally died at home before help arrived, denounces his daughter who finds the tragedy inconceivable. 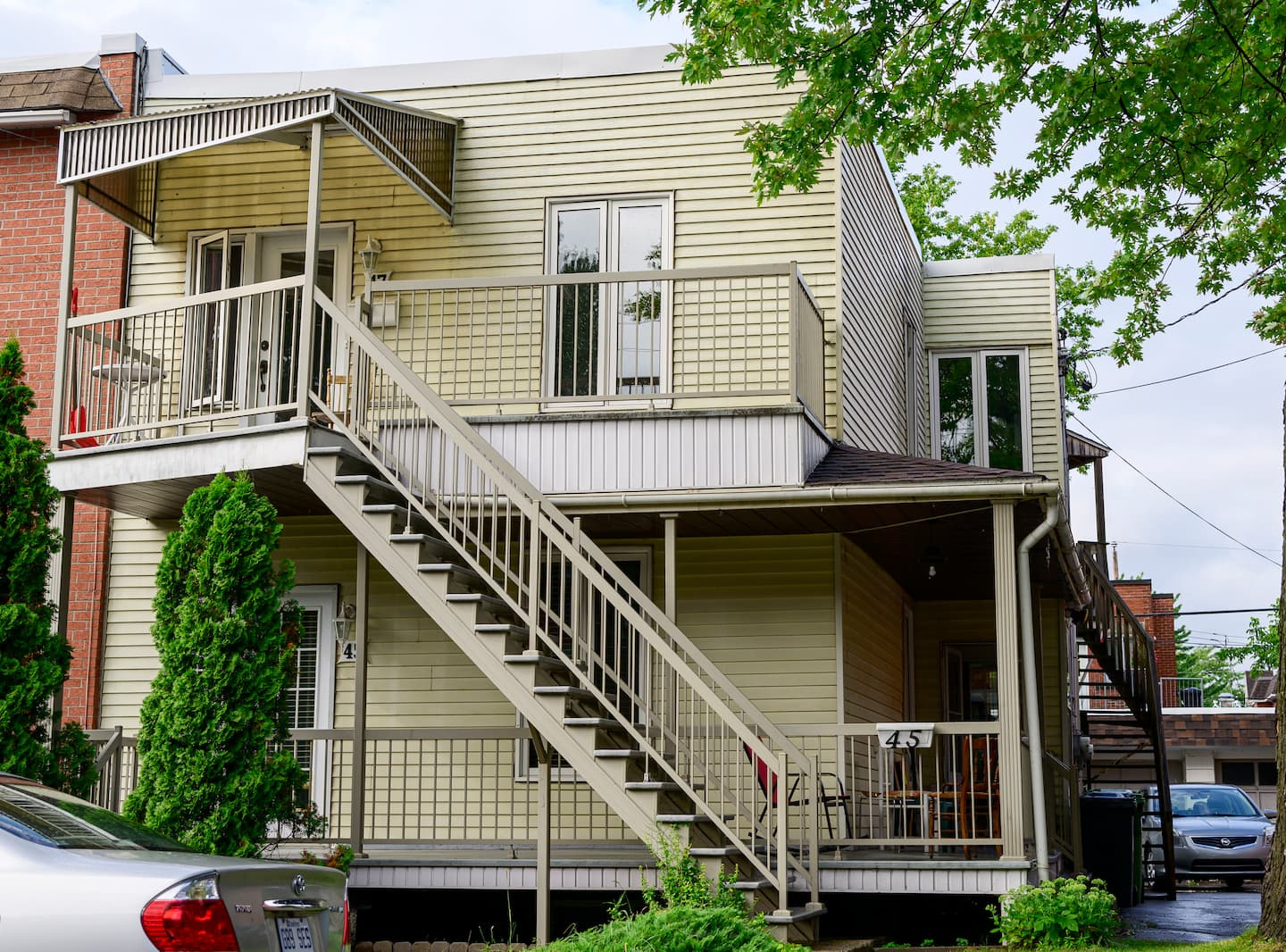 A 65-year-old Montrealer who waited for more than 11 hours for an ambulance despite his calls to 911 finally died at home before help arrived, denounces his daughter who finds the tragedy inconceivable.

"He was the kind of man who didn't want to bother. He preferred to help others than to ask for help for himself, laments Stéphanie Cybriwski. He was newly retired, he hadn't even had time to touch his first pension check. »

The conversation between his father, Myron, and an Urgences-santé dispatcher, looking overwhelmed, only lasted 1 minute 46 seconds on May 14.

"I have a little headache and I can't get up," Myron Cybriwski had whispered on the phone.

“I will send the paramedics as soon as possible to help you. On the other hand, there could be delays of up to seven hours before we arrive, ”warned his interlocutor, before wishing the man good luck.

This is what we hear in the recording of the 911 call made by Mr. Cybriwski around 5:20 a.m. on the day of his death, and which Le Journal was able to read.

Finally, it was only around 4:50 p.m., nearly 11:30 a.m. after the initial call, that help arrived at Mr. Cybriwski’s residence, in the LaSalle sector.

When they arrived, it was too late: the patient had passed away, probably a few hours earlier.

This event adds to a series of tragic deaths made public in recent weeks, where people in distress have died after waiting too long for an ambulance.

Stéphanie Cybriwski has also decided to denounce what her father experienced after learning of this terrible case where a 91-year-old senior died in similar circumstances.

“It shows that it can happen more often than you think and to anyone. And if nothing changes, it will happen again. This is unacceptable. The government must do something,” she said.

It is that due to a glaring lack of paramedics, the latter very often find themselves working with reduced staff, sometimes up to half of what should normally be in place.

Abandoned by the system

The deceased's daughter is not angry with the paramedics who intervened, but especially with the system that "abandoned and left" her father to himself.

“The healthcare system is just broken. They work in terrible conditions. They need resources, people. People are burned, it's terrible [...] If being told to wait for seven hours is the acceptable standard, I don't understand anything, ”she says, imploring the Legault government to intervene.

"I'm angry, I'm sad. I cry every day thinking about it. [...] He didn't deserve to die waiting for help. ​He didn't even have the time to enjoy his retirement, he didn't really have any known health issues, other than he had his hard times due to alcohol,” Ms. Cybriwski adds.

She wonders about the fact that there was no regular follow-up with her father during the day to inquire about her condition (see timeline).

“If someone had shown up quickly, I can't help but think they would have survived. […] I imagine his last moments, alone … I would have liked him to call me that day, ”drops Stéphanie Cybriwski.

She tries to understand what could have happened, in order to help her in her mourning. This is why she asked Urgences-Santé to provide her with audio recordings of conversations involving her father. “It's really traumatic. When I realized that I probably heard the last words he said before dying, it gives a shock, ”she admits. Since then, she remembers the good times she was able to live with her father, "her best friend" when she was young, she who is an only child.

“He was a Rolling Stones fan. I had surprised him with tickets to go see them, in 2019 in Boston. He was so happy, I had never seen him smile so much, ”says Stéphanie. Urgences-santé said it could not comment because a coroner's inquest is ongoing.

Dispatcher (R): Ambulance service, explain to me exactly what happened.

Victim (V): A week ago, I fell. I called the paramedics, but I didn't want to go [to the hospital]. There, I have headaches, I fell in the face and I am no longer able to get up.

A: Did you fall back today?

A: OK, and there you have a headache, right?

V: I have a bit of a headache.

R: Do you have pain since the fall or is it new since today, the headache?

A: Is there serious bleeding, sir?

V: No. [5 second pause] No, there's no bleeding, I just have a little headache and I'm not able to get up.

A: Sir, I will send the paramedics as soon as possible to help you. However, there could be delays of up to seven hours before we arrive.

A: I had to hang up to take another emergency call. If your condition worsens, call 911 immediately.

Quebecers will continue to lose their lives while waiting for an ambulance as long as the lack of manpower and breakdowns in service are felt, warn community workers and deputies.

“You always have to wait for drama to happen for changes to happen. But there, the wall is hit and we have deaths. What do we do ? We fear that there will be others, ”says Claude Lamarche, president of the Syndicat du préhospitalier de Montréal et de Laval.

He blames the poor working conditions, including the fact that the paramedics at Urgences-santé have to work with sometimes 50% of the workforce and that there is too often overtime.

Many of its members don't even have time to take a lunch break because they are so overwhelmed.

The long delays before triaging patients brought to the emergency room also eat up too much time for paramedics, who can remain parked for several hours without being able to respond to other calls.

“It is the population who suffers directly and who has less good services,” argues Mr. Lamarche.

“But by the band, it is also the paramedics. Many leave, change jobs altogether because they can't take it anymore, ”he adds.

A former paramedic who launched a Facebook page to share stories related to the ambulance world deplores a "disconnection" on the part of leaders in their management, "which is not at all effective".

“At first, I thought the problems were just in Montreal and Laval, but I quickly realized that it is in all of Quebec. I have so many paramedics who write to me to tell me about situations that don't make sense," says Hal Newman, behind the page The Last Ambulance, who shares daily situations where there are service failures all over the country. Province.

He is also the first to have revealed the story of Myron Cybriwski on his page and is worried that other similar cases will occur in the near future.

“Having so many doubts about the system is heartbreaking, but it is absolutely broken and falling apart,” Newman said.

He only has to rely on the examples of the last few weeks to be as certain.

The Journal has also got hold of nine coroner's reports of people who have died in recent years while waiting for an ambulance. The Coroner's Office specifies that this is not an exhaustive list.

“Just nine? I'm really surprised. It must just be the tip of the iceberg, ”reacted the former paramedic, who has 40 years of experience.

Both Québec solidaire (QS) and the Liberal Party of Québec are calling on the government to look into the crisis currently being experienced in the ambulance system, because it does not seem to be a priority for the Coalition Avenir Québec.

"We are putting people's lives at risk. [...] We are due for a serious inventory. The pre-hospital sector in Quebec is all crooked, ”says the deputy for Rosemont for QS, Vincent Marissal.

This calls for the creation of a state company for the ambulance system.

“The priority is to modernize pre-hospital services. […] We do not maximize the interventions of paramedics, ”said Monsef Derraji, Liberal MP for Nelligan.

“This is a very sad situation, and our hearts go out to the family and loved ones. We will comment further when the conclusions [of the coroner's investigation into Myron Cybriwski] will be made public, out of respect for the ongoing process, ”said the office of the Minister of Health, Christian Dubé.

1 Hydro will have to choose between twenty wind projects 2 Health network: coroners sound the alarm, but tragedies... 3 A $50 million green hydrogen plant under construction... 4 Visit and apology from the pope: he reaches out again... 5 The flight of Hergy Mayala 6 A Quebecer at the service of the UN 7 Amazon, a major rental customer of the Caisse de depot... 8 Living alone is hard on finances 9 Russia: eight dead in the fire of a building in Moscow... 10 India: two fighter pilots killed in the crash of their... 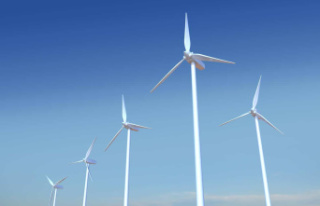 Hydro will have to choose between twenty wind projects