LOS ANGELES | Amber Heard denounced on Monday "the hatred and vitriol" she was the target of on social networks during her recent trial against Johnny Depp, assuring however that she did not blame the jury which found in favor of her ex-husband . 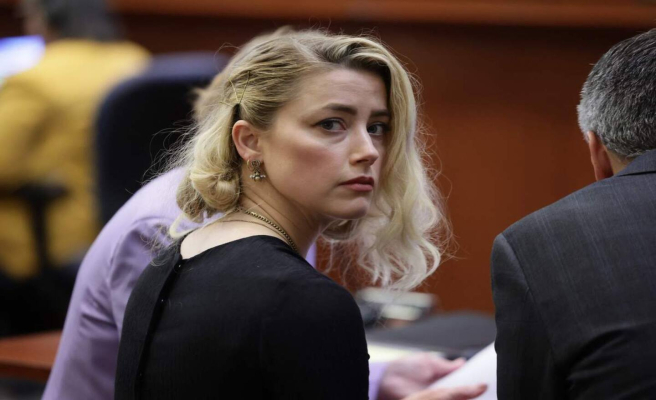 LOS ANGELES | Amber Heard denounced on Monday "the hatred and vitriol" she was the target of on social networks during her recent trial against Johnny Depp, assuring however that she did not blame the jury which found in favor of her ex-husband .

• To read also: The legal victory of Johnny Depp “potentially catastrophic” for the victims of violence

• Read also: Amber Heard is not a “perfect victim”

After six weeks of debate, the seven jurors of the court in Fairfax, United States, concluded on June 1 that the ex-spouses had defamed each other through the press. But they awarded more than 10 million dollars to the star of “Pirates of the Caribbean”, against only 2 million for that of “Aquaman”.

The highly publicized trial, broadcast live on television, revealed the lackluster private lives of the two Hollywood celebrities, prompting a rampage of insulting messages towards the 36-year-old actress on social networks.

"I guess normal people don't know about 'this slur campaign' and I don't take it personally," she said during an interview on NBC, her first since the trial.

“But even someone who is certain that I deserve this hatred and vitriol, even if he thinks that I am lying, he cannot look me in the eye and tell me that he thinks the treatment was fair on the social media,” she added.

Johnny Depp was suing his ex-wife for defamation, who described herself in a column published by the Washington Post in 2018 as "a public figure representing domestic violence", without naming her ex-husband.

He was seeking $50 million in damages, saying the platform had destroyed his career and reputation. Amber Heard had counter-attacked and asked for the double.

According to her lawyer, Elaine Bredehoft, the actress will appeal the judgment.

In excerpts from the interview, which will be broadcast in full on Friday, Amber Heard claims not to have made the decision of the jurors “personally”.

“They sat and heard for three weeks relentless testimonies from people employed (by Johnny Depp), and towards the end, from random people,” she said.

"I don't blame them, actually I get that he's a beloved character, that people think they know, he's a fantastic actor," Amber Heard explained.

When the journalist opposite her suggested that the jurors should not take these elements into account, she replied: "How could they, after hearing for three weeks that I was not credible, believe a word that came out out of my mouth?”

1 Canada's presence at a party at the Russian Embassy:... 2 Ukraine: 4 dead, 22 injured in bombings in Donetsk,... 3 Harmful spills: $15 million fine for ArcelorMittal 4 “Frank” and “productive” meeting at the White... 5 Alouettes: a storm in a glass of water 6 Washington and Seoul warn of another North Korean... 7 Stormed parks that spark complaints 8 $200 to afford a less flat school 9 Mickelson always so comfortable with his choice 10 Police threatened with death after the arrest of far-right... 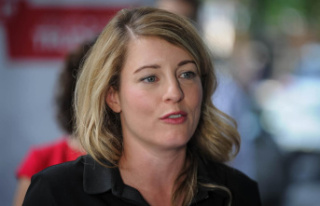 Canada's presence at a party at the Russian Embassy:...