Calviño believes that the GDP will grow more than the 4.4% forecast by the Government

The vice president says that the PP "is not trustworthy" and regrets that Ciudadanos is "obsessed with pensions" and seeks to "generate fear". 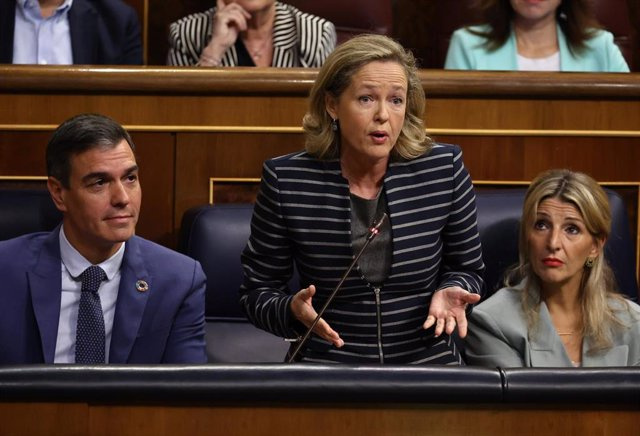 The Vice President of Economic Affairs and Digital Transformation, Nadia Calviño, stated this Wednesday in the plenary session of Congress that the latest published growth data allows us to anticipate that the forecast increase of 4.4% of GDP for this year "falls short" .

During the government control session held in the Lower House, Calviño acknowledged that the environment is "complex", of "high volatility and uncertainty", that there is a "slowdown" in the economy, but that the Spanish economy "is resisting well in a complex situation.

In this sense, he has highlighted the "historical lows" in the temporary rate, youth unemployment, the growth of 5.5% registered in 2021 or a growth greater than the 4.4% of the last forecast, he believes that he will stay " short" after learning that the GDP for the third quarter of the year rose by 0.2%.

All this after facing questions from deputies Carlos Rojas (PP) and Iván Espinosa de los Monteros (Vox), who have reproached him for his management of European funds and the price crisis, as well as his economic forecasts.

"Her forecasts fail over and over again," Rojas assured, before showing a blank sheet of paper to put it as an example of her successes in economic matters and accusing the vice president of "clinging to an impossible government" and of "lack of control".

"There will be no propaganda to hide its inefficiency," said Rojas, who has disgraced Calviño for not having counted on the autonomous communities to decide on European funds and has demanded a State Pact to manage the way out of the crisis.

In his reply, Calviño highlighted the latest known inflation data, which places Spain at the bottom of the price rise --7.3% compared to the 10.7% average in the Eurozone--. "Here we are very close to the end," he said, responding to Roja's accusations that Spain was at the tail end of the recovery after the pandemic.

Likewise, he has asked the 'popular' to "stop distributing good Spanish cards", to "comply with the Constitution and defend the interests of Spain, inside and outside its borders". "It is the least that can be asked of the opposition, I hope they change their attitude and begin to comply", he said, in a speech in which he accused the PP of "not being trustworthy".

In his speech, the spokesman for Vox, Iván Espinosa de los Monteros, assured that the last known inflation data "is not a figure to be happy with", he has questioned the vice president's assertions that the data does not point to a recession and has ensured that the coalition government will go down in history for ending its mandate with stagflation (inflation and economic stagnation).

Calviño has highlighted the latest growth data --"It seems that it annoys them that we have good news and data"-- and has said that "week after week, investors and economic organizations reaffirm their confidence and support for the Government's economic policy", against to an "absolutely destructive view" of his group.

THINKS Cs "HAS AN OBSESSION WITH PENSIONS"

Finally, the vice president has confronted the deputy secretary and deputy spokesperson for Cs, Edmundo Bal, who has anticipated that in 2035 all tax collection will go to support the public pension system, for which he has asked the Government to be "responsible adults".

"You have an obsession with pensions," Calviño responded, noting that public spending on these benefits is around 11% of GDP, "significantly below" that of surrounding countries, that the transfer next year from the State to Social Security "is half that in previous years" and that the accounts of the Social Security Reserve Fund, known as the 'pension piggy bank', will also increase.

"I don't know why he wants to generate fear, and even less confrontation between generations," Calviño has abounded, assuring that the elderly "deserve peace of mind and support."

1 The PNV urges Sánchez to "get the batteries"... 2 Díaz accuses Vox "of being more of the vertical... 3 Virgin Media O2 (Telefónica) multiplies its profit... 4 ANNOUNCEMENT: TINECO ADDRESSES CARPET DIRT WITH THE... 5 ANNOUNCEMENT: The 'Toy and Old Paper Market'... 6 COMMUNICATION: Success of 'Samaniego in wine'... 7 Maroto defends his management of the Perte VEC and... 8 Treasury reiterates that the pension system "is... 9 Volvo Cars sold 6.9% more in October, but accumulates... 10 The central government forecasts the recovery of tourism... 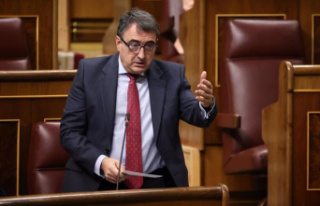 The PNV urges Sánchez to "get the batteries"...