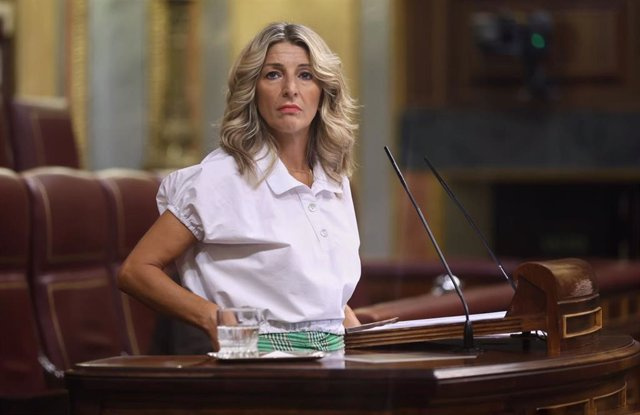 The Second Vice President of the Government and Minister of Labor and Social Economy, Yolanda Díaz, has accused Vox this Wednesday of having a "hidden" program to make dismissal "even cheaper" and "deprive" the Spanish courts of their ability to control the causes of it.

"That would be the Law of the Jungle, which is what you defend. You don't like workers' rights, you don't like collective bargaining. You are much more of the vertical union. Public pensions, the minimum wage, bother you. the ERTE, the right to strike, the rights of women and even the rights of trans people. But, despite you, Spain is a proudly diverse and plural country", Díaz underlined.

During the government control session in the plenary session of Congress and in response to a question from Vox deputy Inés María Cañizares, Díaz reminded Santiago Abascal's party that they voted against prohibiting dismissal during the pandemic and during the war initiated "by his ally Putin". "What you defend is free and gratuitous dismissal," the vice president criticized.

For his part, Cañizares has accused the minister of having the "cool idea" of wanting to make the dismissal of women more expensive, which would generate "a negative effect" when it comes to creating female employment, he warned.

"It is the same plan that they have devised for people with disabilities, whom they have eliminated or plan to eliminate the incentives for their hiring, thus creating barriers to their incorporation into the labor market," the Vox deputy has denounced.

"With these discriminatory proposals we already see how you understand equality: violating fundamental rights, which is the guiding principle of your government's policies," criticized Cañizares.

The Vox deputy has thus reproached Díaz for "instead of adding, subtracting employment opportunities." "Instead of a public office, it has become a very heavy burden for the pocket of the Spaniards," she concluded.

1 Virgin Media O2 (Telefónica) multiplies its profit... 2 ANNOUNCEMENT: TINECO ADDRESSES CARPET DIRT WITH THE... 3 ANNOUNCEMENT: The 'Toy and Old Paper Market'... 4 COMMUNICATION: Success of 'Samaniego in wine'... 5 Maroto defends his management of the Perte VEC and... 6 Treasury reiterates that the pension system "is... 7 Volvo Cars sold 6.9% more in October, but accumulates... 8 The central government forecasts the recovery of tourism... 9 The Government does not see the tourist tax "so... 10 ANNOUNCEMENT: Crideo launches its maker registration... 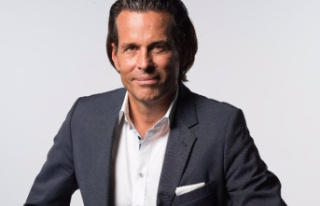