A driver who was probably drunk at the wheel found himself suspended in the void on Wednesday in the parking lot of his apartment in Montreal after a bad maneuver. 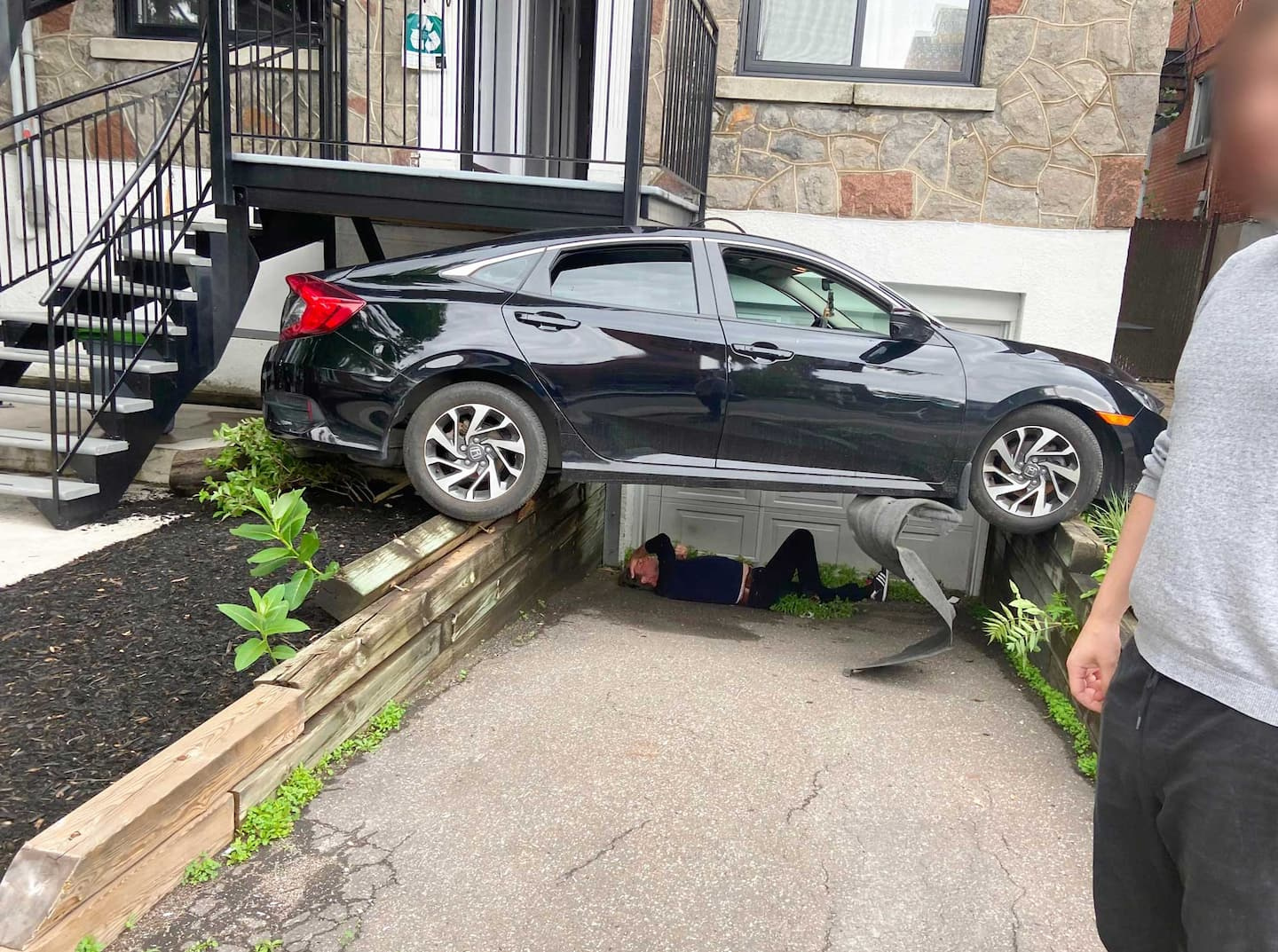 A driver who was probably drunk at the wheel found himself suspended in the void on Wednesday in the parking lot of his apartment in Montreal after a bad maneuver.

The unusual scene occurred around noon in front of an apartment building on rue Saint-Hubert, in the Ahuntsic district.

The car was first parked on the street, then a man behind the wheel made a false maneuver before ending up in a very unfortunate position, described the spokesperson for the Service de police de la Ville de Montréal (SPVM) Jean-Pierre Brabant.

“The guy lives there and he thought he was parked well [in front of his house]. He didn't even seem to know his car was in the air because he fell on his head trying to get out," a witness to the scene told the Journal.

For his part, Maxime was working from home when he heard a loud noise that caught his attention.

"It grabbed me. Then seeing what was happening, I went outside to help my neighbor” before the first responders arrived, he said.

We also see on a photo taken by the witness that his neighbor, who lives in the apartment under his, is lying on the ground under his car.

The Montreal police were still trying to understand in the afternoon how the black Honda vehicle could have found itself suspended in the void, leaning on two wooden walls.

Visibly intoxicated, the man, whose age remains unknown, was then handcuffed for driving while impaired, he said.

The driver did not suffer serious injuries.

He was to be met by SPVM investigators.

1 Snowboard cross: the World Cup is finally coming home 2 Azerbaijan Grand Prix: Pérez for the pass of ...... 3 The Alliance cannot defeat the defending champions 4 The big star of the match: the crowd 5 A trilogy of Symphonic Harmonium in Montreal 6 The summer of celebrations for Just for Laughs 7 Passports: forced to miss work 8 The $ 30 million loan to an Airbnb king denounced 9 Quebec invests $30 million in a new private fund 10 Airbnbs at $2,000 a night instead of accommodations 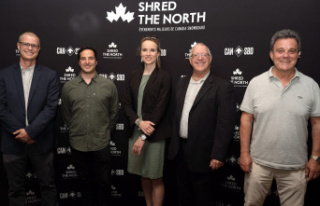