Maude Landry: a little philosophical side

Over the next few months, comedian Maude Landry will be touring across Quebec to present her show L'involution. 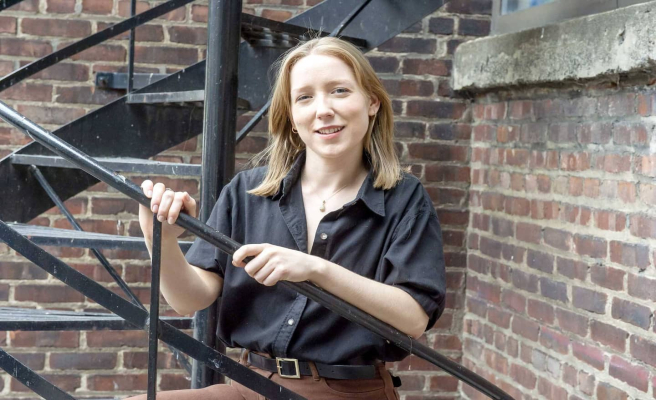 Over the next few months, comedian Maude Landry will be touring across Quebec to present her show L'involution. We were lucky to catch him in time to discover his favorite books.

Remember a novel that you literally couldn't put down from start to finish?

I think the very first was The Jungle Book, by Rudyard Kipling. And I liked it so much that I read it several times afterwards. For me, it's like a collection of poetry.

More recently, with which other novel did you experience the same thing?

With Salem, by Stephen King, the best vampire story I have ever read. King managed to create a gloomy atmosphere without adding too much, too quickly. I loved. Another that I read in two days is The Truth About the Harry Quebert Affair, by Joël Dicker. The plot reads itself, even if I really hung on the structure of the text. Ah, and there's also the New York Trilogy, by Paul Auster.

What have been your favorite books so far?

What was your latest great discovery?

The only thing that interests everyone, by François Blais, who speaks in particular of humor and which refers to the book by Bergson that I have already mentioned. There is also The Fertile Struggles, by Catherine Dorion, a kind of essay with a somewhat autobiographical aspect. It is very interesting and it is among other things about the fact that we are imprisoned in monogamy and that we are closed in relation to open couples.

Can you tell us about a book that has helped you in life?

Yes, Cognitive Behavioral Therapy for Dummies, by Rob Willson and Rhena Branch. In the early 2020s, I was not doing very well and I could not get an appointment with a psychologist. This book really helped me. There's also Why We Sleep, by Matthew Walker. I am insomniac, and this book forced me to work on my sleep.

What book has ever managed to make you laugh?

Fright Around the World, by Bruno Blanchet. The author recounts his travels and the things that have happened to him are crazy. [...] He describes cultural shocks, how it works on other continents, and it's often funny.

What are you planning to read this summer?

Women's Laughter – A Story of Power, by Sabine Melchior-Bonnet. A very beautiful book that tackles a sensitive subject for me: humor and women. Humor has long been associated with men only and in the past women were told not to laugh out loud or, if they did, to put their hand over their mouth. So it's going to be a book that does good and bad at the same time. I would also like to read Why Love Is Pleasure, by Jared Diamond, an essay on love and biology, as well as Chronicles of the Abyss and Other Tales from the Depths, by Charles Beauchesne, Pierre Bunk and Simon Predj. It looks good !

And what are you reading right now?

Revenge of the Jellyfish by Jacques André, a book that was recently published. He is interested in psychoanalysis and he shows what the time of the coronavirus has done to our human psyche. The jellyfish theme will come later.

1 New novel by Jean Lemieux: great quest until 1968 2 Variations on the same theme 3 The regression of the Canadian Grand Prix 4 A Red and Black Autumn: Searching for a Better World 5 Housing for seniors: shopping around for your private... 6 More and more places for seniors 7 New key rate hike in July by the US central bank? 8 Inflation: many Canadians postpone their retirement 9 Strike at the Casino: burst of croupiers on the occasion... 10 Quebec gives a boost to art training organizations 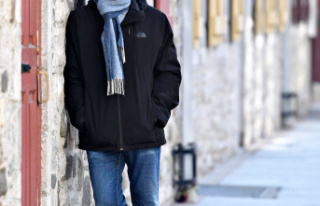