NFL: from zeros to heroes at the door of the playoffs

It's the last week of activity in the NFL before the start of the playoffs, which could be characterized this year, as never before, by the presence of teams left for dead. 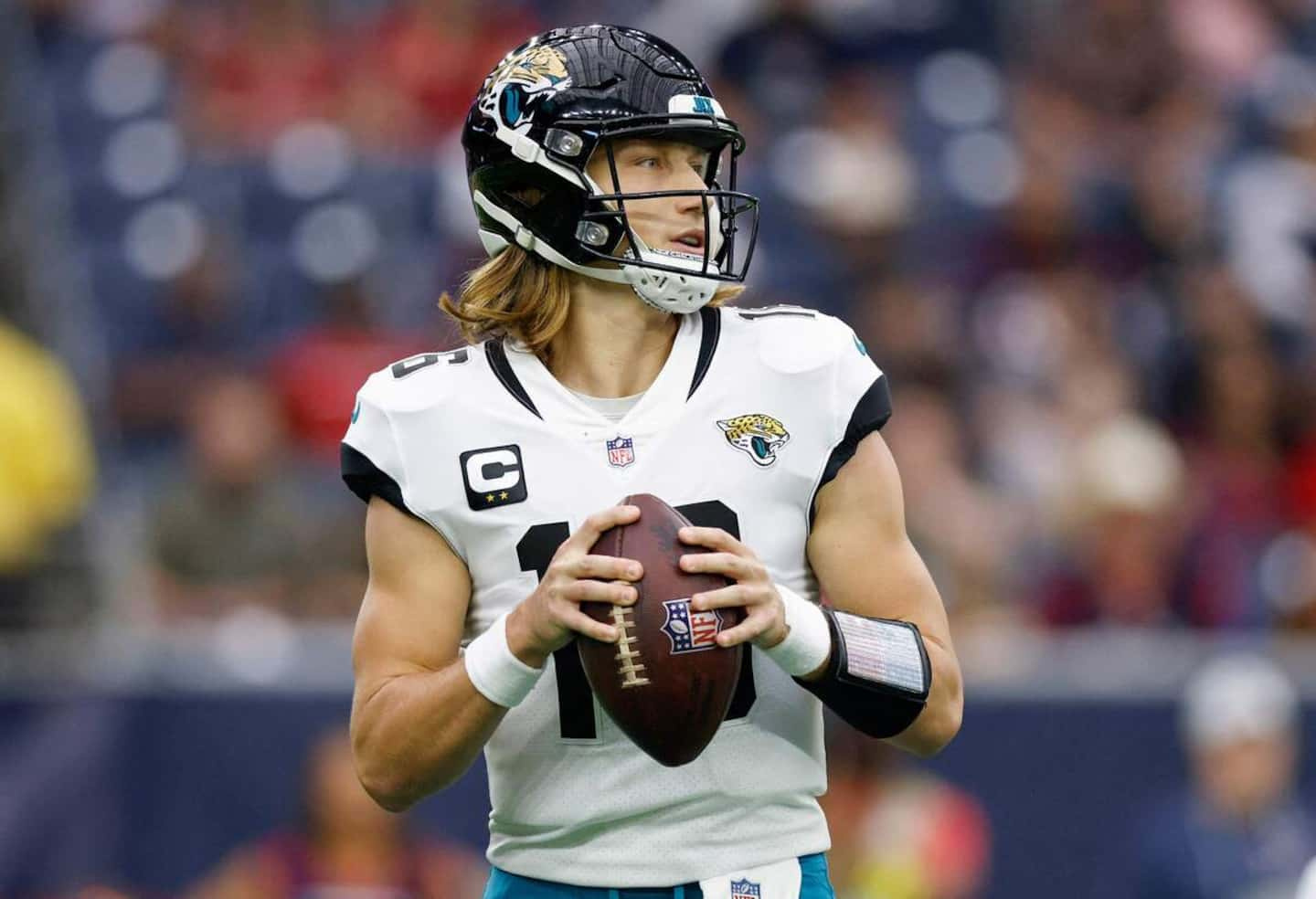 It's the last week of activity in the NFL before the start of the playoffs, which could be characterized this year, as never before, by the presence of teams left for dead.

• Read also: The Browns return Jadeveon Clowney to his home

It has always been said that a season in the NFL is too short to allow yourself to experience a false start.

The league has in fact presented playoffs since 1933 and during these 90 years, a phenomenon that has never happened is on the way to being realized. It has never happened to date that two or more teams that have been at least four games under the .500 mark during the season have qualified for the playoffs, according to NFL Research.

There is a first for everything and it is quite possible that this year will be the right one with four teams finding themselves in this unusual position.

The Jaguars are the first team that comes to mind. Not only have they been struggling for ages and no one imagined them progressing to the point of knocking on the door of the playoffs for a few years, but they seemed dead until the end of November.

Three times this season the Jaguars have gone four games under .500 with records of 2-6, 3-7 and 4-8. With four straight wins, they are now 8-8, and a win over the Titans tonight would propel them against all odds to the Promised Land.

They are far from alone as survivors of the afterlife. Also in the American Conference, the Steelers were considered dead at various stages of the season, with records of 2-6 and 3-7. Only Carolina in 2014 and Washington in 2020 made it to the playoffs for winning three of their first 10 games.

Are you still thirsty for stories of miracle teams? The Lions and the Packers, who will be opposed tomorrow evening, are two striking examples.

After a loss in Week 8, the Lions seemed in their usual slump with a 1-6 record. Their resurgence since has meant they could become the first team in 52 years, since the 1970 Bengals, to earn a playoff spot despite such a start.

However, they have to defeat the Packers (in addition to seeing the Seahawks lose) to get there, which is far from done.

Exactly, let's talk about these Packers! It's been an extremely disappointing season, but all of that could quickly be forgotten.

A victory against the Lions would give them their place in the playoffs, they who were vegetating at 4-8 a month ago. Again, in history, only the 2014 Panthers and 2008 Chargers made it to the playoffs despite only four or fewer wins in their first 12 games.

In fact, Packers quarterback Aaron Rodgers will try to become the first to lead his team in the playoffs on three different occasions when it was below .500 after 10 games. He did so beforehand in 2016 and 2013.

If there's a lesson to be learned, even though it's an old mythical lesson from the late Yogi Berra, it's that it's not over until it's over...

The Chiefs will play their starters, because if they win and the Bills lose tomorrow, they will have the home court advantage. In their last 10 games against the Raiders, they have a convincing 9-1 record. The Raiders return with quarterback Jarrett Stidham, who wowed in his first career start last Sunday. He is looking for a contract for next season and will want to impress the staff. The problem will not come from him, but from the defense.

THE DIVISION AT PLAY

Nothing could be simpler: the winner wins the South division and goes through to the playoffs. A Saturday night as we like them! To think that on November 27, the Titans were 7-3 and the Jaguars 3-7! Joshua Dobbs, who was not with the Titans just three weeks ago, will be their quarterback. It does not bode well, against the Jaguars on the rise. Their defense has caused nine turnovers in the last four wins. To watch however, the Titans had 10 days of rest, against 6 for the Jags.

A BIT OF BRADY

Even though the Buccaneers are division champions and have nothing left to gain, Tom Brady has been pushing to play. He should therefore be the starter, but probably no more than for a half. In this context, facing Blaine Gabbert or Kyle Trask, the Falcons will be competitive. Probably not enough to win since they are starting from afar, but there should be a game. Unless there is a surprise, it will be the visit of the Cowboys in the first round of the playoffs.

It is clear that the mental and physical preparation of the Bills for this encounter has not been optimal. The team is just recovering from the shock of Damar Hamlin's cardiac arrest. The training sessions were less numerous and the meetings too. On the other hand, emotion can achieve great things when used wisely. The Patriots will be playoffs if they beat the Bills, or even in a loss if the Dolphins, Steelers and Titans also lose.

Due to the cancellation of the game between the Bengals and the Bills, the playoff scenario becomes more complex in this division duel. The Bengals, by winning percentage, are division champions. Except that if the Ravens beat them, they would claim two wins against them and a coin toss would determine the host team if they were to face off in the playoffs. In short, the Bengals have an interest in simplifying their lives by winning.

The Vikings can still finish second in the conference if they win, in addition to a loss to the 49ers, but there's more. After the thaw suffered against the Packers on Sunday, this team must meet again. Nothing worked for them, both offensively and defensively. Above all, we should not enter the playoffs with doubt in mind. It's a duel where the Vikings must hit hard, especially since Nathan Peterman will be the starting quarterback for the Bears.

AND THE FIRST CHOICE WILL BE...

Obviously, there is absolutely no interest, except for the supporters of these two moribund teams, in this duel. The Colts are the league's worst team in the past month, down 97-16 from the half in Week 15. The Texans, with a loss or a loss to the Bears, will secure the No. 1 pick. in the draft. Messrs. Bryce Young and CJ Stroud, start learning about Houston and the Texans.

Despite their abominable five-game losing streak, the Dolphins are still alive. With a win over the Jets and a Patriots loss to the Bills, they would qualify for the playoffs. It's a long way off, considering the Dolphins were beaten 40-17 by the Jets in Week 5 with Skylar Thompson in charge. He will still be the quarterback, since Teddy Bridgewater is injured in a finger. On the side of the Jets, it is the return of Joe Flacco. Ayoy!

Both the Panthers and the Saints are just playing for their personal pride, the ones who were eliminated from playoff contention last week. The return of Marshon Lattimore breathed great energy into the Saints' defense and a noticeable improvement had even been noticed before. In the past five weeks, this unit hasn't conceded more than 18 points and helped win three straight. Too little too late, but it's reassuring for next year.

Remember last year, the Steelers needed a little miracle in the last week to make the playoffs. The scenario repeats itself as they have to beat the Browns in addition to hoping for losses from the Patriots and Dolphins. Come to think of it, it is quite possible! The Steelers tend to wake up in the fourth quarter on offense while the defense holds the fort. It will again and this team is so different with TJ Watt. His record is 7-2 when he plays.

Will the Eagles reconnect with quarterback Jalen Hurts? They need to win this game to secure home-court advantage in the playoffs, but the health of their pivot comes first. The Giants have qualified for the playoffs and won't budge from sixth in the conference, win or lose. We therefore risk not seeing the Daniel Jones, Saquon Barkley and other key players for long. The Eagles must keep their foot on the gas or risk dropping to fifth.

Since the Cowboys play in the same time slot as the Eagles and can still dethrone them at the top of the division, their starters should see quite a bit of ground. For the Commanders, it will be the first start for rookie quarterback Sam Howell. He looked set to have a bright future at North Carolina before having an under-expected final college season but slipped in the fifth round. The eliminated team has nothing to lose by evaluating it.

For the Broncos, the end of this meeting will represent the end of an endless ordeal. Everything indicates that the Chargers will put all the gum, because they want to secure the fifth place in the conference. This position would allow them to face in the playoffs the Jaguars or the Titans, rather than the Bengals, Bills or Chiefs. It's still a world of differences! Apart from the loss against the Rams two weeks ago, the Broncos are competitive despite their atrocious record.

The Seahawks will logically be all fire for this meeting. If they win and the Packers lose to the Lions in the evening, Pete Carroll's squad will have their ticket to the playoffs. Be careful though, the Seahawks are often in trouble against the Rams with eight losses in 11 games. Still, the high-quality starters for the Rams have been more numerous in the infirmary than on the field in the last few weeks. Deliverance is coming.

The 49ers wiped out the Cardinals 38-10 midway through the season and a similar scenario is highly likely. Especially since, unlike the previous duel, the Cardinals are completely decimated by injuries and they no longer have the heart to save a ruined season. The Niners can still dream of finishing first in the conference to get home-court advantage and a first-round bye in the playoffs, if the Eagles stumble. No downturn in sight.

TWO CLUBS ON A MISSION

If the Seahawks lose to the Rams, the Lions will stay alive for the playoffs and the winner of the duel against the Packers will advance to the playoffs. If however the Seahawks win, the Lions will be eliminated automatically, but will want to play the spoilsports. It should be noted that the Lions are 3-19 in Green Bay since 2000. In seven games on the road this season, Jared Goff has thrown just six of his 29 touchdown passes. The Packers should be favored.

1 50 years ago 'Dream On' launched Aerosmith's... 2 Cultural activities: what to do this weekend 3 TV guide: 50 shows for all tastes to watch this winter 4 Journalism in the spotlight in 5 titles 5 Responsible for the management at 9 years old 6 The thousand and one projects of Étienne Galloy 7 Voivod revives the Ultraman theme 8 The career of Lulu Hughes in five souvenir photos 9 Novels to watch over the next few months 10 Essay: to the rescue of a whale 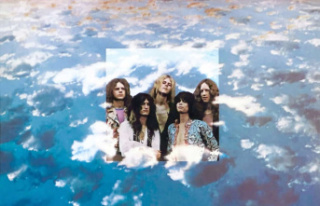 50 years ago 'Dream On' launched Aerosmith's...