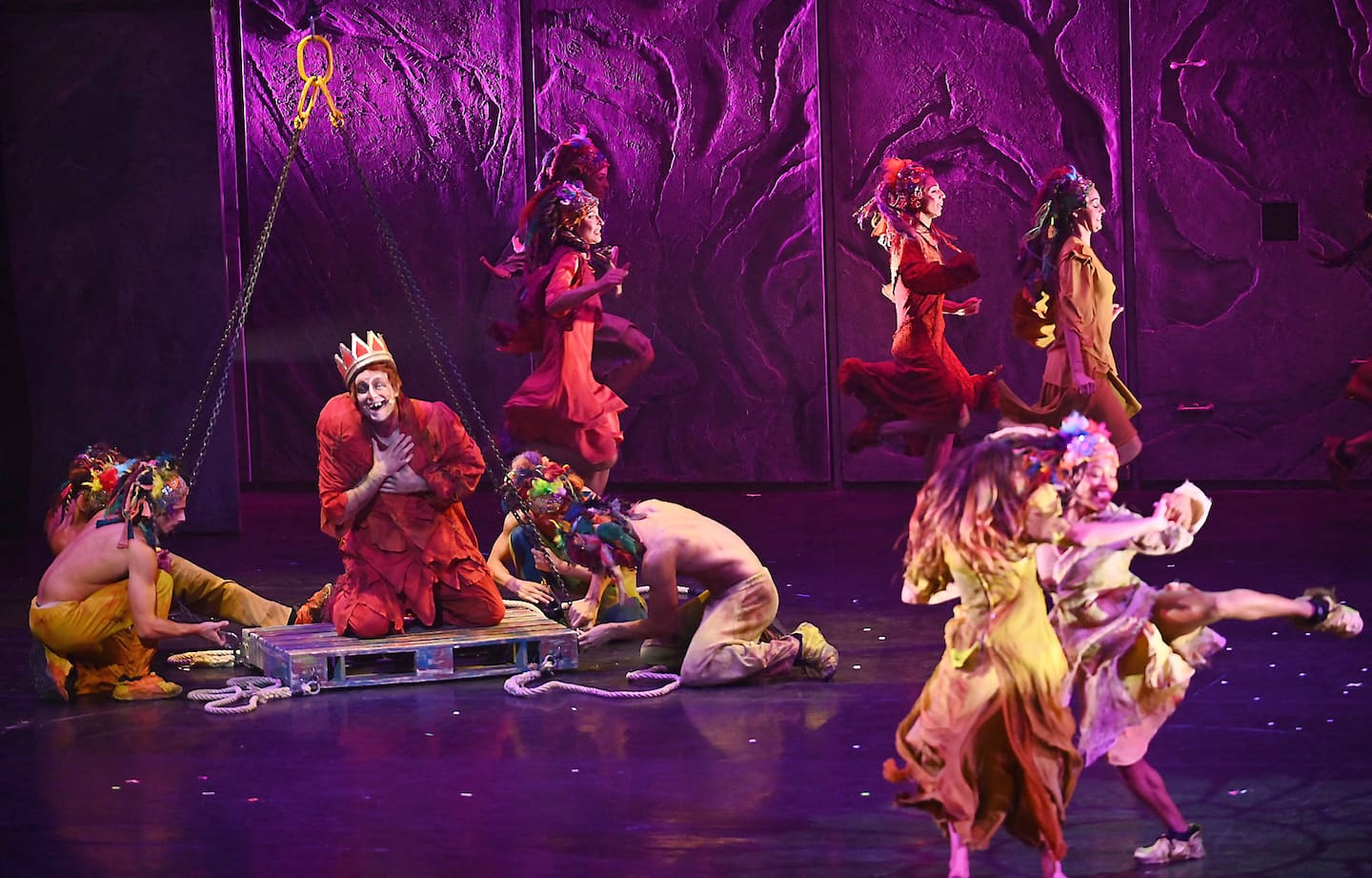 It's hot in New York. But the temperature – sticky and crushing – does nothing to slow down the traffic of Times Square, the busiest place in the Big Apple.

Dancers and acrobats from the Notre-Dame de Paris musical show warm up for an impromptu performance, the day after their very first performance at the prestigious Lincoln Center. Not far from them strolls the distribution. Then, Luc Plamondon arrives.

Immediately, we feel the effervescence go up a notch, foamed by the aura of the lyricist. A woman also apostrophes the representative of the Journal.

"He's an important man, isn't he? I feel it ! she exclaims with a heavy New York accent. She takes a picture of it before blending back into the local jungle.

This anecdote, told to Luc Plamondon in the evening, brings a modest smile to him. And this modesty characterizes him perfectly. Because the famous lyricist – widely considered one of the greatest of the Francophonie – is not the type to seek attention or to put himself on show.

However, his words marked their time, whether sung by Céline Dion, Ginette Reno, Robert Charlebois, Bruno Pelletier, Julien Clerc, Diane Dufresne or even Johnny Hallyday. From the height of his 80 years, he could easily be jaded, accustomed to the success that has followed him for more than 50 years already.

But he is not. In an interview with the Journal, he admits having had difficulty in holding back his tears, the day before, while attending the very first performance of Notre-Dame de Paris in New York, last week.

“I was very moved”, he drops, met in the lobby of Lincoln Center, on the sidelines of the media premiere on Thursday evening.

“It was moving to see Notre-Dame de Paris in this room. I have known her for 50 years; I saw operas there, I saw [Mikhail] Baryshnikov dance and I met Rudolf Nureyev here, ”he continues.

While Notre-Dame de Paris will celebrate its 25th birthday in September 2023, everything suggests that the work of Luc Plamondon and Richard Cocciante will continue its momentum for a long time to come, as do the Phantom of the Opera, Chicago and other The Lion. King who continue to bring crowds to Broadway.

When the subject is broached in an interview, Quebec producer Paul Dupont-Hébert seizes the ball.

“The first 25 years of a show are always the hardest. When it exceeds this mark, it is launched for life. I do think that Notre-Dame de Paris will be like Les Misérables – also inspired by the work of Victor Hugo, by the way – and continue to play for a long time. It's too well established to stop, ”he says.

“As long as people come to see us, we will be there. In any case, given my age, I know that I will continue to see him all my life, ”adds Luc Plamondon, laughing.

In this case, we wish him to live forever.

♦ Notre-Dame de Paris will then be shown in Quebec in August.

♦ Travel and accommodation costs were provided by Tandem.

They are 19 and 21 years old. They are young. So young, even, that Jaime Bono, Philippe Tremblay and Emma Lépine have never known a world without Belle, Le temps des Cathédrales and other hits from Notre-Dame de Paris. And today they put on the clothes of Esmeralda, Quasimodo and Fleur-de-Lys on stages around the world. “The next generation is assured,” promises Luc Plamondon.

"The reputation of Notre-Dame de Paris... it's big. The show is emblematic, everyone knows it, ”breathes Philippe Tremblay, met by Le Journal backstage at Lincoln Center in New York.

At 19, the native of Charlevoix thus becomes the youngest performer to slip into the shoes of Quasimodo. He has been preparing for more than a year and a half for this "very, very big challenge" which he is taking up these days for the very first time as an understudy for Angelo Del Vecchio, the main interpreter of the famous ringer. bells of the cathedral.

“There is definitely a lot of pressure that comes with the role of Quasimodo; very great singers defended it with me, including Garou. It takes a long time to assimilate a character like that, to understand him well and to place my voice in his songs. But I am ready,” he continued.

Same story for Jaime Bono. The 19-year-old Quebecer evokes both “tremendous pressure” and “an excitement that cannot be explained in words”. After joining the troupe of Notre-Dame de Paris less than a year ago, she has already provided understudy for the characters of Esmeralda and Fleur-de-Lys in Seoul and Taiwan.

If Philippe Tremblay and Jaime Bono are not on stage at each performance, Emma Lépine has been the official interpreter of Fleur-de-Lys for almost three years now. The 21-year-old singer recalls feeling "like stepping into a little piece of history" when she landed the role.

“My childhood was rocked by the songs of Starmania and Notre-Dame de Paris. It was a big dream come true when I landed the role of Fleur-de-Lys. And I'm living another one right now, performing it in New York. It was here that I realized that I wanted to do musicals, coming to see Aladdin on Broadway five years ago, ”says the young singer.

For the love of French

She does not hide her pride in being able to defend this role in French, both in Asia and in the United States.

“I am from Quebec, so French is essential. Yes, it may happen that I sing in English from time to time, but I will always present myself as a singer who writes, who composes and who sings in French”, pleads Emma Lépine.

“And the words of Luc Plamondon are of great genius. To be able to make them resonate in their original version around the world is a great privilege,” she adds.

To say that Jaime Bono's story is like a fairy tale would be an understatement. Because it was when she met the famous lyricist, by pure chance in a restaurant in the metropolis, that she saw her destiny take the unexpected turn that would lead her to Broadway.

Jaime Bono's voice rises almost an octave, driven by excitement, when we talk to him about his meeting with Luc Plamondon. And his story is not trivial.

“It happened like in a movie”, drops Jaime Bono. Then she changes her mind.

“In fact, if people saw that in a movie, they wouldn't believe it. They would say it's too exaggerated, that it's not believable. I get chills every time I think about it,” she laughs.

The young Quebecer was not supposed to go out that evening, two years ago. But her parents convinced her to go and spend a family evening in a restaurant in the metropolis. Then, after dinner, Jaime Bono recognized a familiar face at the back of the establishment: that of Luc Plamondon.

“We paid for his dinner so we could talk to him for a few minutes. I was so in shock – he's been my lifelong idol! – that I even forgot to tell him that I was singing before he left,” recalls Jaime Bono.

“My mother is a very shy woman in life. But she grabbed me by the arm and told me that I wouldn't get out of here alive if I didn't sing her a song.

And that's what she did... Not without first grabbing - then gulping down - a glass of alcohol on a waiter's tray. Following Luc Plamondon on the sidewalk as he left the restaurant, the young woman sang Je suis maladie, tube by Lara Fabian, on the forecourt of the restaurant.

The memory also remains engraved in the memory of Luc Plamondon.

“It was perfect, it was amazing. She hit all the same notes as Lara Fabian. Three days later, she flew to Paris to replace a singer who then refused to be vaccinated. And within months, she was singing on stage in Seoul with Notre-Dame de Paris, ”he explains.

Since then, the young woman has provided the understudy for the two female characters of the Notre-Dame de Paris show, namely Esmeralda and Fleur-de-Lys. After the performances in New York, Jaime Bono will follow the troupe to New Brunswick and Quebec, where she will tread the stages for the first time.

" I can not wait. It's crazy what I'm going through right now. I did not even dare to dream of it, ”she says.

1 Breast cancer prevention: the importance of choosing... 2 Does Glencore pay all it owes to the Quebec tax authorities? 3 Inflation and heavy debt never mix 4 Obibox: faster to deliver than giant Amazon 5 Sri Lanka renews state of emergency ahead of key vote 6 Spain: a firefighter killed in a fire in the northwest... 7 Ze life in English in Paris 8 UK slows down in unprecedented heat 9 Resumption of grain exports from Ukraine is 'a... 10 India's parliament begins voting for a new president 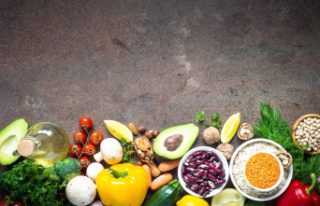