Suzuki and Caufield: a complicity even for mothers

WASHINGTON | Victory or defeat, there were smiles, happiness and a very tangible complicity in box 315 of the Capital One Arena. 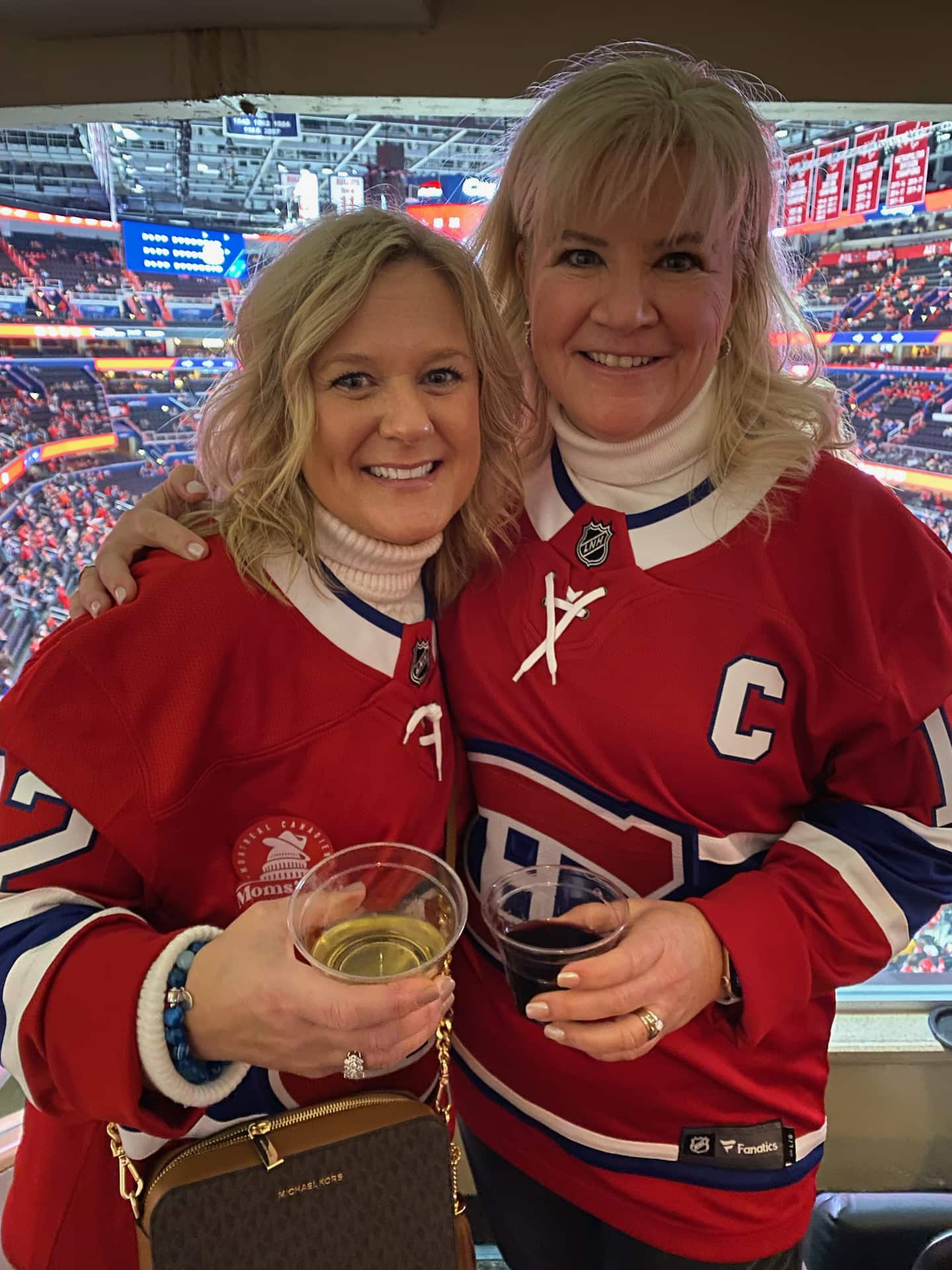 WASHINGTON | Victory or defeat, there were smiles, happiness and a very tangible complicity in box 315 of the Capital One Arena. Invited by the Canadian to participate in trips to Washington and Nashville, the mothers kept their spirits up despite a 9-2 loss on Saturday against the Capitals.

• To read also: The CH undergoes a correction of 9 to 2 against the Capitals under the gaze of the mothers

• To read also: The CH invited the mothers of the players for the stays in Washington and Nashville

After the match, the 19 moms immortalized a moment with Alexander Ovechkin, author of a hat trick in this crushing victory. It's not every day that we have the chance to come across the person who is chasing Wayne Gretzky for the most goals in NHL history (894).

At the start of the second period, an interview with Céline Lamy, David Savard's mother, is paused.

Cole Caufield has just scored on the power play after a precise pass from Nick Suzuki. Caufield hits the 20-goal plateau this season. At this point in the game, the score is 2 to 1.

As on the ice where we circle the one who hit the target, the mothers move towards Kelly Caufield to offer her hugs and friendly pats. Amanda Suzuki is one of the first to congratulate mom Caufield.

"It's still surreal for me to see my boy on NHL ice," Amanda said. There are still people who don't like it when I use the word surreal, but that's how I feel when I look at him with the "C" on his Canadiens jersey, a great team. »

“Nick and Cole have a lot of fun on the ice, they have a great bond, continued the sympathetic Amanda. I traveled with Kelly, Cole's mother, to Washington. I met him at the Detroit airport to leave for the American capital. We were on the same flight, our boys had bought our tickets. We were neighbors on the plane. I was meeting her for the first time, but I had the feeling that I already knew her. We are good friends. She had some great things to say about Nick and I could reciprocate by talking about Cole. »

Mom Suzuki had traveled from London, Ontario to Detroit, a journey of almost two hours. In the case of the mother of number 22, she had taken a flight from Wisconsin to the city of the automobile.

In another corner of the box in the amphitheater of the Capitals, Celine Lamy, the mother of David Savard, probably does not have the same level of nervousness. Still injured alongside, Savard does not participate in this meeting against the Caps.

"I'm not used to interviews," says Madame Lamy with a smile. You will allow me to correct myself if I seek my words. »

But there's no time the CH defender's mother needs to stop the conversation except when Caufield has scored.

"I'm visiting Washington for the first time, it's such a beautiful city," says Ms. Lamy. I love museums, so I'm happy here. We visited many things including the Capitol. We are lucky, we are treated like princesses by the Canadian. »

“I found it funny since I thought of the Forrest Gump movie when I saw the water in the big park. »

In the legendary film, Forrest Gump gave a speech against the Vietnam War in front of the Lincoln Memorial in Washington's West Potomac Park.

Calm, thoughtful and focused on the importance of hard work and honesty, Madame Lamy sounds exactly like her son.

"David had some very good seasons in Columbus and a trade allowed him to win the Stanley Cup with the Lightning," she recalled. He made every hockey player's dream come true. He worked all his life for this moment. »

“Afterwards, he received a contract with the Canadian. All the little guys from Quebec who play hockey want to play for the Canadiens. It was another dream. But, like mom, I told him that I was happy to see him leave for Montreal at the age of 30. It's a sometimes cruel life with the Canadian. You can be a hero and the next day you get criticized. However, David has the maturity to handle it well and he is a team player. »

1 Tennis: Martina Navratilova with breast and throat... 2 RELEASE: CGTN: The president of CMG congratulates... 3 Filip Mesar is learning French... and swearing! 4 Kristopher Letang in mourning for his father 5 “Bye Bye 2022”: the sketches and characters most... 6 Celine Dion excluded from Rolling Stone magazine's... 7 The Ibex closes the first trading day of 2023 with... 8 Dubai abolishes its 30% tax on alcohol 9 Norway: electric cars approach 80% market share in... 10 New Year: Guy Laliberté back with his crazy decor... 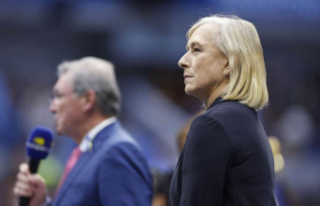