The attack on the Remparts breaks out

Zachary Bolduc and James Malatesta will have the choice of headgear for their Halloween costumes. 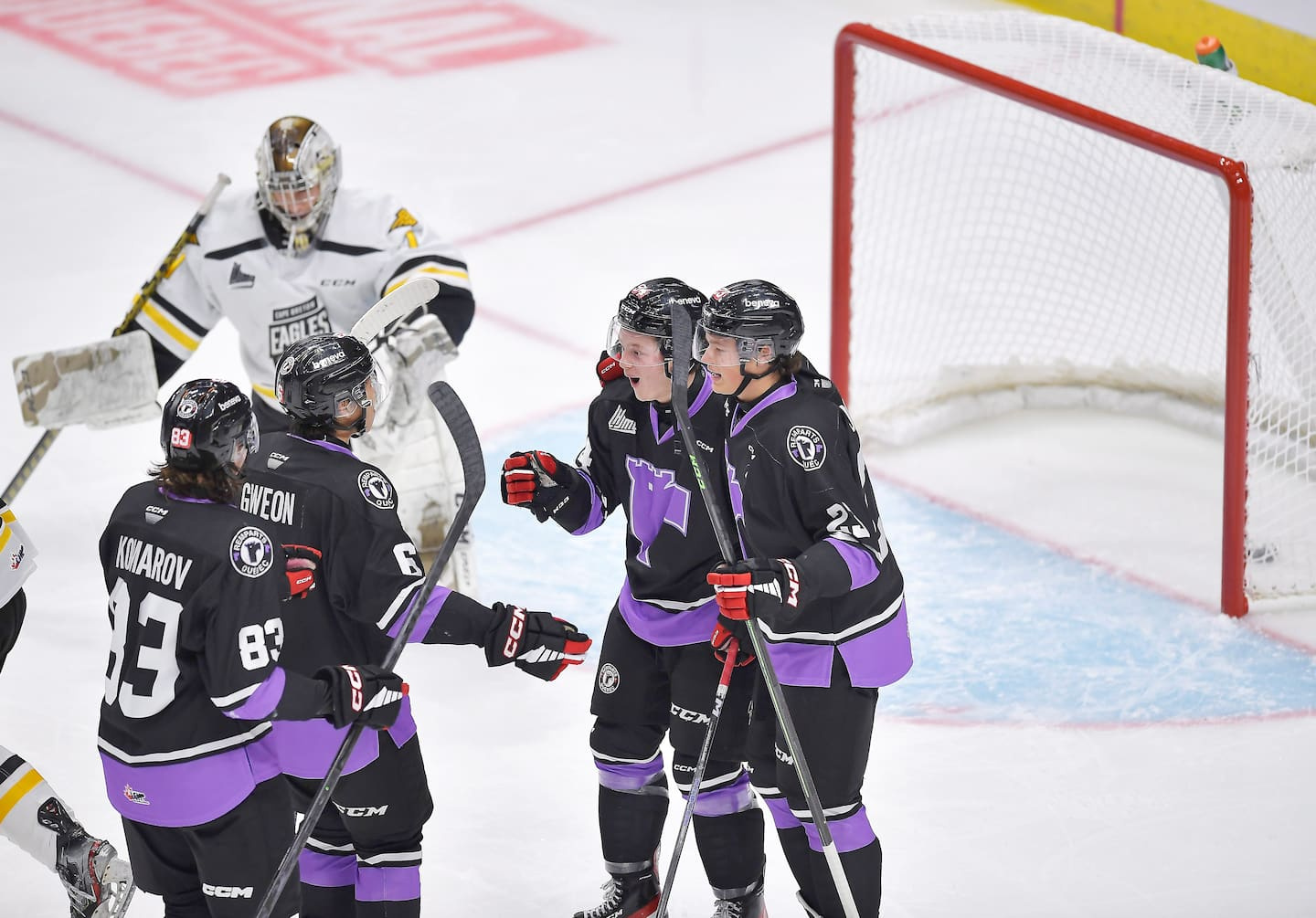 Zachary Bolduc and James Malatesta will have the choice of headgear for their Halloween costumes. The Remparts forwards both scored a hat trick on Saturday night en route to a convincing 9-2 victory over the Cape Breton Eagles.

Kassim Gaudet, Zachary Marquis-Laflamme and Charle Truchon were the other Red Devils scorers who completed this six-game streak against teams from the Maritimes with six wins and a total of 39 goals scored, an average of 6.5 per game .

Malatesta and Bolduc also each added an assist, while captain Théo Rochette finished the game with four assists.

“We knew the Eagles would start the game well. We had seen them against Victoriaville and Sherbrooke and we had told the guys that we had to come out strong. That’s what we managed to do, and in the second, we took advantage of the chances we had,” summed up Patrick Roy.

The Remparts had got off to a slow start and the Eagles had just been buzzing in Quebec territory for a few minutes when Malatesta grabbed a throwback from Nathan Gaucher to register his 10th of the season and open the scoring.

The Remparts were never bothered thereafter, scoring five goals in the second to put the game beyond the reach of their opponents who were playing a third game in three nights.

After training on Thursday, Bolduc had mentioned to the Journal that he expected it to unlock for his trio, completed by Rochette and Pier-Olivier Roy. And it was the case.

“It connects, we play well together. We work well in the back end. I really saw it coming. With Théo and P-O, we play really well and we are close to each other. Tonight we played a very good game, ”said the man who scored three goals while the Blues player development coach, Matt D’Agostini, is in town to work with him.

Bolduc now has eight goals this season, compared to 12 for Malatesta. Is a friendly competition taking hold in the Red Devils locker room?

" No really not ! James plays really good hockey and he deserves all the goals he scores. He is physically involved, he goes to the net and that's how he creates his success. It's not a competition between the two of us. If it's James who scores 50 goals this season, I'm really going to be happy! »

Briefed on what his teammate had said about him, Malatesta burst out laughing.

“Everyone is playing really well right now. Our line with Nathan [Gaucher] and whoever we are paired with, it's going very well. It is thanks to them that I have this success and we will continue like this. »

In the Eagles camp, we were preparing for another long bus trip of just under 15 hours in the direction of Sydney. On Saturday, they played their third game in three nights against a rested team that had not played since last Sunday.

A deplorable situation, according to head coach Jon Goyens.

"One thing I would ask the world: when people come to us, it's always for three-game streaks in four days. We always play three in three. Already we don't practice often, in addition, it takes two days of travel to get there. We have a lot of young people and injuries. We were okay in first and then we were in a mess. The brains begin to become unresponsive. »

In addition, the Remparts have learned bad news: Mikaël Huchette will miss at least two months of activity after suffering a tear in the anterior cruciate ligament of the right knee during training last Thursday.

►They will receive a visit from the Voltigeurs de Drummondville starting at 3 p.m., Sunday afternoon, at the Videotron centre.

1 Mathurin rivals the mighty Nets 2 The Tigers subdued in Chicoutimi 3 Rouge et Or: records to end the season 4 The Océanic intends to revive against the Islanders 5 Emerald ash borer: Turning diseased trees into works... 6 Cultural activities: what to do this weekend 7 Video games: Zombies, witches and other Halloween... 8 “We are Jane”: “I think it is high time that... 9 Psycho: my son lives on the street 10 Five films to see at the International Film Festival... 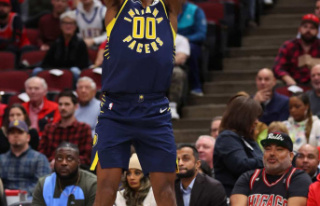