ANNOUNCEMENT: Malaga Institute of Technology has been awarded the European Fashion, Culture and Teaching Award 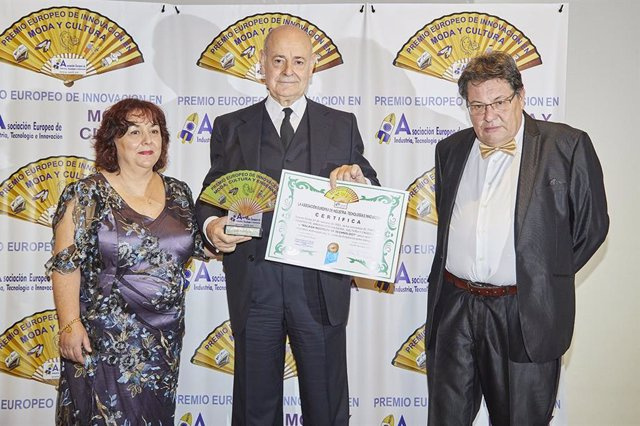 The only educational center in Malaga authorized by the Junta de Andalucía as bilingual.

On October 21, at the Marriott Auditorium hotel in Madrid, the EUROPEAN AWARD FOR INNOVATION IN FASHION, CULTURE AND EDUCATION was awarded to MIT School Málaga, a teaching center in the City of Málaga, which provides early childhood education, primary, secondary, baccalaureate, international baccalaureate (double degree), all in bilingual, which also combine Chinese (from the age of 3), German (from 1st grade), French and Russian, as extracurricular activities. The center combines in its educational project ancient wisdom with modern knowledge. For this reason, the pillars of his teaching are new technologies, sports and values ​​such as effort, dedication, enthusiasm, respect, courtesy, responsibility, humility, enthusiasm and discipline. Its mission is that education implies the enjoyment of learning and enables each person to find their own paths for development and happiness. Its Educational aspiration puts everything related to the exchange of teachings and learning, protected by the support of new technologies, with wireless networks, virtual tutorials through the Internet, smart boards, etc. Some teachings and learning that are inserted in their behavior and that must serve them, above all, for life. The School should not only be a place of academic preparation, but also a school for life. In addition to all the technological advances and revolutionary innovations that they pose in the field of education, or some ambitious and motivating educational programs, they seek rather to instill a style, a certain way of doing things and of successfully facing the problems that life The personal and professional nature of a human being inevitably entails. The school can be found at: https://colegiomit.com The award jury, made up of the Association's Board of Directors, has awarded it for the innovation that the teaching method entails. that they use, having English as the vehicular language, since even Chinese is taught from the basis of English and not Spanish. The representative of the MIT SCHOOL of Malaga, Mr. Serafin Gonzalez Morcillo, received the award and accrediting certificate from the President of AEITI, Mr. Jordi Bentanachs, and the Vice President, Mrs. Rosa Maria Puentedura, at a gala dinner. The European Association of Industry, Technology and Innovation, known as cidated as AEITI, it was founded in 2019, in order to help and support the Spanish company in its competitiveness in Europe and the world, despite the pandemic they have managed to continue with their tasks, on December 26, 2021, they signed a mutual collaboration agreement with the Chinese Association, EU China, science, technology committee, participated by the European Union and the Chinese Government, based on the collaboration agreement signed in 2017. They have also signed a cultural and business collaboration agreement with the Miami Foundation, international Network of social journalism, which is a reference Foundation there. AEITI, has Mr. Jordi Bentanachs as president and Ms. Rosa María Puentedura as vice-president, renowned Spanish businessmen, being honorary members, the well-known journalist and politician D. Bernardo Rabassa and the renowned Malaga ophthalmologist D. Manuel Garcia Marcos.

1 ANNOUNCEMENT: The Escoem consultancy from Granada... 2 Indra earns 116 million until September and shoots... 3 The IMF predicts more inflation in Latin America and... 4 The Ibex 35 leaves 0.38% in the session and moves... 5 World Bank warns about the "heterogeneous"... 6 Ribera regrets that Germany is reluctant to intervene... 7 Registrations rise 11.7% in October, despite the bridge... 8 COMMUNICATION: CGTN: Foreign capital, positive in... 9 ANNOUNCEMENT: Paramount and Virgin Media agreement... 10 PRESS RELEASE: NEOM invests $175 million in Volocopter... 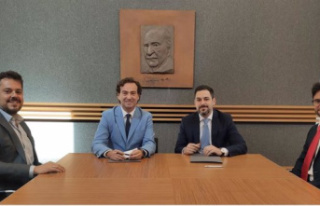 ANNOUNCEMENT: The Escoem consultancy from Granada...