COMMUNICATION: Repair your Debt Lawyers cancels €7,532 in the Balearic Islands thanks to the Second Chance Law 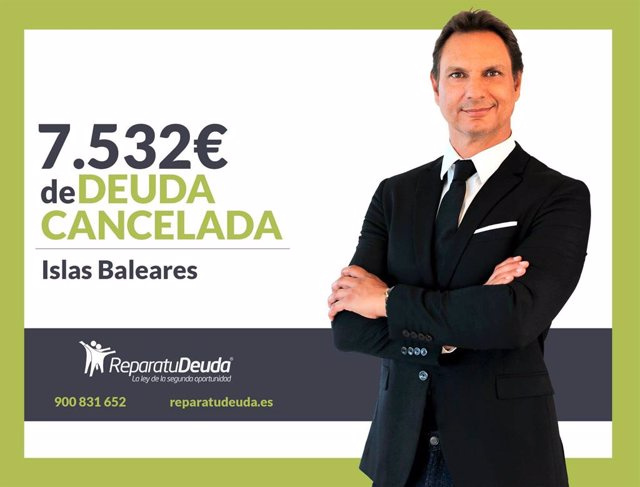 The leading lawyers in the Second Chance Law have more than 20,000 clients throughout Spain

The Court of First Instance No. 4 of Palma de Mallorca (Balearic Islands) has issued a Benefit for the Exemption of Unsatisfied Liabilities (BEPI) in the case of the marriage formed by FM and PF, which has been exonerated from a debt that amounted to 7,532 euros. The case has been processed by Repara tu Deuda Abogados, a leading law firm in Spain in the Second Chance Law. SEE SENTENCE. As the lawyers at Repara tu Deuda explain, "when they arrived in the Balearic Islands, they suffered from a lack of work for a while. On the other hand, they had to continue paying the rent, food and the different expenses. It was urgent to get the enough money to be able to continue living. However, the labor problem lasted longer than they would have liked. Given this situation, they had no choice but to avail themselves of this legal tool in order to continue living." The Second Chance Law entered into force in Spain in 2015 after approval by Parliament. In September of that same year, the law firm was created to cancel the debts that individuals and freelancers have contracted and that they cannot assume. Putting yourself in the hands of a professional and specialized law firm is key to succeeding in the process. For this reason and to offer confidence to both clients and other potential beneficiaries, the cases are published on its website and are available to anyone interested in consulting them. Currently, the law firm has more than 20,000 people who have put their history of indebtedness in your hands. At present, it continues to be the only one dedicated exclusively to the application of this legislation. Currently, Repara tu Deuda Abogados has managed to exceed the figure of 107 million euros exonerated to its clients, which makes it a benchmark and leader in the market. of debt cancellation for individuals and the self-employed. Bertín Osborne collaborates with the law firm to spread this legislation among all kinds of people. "We are facing a tool - declare the lawyers - that can help all individuals and freelancers in a situation of over-indebtedness to get out of the hole in which they find themselves and offer them a second life".

1 ANNOUNCEMENT: CAP3000 named best shopping center in... 2 ANNOUNCEMENT: MDT presents the AMR angle sensor series... 3 COMMUNICATION: 350 Spanish companies among the best... 4 COMMUNICATION: Xebook, a comprehensive platform for... 5 The textile sector increases sales by 4.2% in October... 6 EU suspends visa waiver for Vanuatu over 'golden... 7 European Justice agrees with Fiat and exempts it from... 8 The Treasury places 4,333 million in letters at 6... 9 CC.OO. remember that the strike of carriers is not... 10 Spain is the fourth country in Europe with the most... 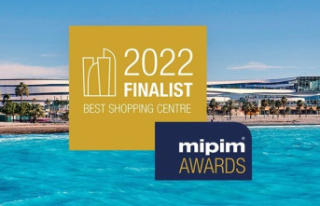