According to a star candidate of the PLQ: Legault has personality traits of a “narcissistic manipulator”

The Prime Minister deliberately cultivates the distrust of Quebecers with regard to immigrants, according to the liberal Dominique Anglade. 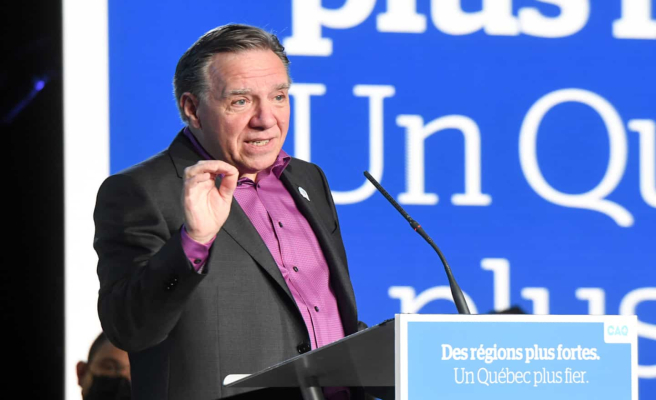 The Prime Minister deliberately cultivates the distrust of Quebecers with regard to immigrants, according to the liberal Dominique Anglade. His star candidate in Laporte, Mathieu Gratton, even believes that François Legault has personality traits “of a narcissistic manipulator”.

• Read also: CAQ report: what note to give to the Legault government? Our columnists speak out

The Liberal Party unveiled its platform on Saturday for the election campaign to be launched at the end of the summer. According to the leader, Quebecers deserve better than a prime minister who deliberately divides citizens.

She takes as proof the speech of François Legault who depicts newcomers as a threat to the Quebec nation. In recent weeks, the Prime Minister has linked the survival of French to obtaining powers of selection for immigrants.

Liberal candidate in Montérégie, humorist and author Mathieu Gratton voted for the CAQ in the last ballot, 4 years ago. But the Prime Minister's "arrogance" made him disillusioned.

Even more, he finds personality traits “of a narcissistic manipulator” in François Legault. "To isolate oneself to reign better (...), a manipulative charm, (...) I still recognize some of these attributes in the Prime Minister", he told journalists, on the sidelines of the meeting. militant event.

The flagship measure of the electoral platform presented to the members of the PLQ is a tax cut for the middle class, as revealed on Saturday by our Parliamentary Office.

An Anglade government would reduce taxes by 1.5% for taxpayers earning up to $92,000 annually. To compensate, however, the richest will have to contribute more. A new tax bracket would be created for Quebecers earning $300,000 or more per year. The latter would see their tax rate increase by 2%.

Lowering taxpayers' taxes is less electoral than the check that François Legault promised Quebecers if he is re-elected, mocked Dominique Anglade. "It's long term, it's not short term, it's not a check that's going to help if there's a problem. The crisis that there is now is a crisis that will last, ”she pleaded.

The chief assured that this tax relief would not result in cuts in public services. The Liberals plan to maintain the timetable for a return to balanced budgets in 2027-2028 and take advantage of government revenues that turn out to be much higher than expected.

"Inflation also brings a lot of money back into the coffers of the state, the state collects money from the pockets of taxpayers, but this money must be redistributed to help the middle class", insisted Dominique Anglade .

1 Pierre Lavoie Grand Challenge: encounters and emotions 2 The Cataractes win the President's Cup 3 Fire Island: nice, but nothing more 4 A 4-year-old boy drowned in a swimming pool in Saint-Lambert 5 MLB: a complicated first start for Shane Baz 6 MP and police chief arrested for helping teenage girl... 7 A girl on a mission 8 Canadian Open: Tony plays fine Finau 9 The Alliance was just one basket away from victory 10 Lightning: Palat, the Silent Assassin 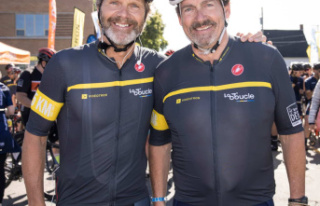