[IN IMAGES] "We are alive, it's a good day", testifies a Ukrainian

11 Partisans Street, in the “Red” district of Konstantinovka, a town on the front line in eastern Ukraine. 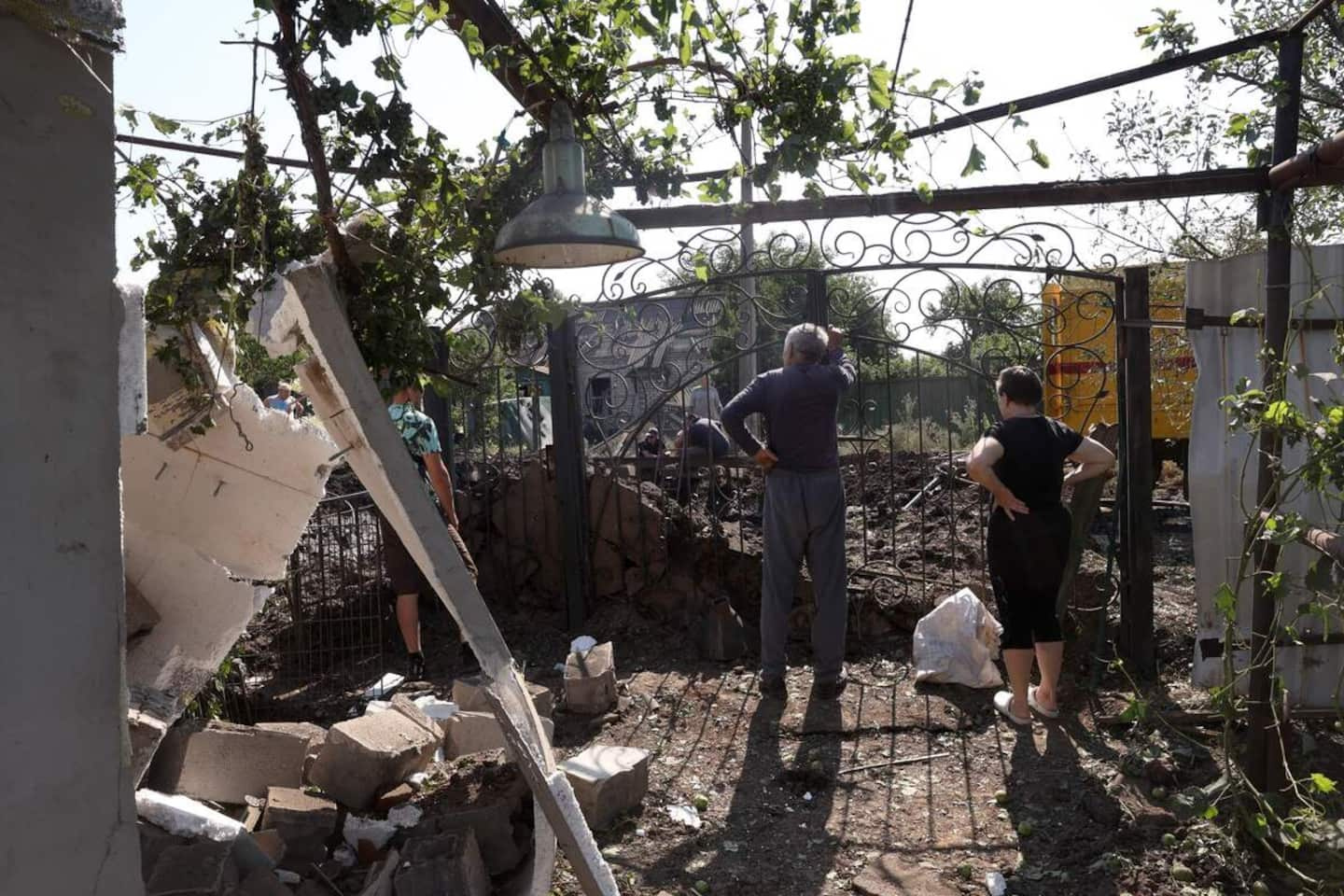 11 Partisans Street, in the “Red” district of Konstantinovka, a town on the front line in eastern Ukraine. A half-destroyed house, a deep crater, the usual sight of desolation. This is the third time the neighborhood has been hit in four days.

Workers are busy pumping the water that fills the crater, about ten meters in diameter, caused by the rocket which fell around 5:00 am on Saturday. A water pipe was hit.

Dozens of neighborhood residents watch the spectacle with weary eyes. Dismal routine of war. A woman approaches, puts her hand in front of her mouth in front of the sad spectacle, and goes away without saying a word.

But Olga Dekanenko almost smiles. "We're alive, it's a good day," said the 67-year-old woman, walking, leaning on her cane, in the ruins of her house. “The house where my two children were born,” she explains proudly, picking up family photos from the rubble.

In the upside-down garden, his dog, still in shock, stubbornly closes his eyes and barely breathes.

Olga doesn't even remember what happened at dawn. Her devastated little room overlooks the garden where the rocket fell, she found herself at the foot of her bed, under blankets, pillows, stones.

Impressively calm, this former worker in one of the metallurgical factories that made Konstantinovka famous during the Soviet period, unfolds her memories. Work in the nickel factory, good pay, retirement at 50 due to exposure to the metal.

“I can't say that I regret this period, but of course, us old people have a nostalgia for the Soviet era,” says Olga with her sweet smile. But she is aware that “it is not the same for young people”.

At his side, his sister Nina Tchouprino, a little younger, recalls that until the 1960s, the oblast (region) of Donetsk, in which Konstantinovka is located, bore the name of Stalin.

From 1991, the factories of this town of 70,000 inhabitants began to close one after the other, many inhabitants left, the tram, whose rails cross the district, ceased to operate.

In this industrial region, many inhabitants feel they have been abandoned by kyiv and cultivate pro-Russian feelings.

"Me, I'm afraid of everyone, Russians and Ukrainians," sighs Nina Tchouprino, who worked in a factory manufacturing batteries.

Why was this modest and emblematic district of Soviet history hit three times in four days?

"There may be Ukrainian soldiers in the school" nestled in the middle of the houses, mutters a sixty-something man in shorts and shirtless, who refuses to give his name.

An explanation taken up by several inhabitants, without real animosity, just an observation. Fatigue, lassitude, are palpable in the Chervone (Red) district. If the Ukrainian soldiers hide there, says a neighbor pointing to a large disused building, “next time it will be carnage”.

In front of Olga's destroyed house, Margarita, a 15-year-old red-haired teenager, cannot hold back her tears. “I'm afraid there won't be anything left of our town soon. I think so, the Russians will eventually arrive... I hope the army can defend us,” she said in a trembling voice.

The Russian forces, which have conquered almost the entire region of Lugansk, have been pushing for several weeks to seize that of Donetsk, and thus control all of Donbass, one of their priority war objectives.

“We are just workers, peasants. It doesn't matter who comes, if we are given work, a normal life, it's OK,” sighs a man before turning on his heels. 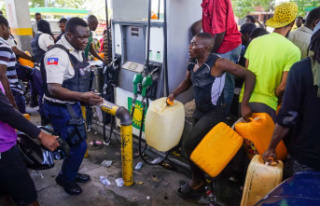 Haiti: at least 234 dead or injured in Cité Soleil