The launch of the Lévesque Year, aimed at commemorating the 100th anniversary of René Lévesque, will take place on Monday evening at the Grande Bibliothèque de Montréal. 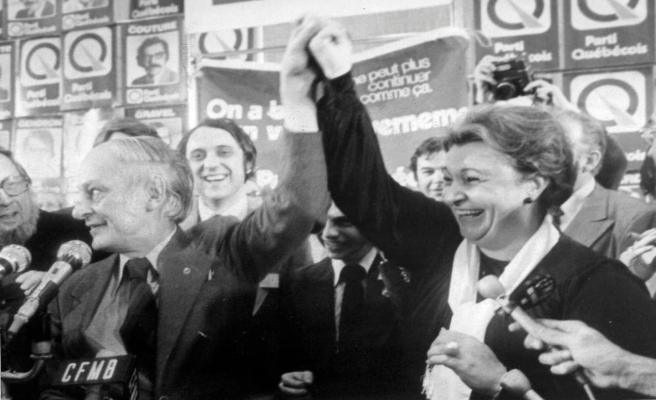 The launch of the Lévesque Year, aimed at commemorating the 100th anniversary of René Lévesque, will take place on Monday evening at the Grande Bibliothèque de Montréal.

The centenary festivities of the former premier and founder of the Parti Québécois will begin in the presence of many personalities, including current Premier François Legault and former Premier Lucien Bouchard.

After some controversy, the leaders of the Parti Québécois, the Liberal Party of Quebec and Québec solidaire, Paul St-Pierre Plamondon, Dominique Anglade and Gabriel Nadeau-Dubois, will also deliver short speeches during the ceremony.

Last week, the leader of the PQ had thrown a stone into the pond by deploring not to have been invited to participate in the event. The René-Lévesque Foundation then corrected the situation by inviting the leaders of the PQ, PLQ and QS to participate.

The children of René Lévesque, Suzanne and Claude, must also participate in the ceremony, as well as the president and chief executive officer of Quebecor, Pierre Karl Péladeau.

In addition, political scientist and professor Guy Lachapelle will take the opportunity to launch his book “René Lévesque. A man and his century”, which “brings together chronicles, interviews and speeches by René Lévesque which testify to the view he had on his century and the place of Quebec in the world”.

Established by the René-Lévesque Foundation, the Lévesque Year is presented by Quebecor, with the collaboration of Hydro-Québec.

1 Erosion: $5 million for the protection of a road in... 2 QMJHL: a new start for Sylvain Couturier 3 Montreal: A snow removal contractor once again singled... 4 Amber Heard speaks out against 'hate and vitriol'... 5 Canada's presence at a party at the Russian Embassy:... 6 Ukraine: 4 dead, 22 injured in bombings in Donetsk,... 7 Harmful spills: $15 million fine for ArcelorMittal 8 “Frank” and “productive” meeting at the White... 9 Alouettes: a storm in a glass of water 10 Washington and Seoul warn of another North Korean... 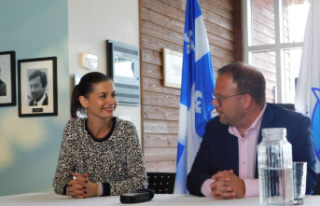 Erosion: $5 million for the protection of a road in...