Psycho: Do ​​you miss the characters from your favorite series?

After the last episode of “District 31”, some people felt a great emptiness both in their hearts and in their daily lives. 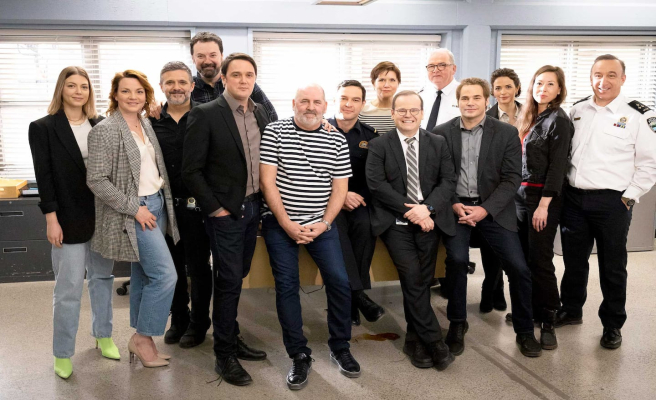 After the last episode of “District 31”, some people felt a great emptiness both in their hearts and in their daily lives. This craving, borderline depressive, which occurs after following the lives of the characters in a series, is very serious. This is called post-series depression.

A team of American psychologists looked into the matter and ruled on several symptoms that show this drop in morale and energy. There is in particular the impossibility of immersing oneself in another work, as if the brain were blocked, but also an irrepressible desire to find the characters, even if it means returning to watch episodes already seen.

Natasha, a cleaning contractor, experienced these kinds of symptoms after the latest episode of “District 31” aired. “I was very excited to see how the series was going to end, but I felt deep down that it would not be the same anymore, she explained to the QMI Agency. When they announced that the series was going to end, I had like an anxiety attack.

Natasha has lived alone since her children left home about ten years ago. She works all day, often alone, and spends most evenings in front of the television. “The guys at 31 were like friends. I lived their adventures by proxy. People might think I'm crazy, but I also talked to them sometimes through the TV. They accompanied my daily life for six years and, all of a sudden, it's over. I experienced it as a separation, something that you loved very much, in which you invested time and heart, and which disappears overnight.

According to researcher Kevin Foss, an anxiety specialist, this phenomenon is natural. “When you get involved in a story, you lose yourself in romance, drama and action. Over time, we develop a kind of intimacy with the characters by following their exploits, sharing their daily lives and living with them their doubts and concerns. We also project part of our personality onto them.” The end of the series and the end of a book are therefore experienced as a small mourning.

Natasha jokes about her “post-District 31 depression” today, but she agreed to talk about it because she still had a difficult few weeks, with down spirits and a feeling of emptiness inside. "It's the first time I've felt that for a TV series. At first I thought it was because of work or because my birthday recently took me past 55. But by talking with friends, I really put my finger on the problem.”

After a few days of depression, she tried to watch a few episodes of the last season, but it was no longer the same. “I hated that feeling. It was like looking at vacation photos with your ex who left you. You know it's over and it'll never come back. In addition, I knew the end of the plot.

The French psychologist Yann Leroux has also studied the phenomenon. “When you watch a series and enjoy it, you quickly get attached to the characters. The feeling of sadness experienced at the end of this series is therefore natural insofar as it corresponds to an attachment. But we will quickly move on to turn it into a good memory.

If a long series that you liked a lot ends, psychologists recommend several actions to avoid feeling the lack or the emptiness: continue to talk about the series with friends, relatives or with members of a fan club or a Facebook fan page. Telling the story to loved ones who haven't seen it can also be liberating. Slowly, your mind will detach and you can dive back into another story from another series.

1 Here are the 15 American movies of the summer 2 France votes this weekend in decisive legislative... 3 TÉLUQ and UQAT add two new master's degrees... 4 Beijing postpones reopening of schools after new wave... 5 [LIVE] 108th day of war in Ukraine: here are all the... 6 Prague announces the death of a Czech in eastern Ukraine 7 Zelensky calls for end to Russian blockade of Black... 8 Sherbrooke: the Grandes-Fourches bridge will still... 9 The first Russian passports issued to residents of... 10 Security around secondary schools: the SPVM arrests... 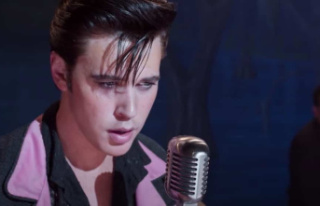 Here are the 15 American movies of the summer