Return of Netanyahu, head of Israel's most right-wing government

After a break in the opposition, Benjamin Netanyahu must return to power on Thursday at the head of the most right-wing government in the history of Israel, which is already raising concerns. 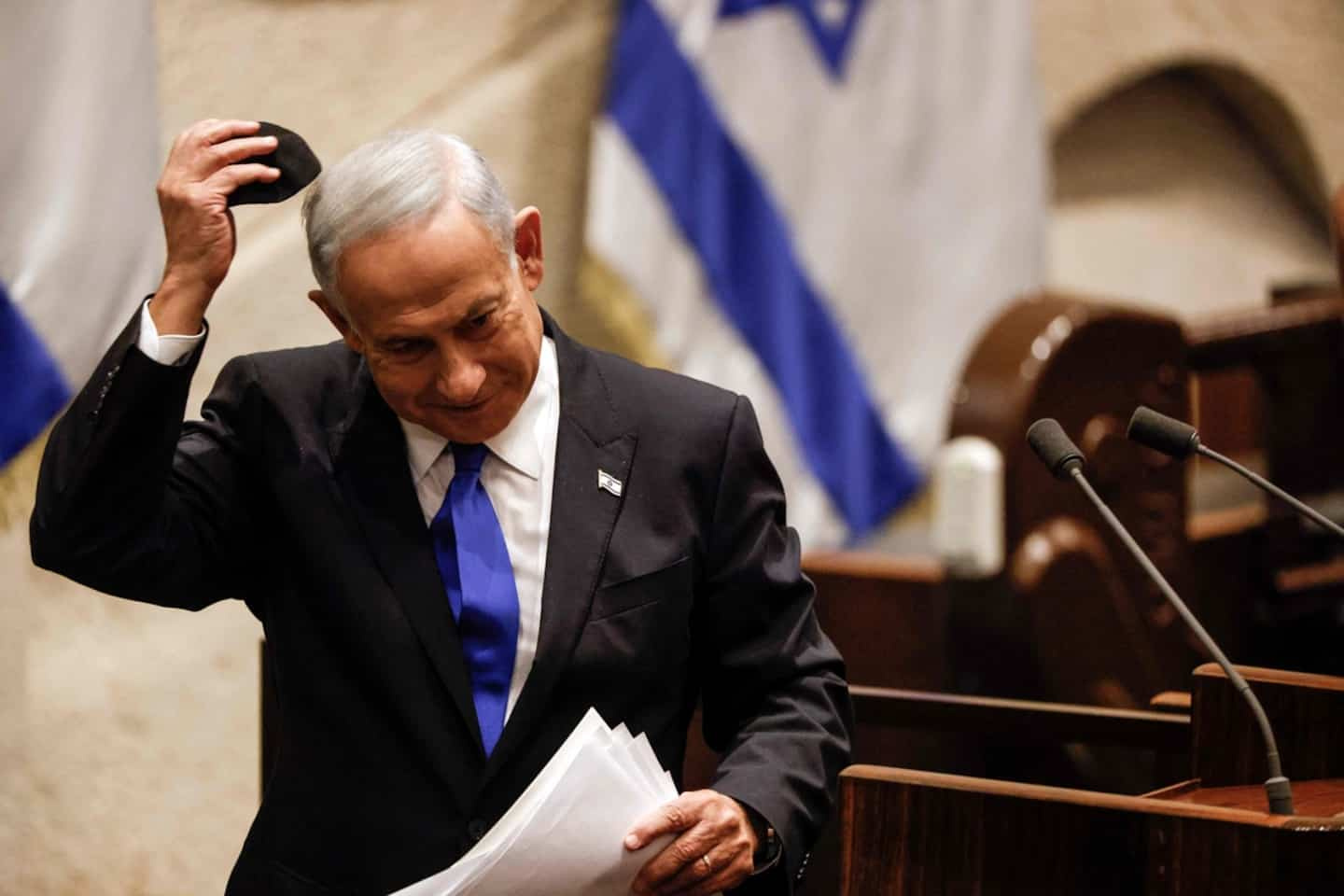 After a break in the opposition, Benjamin Netanyahu must return to power on Thursday at the head of the most right-wing government in the history of Israel, which is already raising concerns.

Winner of the November 1 legislative elections, Mr. Netanyahu presented his ministerial team to the deputies in the morning, before an expected vote of confidence without suspense in Parliament, where his coalition has the majority of seats.

Mr. Netanyahu notably announced the appointment of former Intelligence Minister Eli Cohen as head of Foreign Affairs. The day before, he had indicated that Yoav Gallant, a former senior officer considered close to the pro-colonization movement in the occupied West Bank, was going to obtain the Defense.

The government's mission will be to "thwart Iran's efforts to acquire a nuclear arsenal", "to ensure Israel's military superiority in the region", while "widening the circle of peace" with Arab countries,” Netanyahu told parliament.

Aged 73 and charged with corruption in several cases, the leader of Likud (right) was ousted from power in June 2021 by a motley coalition before promising a return to business by allying with ultra-Orthodox parties and 'far right.

His coalition notably includes Bezalel Smotrich's "Religious Zionism" and Itamar Ben Gvir's "Jewish Force", known for their anti-Palestinian remarks and their positions favorable to the annexation of part of the West Bank, and "Noam " by Avi Maoz, openly anti-LGBTQ.

Hundreds of people, including several wearing the rainbow flag, demonstrated outside Parliament on Thursday against the new government.

It is "a dream for Netanyahu's partners but a nightmare for his adversaries," said Yohanan Plesner, director of the Israel Democratic Institute (IDI).

The Attorney General, Gali Baharav-Miara, recently said she feared reforms reducing the power of judges and a "politicization of law enforcement" which "would deal a serious blow to the most fundamental principles of the rule of law ".

And army chief of staff Aviv Kochavi said he was worried about the creation of a second ministerial post, that of Mr Smotrich, within the Defense itself to oversee the civilian management of the West Bank. .

For many analysts, Mr. Netanyahu multiplied the concessions to his partners in the hope of obtaining legal immunity or the cancellation of his trial for corruption.

"This government is the addition of Netanyahu's political weakness, given his age and his trial, and the fact that we have a new political family, linked to the revolutionary right, that we never had seen with this strength in Israel”, explained to AFP Denis Charbit, professor of political science at the Open University of Israel.

MM. Smotrich and Ben Gvir, who above all wish to strengthen colonization in the West Bank, Palestinian territory where more than 475,000 Jewish settlers already live, “have a very strong thirst for power and they know that what they do not get from here three months, six months, even two years, will not take place”, added Mr. Charbit.

In the wake of the last Hamas/Israel war in Gaza in May 2021 and the recent violence in the West Bank, the most serious since the end of the Second Intifada (2000 to 2005), the fear of a military escalation with the Palestinians is well present.

“There are many red lines: Al-Aqsa, annexation [of the West Bank], the status of Palestinian prisoners (in Israel), etc. If Ben Gvir, as minister, goes to Al-Aqsa, it will be a big red line crossed and it will lead to an explosion,” Basem Naim, a senior Hamas politician, told AFP.

Mr. Ben Gvir has already visited the Esplanade des Mosques (Temple Mount for Jews) in recent months, a holy place at the heart of Israeli-Palestinian tensions in East Jerusalem.

Under a historic status quo, non-Muslims can visit but not pray there, but a visit by a serving Israeli minister to the site would be seen as provocation among Palestinians.

"If the government acts irresponsibly, it could cause a security crisis," said outgoing Defense Minister Benny Gantz.

1 Putin-Xi Jinping interview scheduled for Friday by... 2 Washington approves the sale to Taiwan of anti-tank... 3 Russia: anti-aircraft defense activated near a military... 4 Sudan: eight dead in new tribal clashes in Darfur... 5 Here are the big sporting events of 2022 6 Putin launches new ships and touts his fleet 7 RELEASE: Energybox renews the subsidy for the energy... 8 RELEASE: Glass by Gaviota: very positive year balance... 9 Centre-du-Québec: a collision leaves one dead and... 10 More than 11,000 Hydro-Québec customers still without... 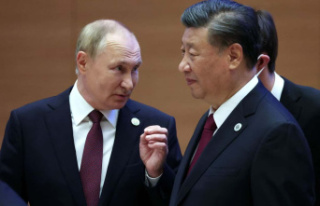