ISTANBUL | Turkish, Russian and Ukrainian experts inspected on Wednesday near Istanbul the ship carrying the first cargo of cereals exported by Ukraine since the start of the Russian invasion on February 24, in application of the agreement signed in July in the Turkish capital with a view to curbing the world food crisis. 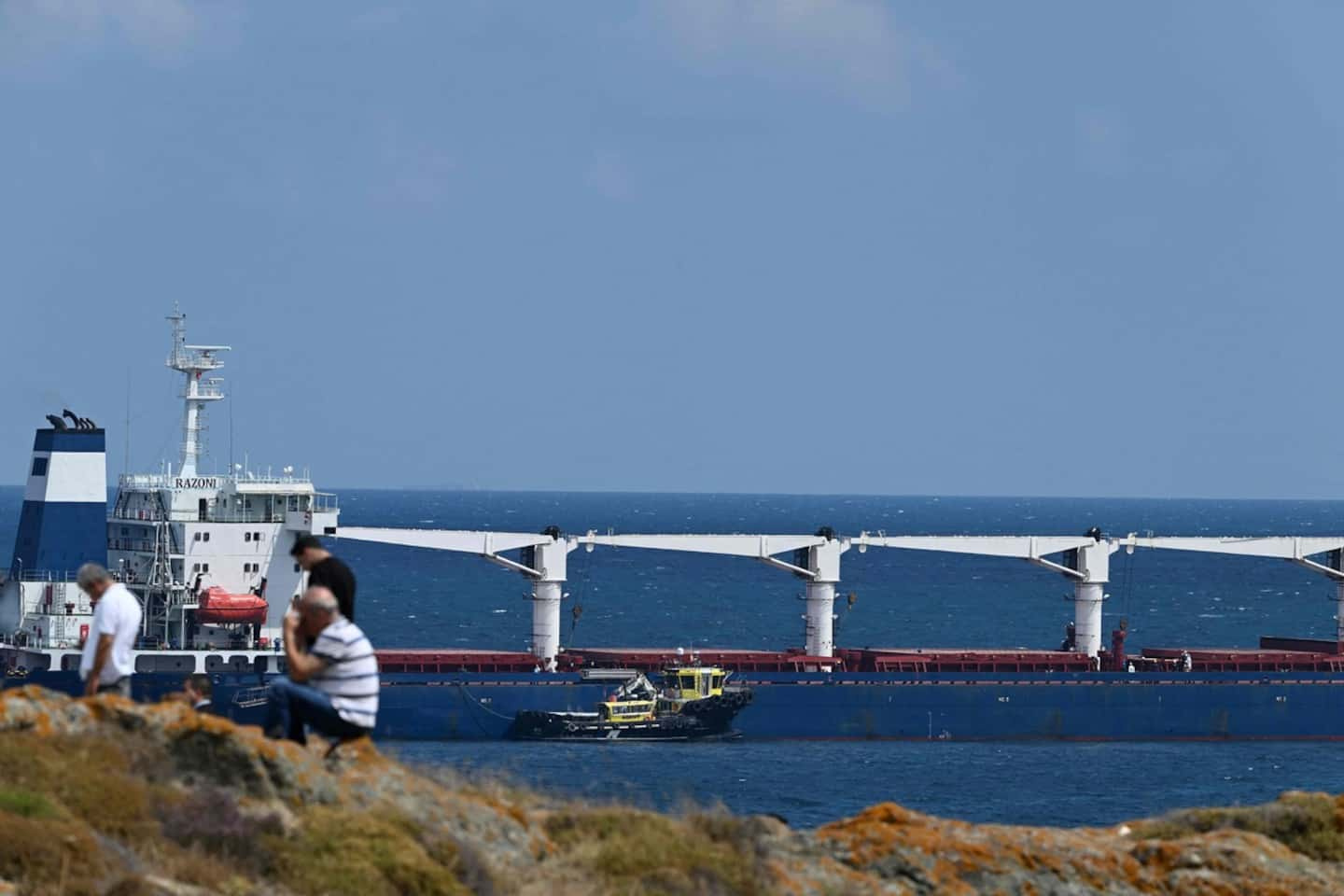 ISTANBUL | Turkish, Russian and Ukrainian experts inspected on Wednesday near Istanbul the ship carrying the first cargo of cereals exported by Ukraine since the start of the Russian invasion on February 24, in application of the agreement signed in July in the Turkish capital with a view to curbing the world food crisis.

The Razoni inspection lasted just under an hour and a half, AFP noted. The cargo "will now cross the Bosphorus to reach Lebanon", the Turkish Ministry of Defense announced to the press.

The Sierra Leone-flagged cargo ship came into sight of the northern shores of Istanbul on the Black Sea on Tuesday after leaving the Ukrainian port of Odessa the day before with 26,000 tonnes of maize bound for Tripoli in Lebanon.

Twenty experts and delegates from the United Nations had arrived on the ship aboard two shuttles.

Dressed in orange life jackets and helmets, the experts were led by Turkish Admiral Özcan Altunbulak, head of the Joint Coordination Center which oversees exports, and retired US Navy Admiral Fred Kenney.

The inspection took place in accordance with the wishes of Russia, which wants to be sure of the nature of the cargo.

In his daily address on Tuesday evening, Ukrainian President Volodymyr Zelensky castigated the Russian “terrorist state” which “caused the food crisis in order to use grain, corn and oil as weapons”.

According to Kyiv, 16 other boats loaded with grain are waiting to leave Odessa, the main Ukrainian port on the Black Sea, which before the war concentrated 60% of the country's port activity.

The agreement signed on July 22 through the mediation of Turkey and under the aegis of the United Nations, allows the resumption of shipments to world markets of Ukrainian cereals blocked since the Russian invasion, under international supervision.

The document provides in particular for the establishment of secure corridors to allow the circulation in the Black Sea of ​​merchant ships and the export of 20 to 25 million tonnes of cereals.

A similar agreement signed simultaneously guarantees Russia the export of its agricultural products and fertilizers, despite Western sanctions.

The two agreements should help alleviate the global food crisis caused by soaring food prices in some of the poorest countries.

On the ground, the Russian army said in a statement that it had destroyed a foreign weapons depot in the Lviv region in western Ukraine, with “high-precision missiles”.

Last June, Moscow had already claimed to have destroyed an arms depot delivered by NATO in western Ukraine, relatively spared from the bombings.

In addition, Kharkiv, the second Ukrainian city in the East, was the target of two strikes overnight from Tuesday to Wednesday from Russian territory, regional authorities announced.

According to preliminary information, these are S-300 missiles fired from the Russian border region of Belgorod, one of which hit the ground and the other a civilian installation without causing any casualties, Governor Oleg Sinegoubov said on Telegram.

The southern city of Mykolaiv was shelled again overnight, regional governor Vitali Kim announced on Telegram. A supermarket and a pharmacy were destroyed and an equestrian school was hit, he said.

According to Mayor Oleksandr Senkevych, "powerful explosions" were heard around 5 a.m. Wednesday.

Pavlo Kyrylenko, governor of the Donetsk region, in the epicenter of the fighting, said four civilians had been killed in the past 24 hours.

The Ukrainian Air Force claimed on Tuesday that Russian forces fired eight cruise missiles from the Caspian Sea into the territory of Ukraine, one of which “hit an air defense complex in the area of Lviv”, in the west. The other seven missiles were intercepted, according to this source.

In Kherson, the first major city to fall into the hands of the Russian army, Ukraine, which is currently leading a counter-offensive in the south, announced on Tuesday that it had taken over 53 localities there.

Artillery is decisive in the conflict in Ukraine. Particularly greedy in projectiles of all kinds, the Ukrainian and Russian armies are engaged in a war of attrition at the level of ammunition.

The United States, Ukraine's main supporter, announced on Monday that it was sending new weapons to Kyiv for 550 million dollars, bringing its military assistance to more than eight billion.

Separately, German Chancellor Olaf Scholz on Wednesday accused Russia of being responsible for blocking the delivery of a turbine currently in Germany, without which the Nord Stream 1 pipeline that supplies gas to Europe cannot, according to Moscow. , operate normally.

1 Two years after the explosion in Beirut, experts and... 2 Rare birth of a white elephant in Burma 3 Government engineers accept tentative agreement 4 A “crucial step” for Makhmudov against Takam 5 A shortage of epidural catheters worries in Quebec 6 Ontario: a naked man uttering racial slurs arrested 7 One dead and three injured in a violent collision... 8 Chris Boucher and the Raptors will be in Montreal... 9 NHL: one more season for Jesper Bratt in New Jersey 10 NHL: the "heart" of the Flyers remains in... 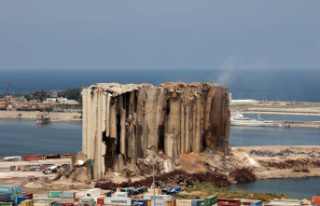 Two years after the explosion in Beirut, experts and...