The 109th Tour de France, which starts from Copenhagen in Denmark on Friday, will field three Canadian cyclists, a significant step forward when the dream of taking part in the biggest race in the world seemed impossible just two decades ago. 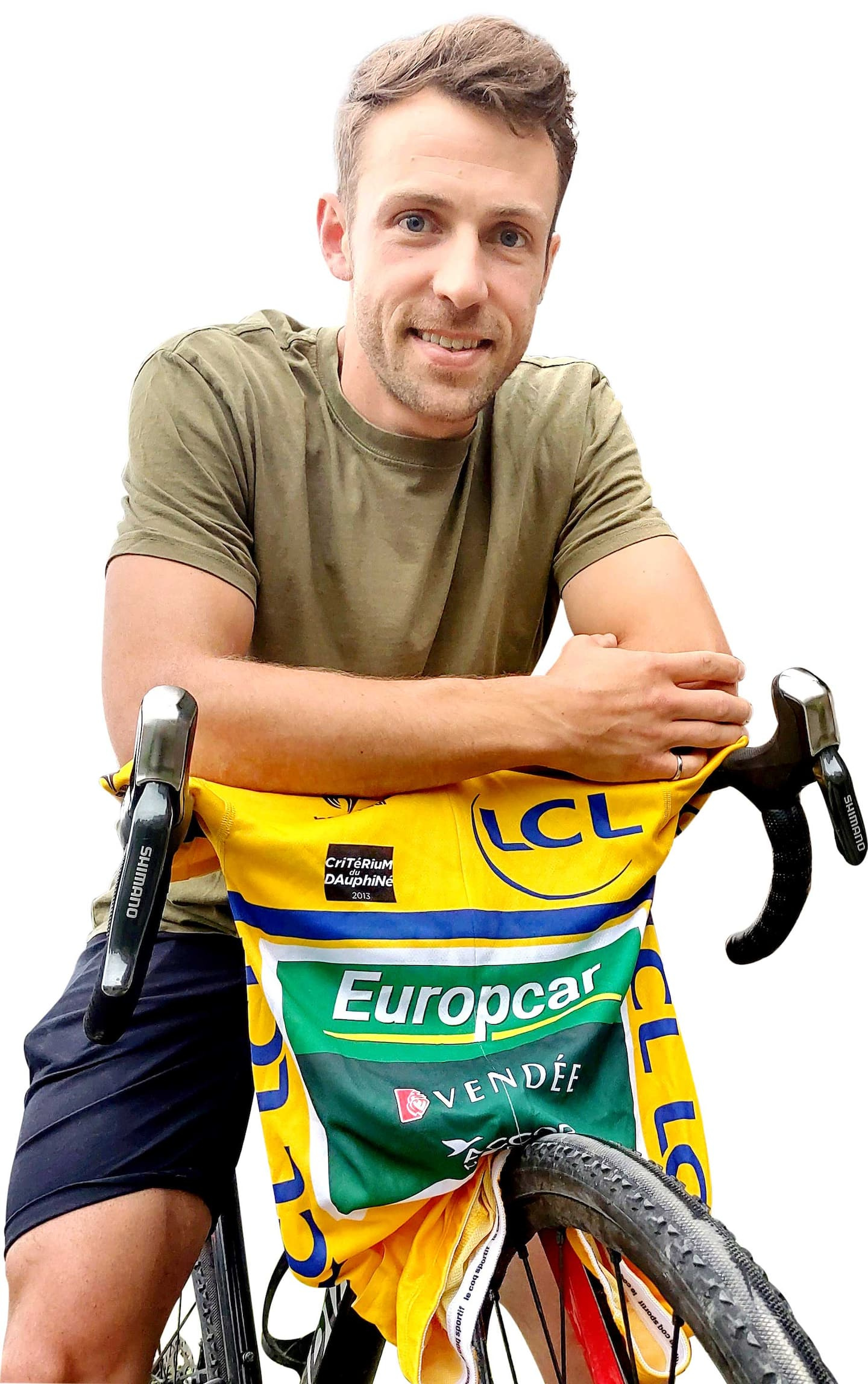 The 109th Tour de France, which starts from Copenhagen in Denmark on Friday, will field three Canadian cyclists, a significant step forward when the dream of taking part in the biggest race in the world seemed impossible just two decades ago.

In 2006, Quebecer Charles Dionne had reached the big circuit, but an injury had destroyed his ambitions. A few years later, David Veilleux, at 25, had given his employer, the now defunct Europcar, no choice.

In 2013, Veilleux won the first stage of the Critérium du Dauphiné alone, putting on the yellow jersey for three days.

On the strength of this unprecedented success, he had thus become the first native of Quebec to participate, but also to complete the Grande Boucle, launched exceptionally in Corsica for its centenary.

In a few days, the Hugo Houles, the Ontarian Michael Woods, at Israel-Premier Tech, and Antoine Duchesne, within the Groupama-FDJ team, will all be on the starting line.

For his part, Guillaume Boivin retains hope as the first substitute. Trois Québécois would be a first.

Duchesne returns to the Tour de France for the first time since 2016, as places are hotly contested everywhere. The COVID-19, which recently reappeared in the peloton at the Tour de Suisse, could still screw up the plans.

The mountain performances of Montrealer James Piccoli in the recent Dauphiné suggest that he would also have the level to compete in the Tour de France, but cycling must obey several sporting and economic constraints. Piccoli may get his chance in the next few years.

Right place at the right time

From the corner of his eye, retired David Veilleux is very proud of the progress made by our local talents on the international scene.

“We all went shopping in Quebec and we dreamed a little there. It's fun to see that. That's no surprise either. They worked so hard. It is also a question of circumstances and environment. You have to be in the right place at the right time,” explains the 34-year-old engineer.

Father of three children, Veilleux now works as a product manager at Eddyfi/NDT, which specializes in inspection equipment and software for non-destructive testing, particularly for the oil, aerospace, energy and industrial sectors. nuclear.

Nine years after ending his career, he frequently watches the results of his compatriots and friends. Despite globalization, the French and Spanish teams will still favor veterans from their respective countries and no one is offended.

"It's hard to make your place and you have to prove yourself a little more. At Europcar, there were opportunities at the time, like at Israel now for Canadians,” he adds.

Since 2013, no regret has crossed his mind despite an early retirement. Veilleux would like one day to attend the monuments that are the Tour of Flanders and the Paris-Roubaix.

“I have several memories in the race, but I never thought of re-entering. I never thought it was a mistake to quit, but I dream of returning to the Tour de France as a spectator and I would like to bring it to life for my children. I still have the passion. I just chose not to do this full time for as long as the others. If I have an hour free, I will still go biking. Gravel, mountain, road, whatever. »

Just behind Michael Woods, Hugo Houle and Guillaume Boivin, other Quebec cyclists are knocking on the door of the World Tour dreaming of participating in the Tour de France.

All aged 30 to 35, the Canadians at the start this year won't be in the pack for another decade, and the next generation will have to elbow their way to the top.

“I believe in it more than ever. I hope I will have my chance. It's not as if I had plateaued for three years, on the contrary. I take steps each year and I continue to improve,” said Pier-André Côté, from Lévis.

A member of the Human Powered Health team, the 25-year-old athlete is currently the fourth Canadian cyclist in the world ranking of the International Cycling Union. On March 20, Côté won the 27th Criquielion Grand Prix, in Belgium. It was his first victory on European soil. In his fourth season on the Old Continent, he also took second place in the third stage of the Tour of Sicily in April.

“Raising your arms in Belgium, in the mecca of cycling, is something. I had a great start to the season and that's really encouraging,” adds Côté.

On a personal level, he chose to return to the Quebec region for a few weeks.

“My mother is fighting cancer and I had to come home. It was the priority,” he said.

His presence here allowed him to win two stages of the Grand Prix de Charlevoix before heading to Edmonton with the goal of becoming Canadian champion.

"It would help me to discuss what happens next," he said.

And if the way remains obstructed, Côté completes an actuarial training at Laval University.

“It gives me a nice balance. It's healthier. I will finish my cycling career with a diploma and a foothold in the profession. »

Within the same team, another Quebecer also hopes that his turn will come soon.

“Yes, it is possible, even if you see 20-year-old riders doing big laps and going through 250-kilometer races to be competitive in the final,” believes Nickolas Zukowsky, 24, thinking of James Piccoli who reached the World Tour at age 28.

For Zukowsky, the Houle, Boivin and Antoine Duchesne have become exceptional runners "with a pick and shovel", without being supernatural talents or forces of nature like the Europeans Remco Evenepoel or Tadej Pogacar.

“That’s the beauty of road biking. It's more than watts and legs that make a difference. It makes us dream a little. »

Track cycling is not necessarily the natural path to the Tour de France, but Quebec athletes will have a rallying point next winter to share their common passion.

In Quebec, the only indoor velodrome should open as planned in October in Bromont. The idea is to create a house of cyclists, in an atmosphere favorable to the detection of talent. As of 2015, the nearest indoor velodrome has been in Milton, near Toronto.

The Sylvan Adams indoor velodrome project, paired with the Center multisports Desjardins, required nearly a decade of work for the director general of the Bromont National Cycling Center (CNCB).

“To do infrastructure of this caliber outside of major games, it is practically impossible in Canada. Instead, swimming pools and soccer fields are built. Citizens who mobilize with a municipality is rare, ”explains Nicolas Legault.

Only the floor is missing

Construction is almost complete and part of the offices have already been moved.

“We are impatiently awaiting the wood that arrives from Finland. Transportation is an important issue everywhere on the planet,” he says.

Once the valuable merchandise is received, it will take approximately eight weeks to install the running surface.

Nicolas Legault hopes to be able to quickly create a special atmosphere.

“When you ride on a track, you never forget that in your life. »

Some 30 years after the dismantling of the Olympic velodrome in Montreal, many cyclists are almost looking forward to the cold season.

“I saw a ton of them let go because they had to go abroad. This will be our home for cyclists in Quebec. A gathering place to get motivated and have fun during the winter,” he added.

When discovering the new Ice Center in Quebec, many athletes have asked themselves the same question. Why did we have to wait so long? The same observation could be repeated in Bromont this fall.

1 NFL: the youngest of St-Juste makes a name for himself 2 Happy to reconnect with Saint-Jean 3 On dating sites and apps, rude behavior proliferates 4 Chinese President Xi Jinping to visit Hong Kong 5 Ukraine demands 'fire parity' with Russians... 6 50 ideas to improve Quebec 7 The surprising face of the judges 8 Horne Foundry: Abitibi could do without it, says Richard... 9 The Center Jacques-Cartier: regaining self-confidence... 10 A ticket to Montreal, while he was in the Islands 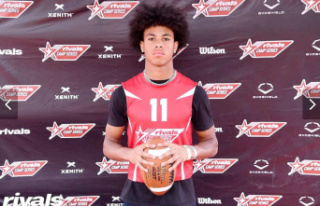