- Nash Squared: Despite the economic crisis, global technology spending is growing at its third fastest rate in more than 15 years, according to the world's largest digital leadership survey.

- Nash Squared: Despite the economic crisis, global technology spending is growing at its third fastest rate in more than 15 years, according to the world's largest digital leadership survey

LONDON, Nov. 3, 2022 /PRNewswire/ -- Despite 87% of digital leaders expecting an economic downturn, global technology spending this year will grow at its third fastest rate in over 15 years as More than half (52%) of digital leaders expect their technology budget to rise, and just 12% expect their budget to fall, according to the world's largest and longest running survey of top decision makers. technology decisions.

But the link, in collaboration with CIONET, found that investment has slowed in emerging technologies like AI and Big Data, threatening opportunities to innovate through global economic instability. Although investment remains strong in the cloud (63% report large-scale use), companies are cutting their investment in all other technologies (Big Data, AI/ML and RPA) that are key to innovation and to gain a competitive advantage.

"Economic headwinds are building and indicators are turning negative, but despite or even because of this, companies know that investing in technology remains crucial. Both to maximize the efficiency of what they already have and to become more agile and responsive in highly unpredictable conditions, technology is the key enabler But while technology investment intentions are at their third highest level in more than 15 years, there are signs that some companies are holding back on investing in technology. areas like AI and Big Data. The reasons for this are understandable, but organizations need to be careful not to cut back too much."

Nash Squared is the world's leading provider of talent and technology solutions.

We are equipped with a unique network, which realizes the potential where people and technology meet. For more than three decades, we have been helping clients solve broad and complex problems, building and transforming their technology and digital capabilities. 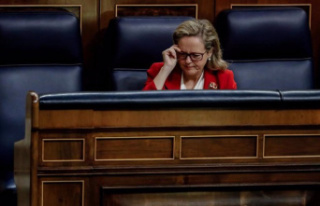 The PSOE proposes to suspend the authorization of...