WASHINGTON | American women who feel like second-class citizens because they are women since the revocation of the right to abortion are far from alone in leading this long fight. 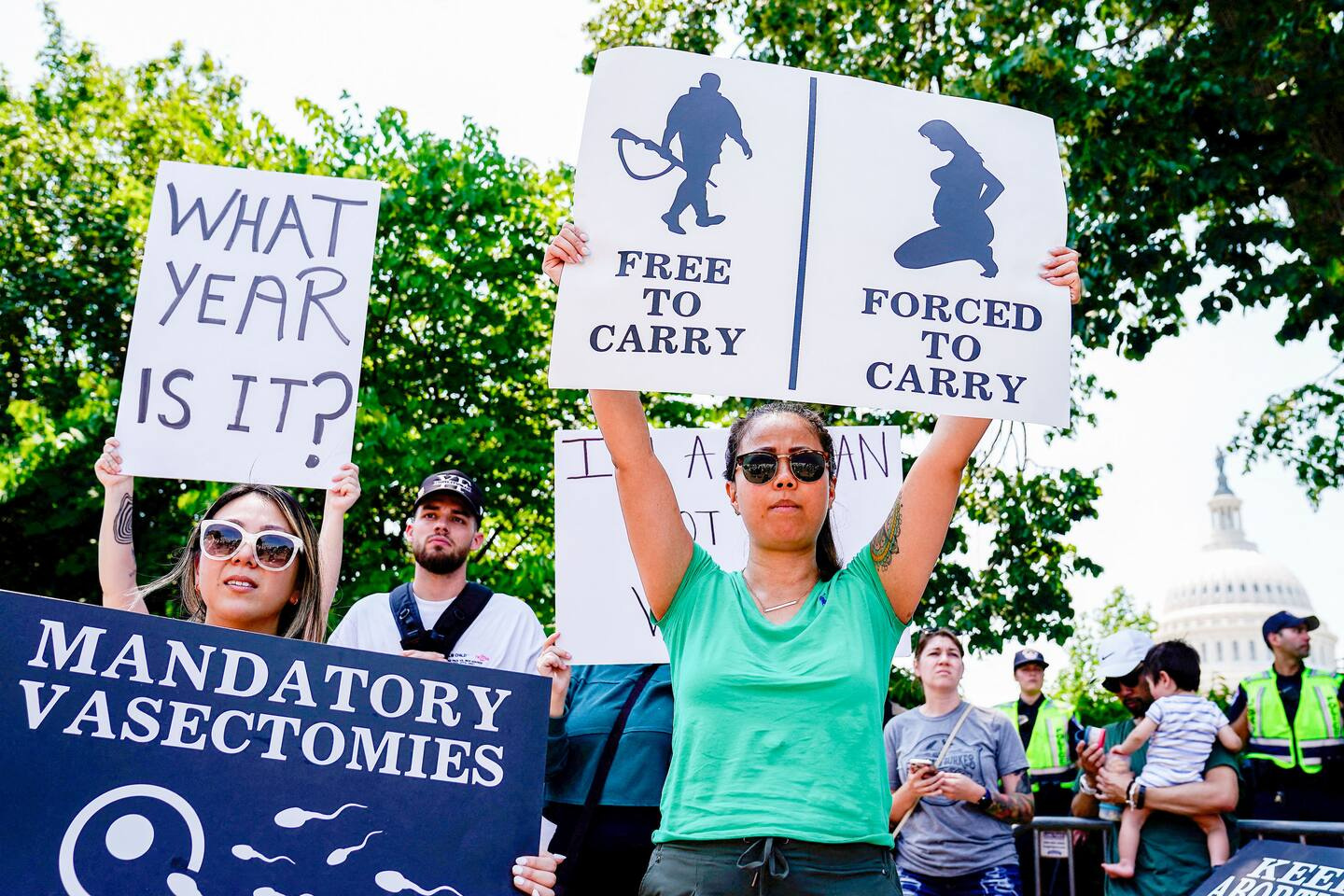 WASHINGTON | American women who feel like second-class citizens because they are women since the revocation of the right to abortion are far from alone in leading this long fight.

“I had the right to have an abortion when I was 21. I had the right to make my choices. On Friday, when the decision was made public, I realized that we women now have less rights than human corpses since you have to have given consent to remove organs”, rages Donna Garon, 53 years.

Amid the crowds protesting yesterday morning outside America's highest court, this woman who works at an abortion clinic in Maryland struggled to hide her tears of anger behind her sunglasses.

“When the decision fell, I lay down on the ground crying all the tears in my body. I had to explain to my son that our government had just taken away my right to do what I want with my body,” she adds.

The only thing that comforts her today is to see that she is far from being alone in mobilizing. Whether men or even religious organizations, everyone is sticking together in the four corners of the planet.

“Across the world, across the country, people are rising up to offer help. We continue to pay attention to each other as we did before Roe against Wade and obviously, we will continue to do so, ”she adds confidently.

In the clinic where she works, there are already almost two months of waiting to get an appointment for an abortion, she explains. She is already worried that demand will explode in the coming days.

“Any opportunity I had to help the world, legally or not, I would take. If I have to send greeting cards with birth control pills, I'll be happy to do so. If I have to cross the border of certain States to women, I would do it, ”says Ms. Garon.

While the pro-choice demonstration was taking place peacefully, young anti-abortion activists returned late yesterday afternoon to celebrate their "victory", under the watchful eye of the capital's police.

“They come to jubilate while we are in mourning,” shouted a protester.

If they know that today the whole world is watching their country, the pro-choice demonstrators recall that it only took one man to overthrow women's rights.

“Never take your rights for granted and keep fighting for them. With the rise of the radical right, Canada may also be the next country to challenge women's rights,” warns Ms. Garon.

WASHINGTON | Hundreds of men have come to join their voices with those of the thousands of women who have been demonstrating since Friday outside the United States Supreme Court in Washington.

“I am here for my sisters, for my friends, for my mother, for my grandmother, for all the women who fought and who still have to fight today. We must help them to be heard on this day of mourning in the United States, ”said Akeem Raemon Adams, a resident of Washington met by Le Journal in front of the imposing monument located in front of the Capitol of the United States.

Like him, hundreds of them were shocked to see the highest authority in the country withdraw the right to abortion acquired for nearly 50 years. In the midst of hundreds of demonstrators, it is impossible not to hear these husbands, spouses, friends, brothers, fathers shouting when they chant "their body, their choice".

“If I am here today, it is because my mother chose to have me. And that's the most important thing is that these women have a choice," said Rusty, 35.

In addition to coming to support women, he explains that he will do everything to help those who live in states where the voluntary termination of pregnancy has become or will become illegal.

“If they have to be taken to a safe place for them, if I have to send them and order birth control pills myself, I will do it and with pleasure,” he adds.

“Since Friday already, I have started to mobilize to come at least in moral and emotional support to the women around me. I want them to know they are not alone,” he said.

For Nathan Hall, it was impossible not to come and demonstrate when he is the father of two young girls.

“I am afraid of what the government and the future hold for my children. I don't want them to live in fear of what might happen to them,” he says.

According to several protesters, the fight has only just begun, because they want to show the judges that they are far from representing the majority of Americans.

"We will stand up, it's far from over," said Akeem Raemon Adams.

WASHINGTON | Religious groups that defend women's choice say they are completely devastated by the Supreme Court's decision and fear it will do irreparable harm.

“This is a disastrous moral failure for our country. Today, people from all walks of life, all cultures and all religions must evade the beliefs of a minority of people, ”laments Sheila Katz, president of the National Council of Jewish Women (NCJW), to the Journal.

Not in the Bible

Same story with the organization Catholics for Choice.

“There is nothing in the Bible that talks about abortion, so I don't know what God told them to impose it. We are talking here about a certain ideology that belongs to the most radical fringe, ”explains the president of the association, Jamie Manson.

According to the latter, 60% of Catholic Americans were against the historic reversal of the Roe v. Wade decision.

“For several religions, such as Judaism or Islam, abortion is permitted. Certain religious movements really need to stop lying and making people believe that abortion goes against beliefs, it's a lie,” she adds.

Since Friday, when the Supreme Court of the United States made public its decision to revoke the right to abortion, religious groups have been crumbling under the distress calls of women in their community.

This is particularly the case of the organization Faith Choice Ohio, which works, among other things, to integrate the question of abortion with religion, regardless of creed, and which helps people wishing to abort.

“We know that now people are going to have to travel miles, are going to need money, and they are going to need help and support to get abortions outside of our state. We will be there for them,” promises executive director Elaina Ramsey, whose organization has launched a fundraiser.

Across the country, religious organizations are mobilizing together, also confide Ms. Katz and Ms. Manson.

1 The first month of a new life in Quebec 2 A road tragedy leaves three dead in Sept-Îles 3 He has been waiting since April 3 for a response from... 4 Cycling: Côté and Boilard are champions 5 The winning recipe from Clay and Friends 6 Festival en chanson de Petite-Vallée: 8 shows to... 7 Petite-Vallée: lovers of the festival 8 Lose 100 pounds during the pandemic 9 Construction industry: foreign workers as reinforcements 10 Half a million for religious heritage 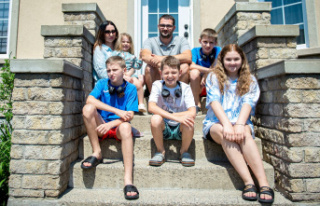