An upcoming debate on the charter, says Jolin-Barrette

Minister Simon Jolin-Barrette believes that Quebec should govern itself according to its own charter of rights and freedoms, rather than that imposed by Ottawa. 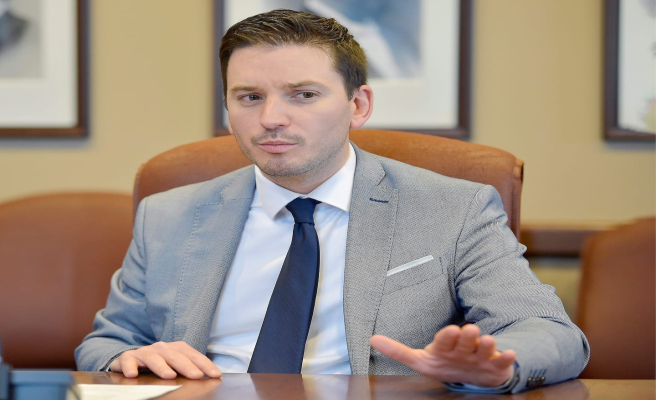 Minister Simon Jolin-Barrette believes that Quebec should govern itself according to its own charter of rights and freedoms, rather than that imposed by Ottawa.

Over the past four years, the Legault government has put forward the concept of “collective rights” to justify certain nationalist reforms, even if it means running up against the rights of minorities.

“Since the advent of the Canadian Charter of Rights and Freedoms, everything was about individual rights. Many have denied the existence of the Quebec nation. Many people have denied the collective rights of the Quebec nation. What we are bringing is a rebalancing,” said Minister Simon Jolin-Barrette, in an interview with our Parliamentary Office.

Thus, the controversial notwithstanding clause was applied from the outset to the Secularism Act and the reform of Bill 101 in order to protect them from challenges in court.

This approach, new in Quebec politics, has been widely criticized by the PLQ and groups representing minorities, including the English-Montreal School Board.

Far from backing down, Mr. Jolin-Barrette recalls that the Lévesque government applied the notwithstanding clause to all of its laws between 1982 and 1985.

For the Minister of Justice, the laws of Quebec should be evaluated according to the Quebec Charter of Rights and Freedoms, rather than that imposed by Ottawa during the patriation of the Constitution in 1982.

“This [Canadian] Charter of Rights and Freedoms, it was not adopted by the National Assembly of Quebec. So there is a lack of legitimacy, ”he underlines.

The minister therefore wants a “collective conversation” on how to evaluate the laws of Quebec. “I believe that we should govern ourselves according to the Quebec Charter,” he insists.

On the one hand, it was adopted by the elected members of the National Assembly, he recalls. But above all, it has been amended according to Quebec values, in particular to recently incorporate the notion of secularism.

“This discussion, in relation to the use in particular of the provisions of parliamentary sovereignty, is what is being attacked before the courts at the Court of Appeal currently for the Law on secularism, he recalls. So the debate, I believe, will take place. »

1 Hospital changes approach to victims 2 Tom Thibodeau: A star coach linked to La Pocatière 3 "The best captain in my life" - Vasilevskiy 4 Travel with your hands on the handlebars 5 Up to $50/h to wait in line in front of the passport... 6 France at the polls for decisive legislative elections... 7 Young people and the labor shortage 8 Russian strike on western Ukraine: at least 22 injured,... 9 Ukraine: connection restored between the Zaporizhia... 10 Erosion: the Magdalen Islands have lost more than... 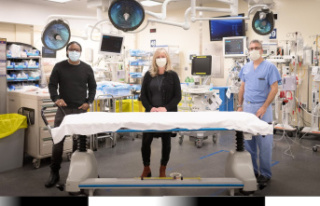