The Rocket forces a 7th game!

The Laval Rocket forced the holding of a final game in its series against the Springfield Thunderbirds by winning 5 to 1, Monday at the MassMutual Center. 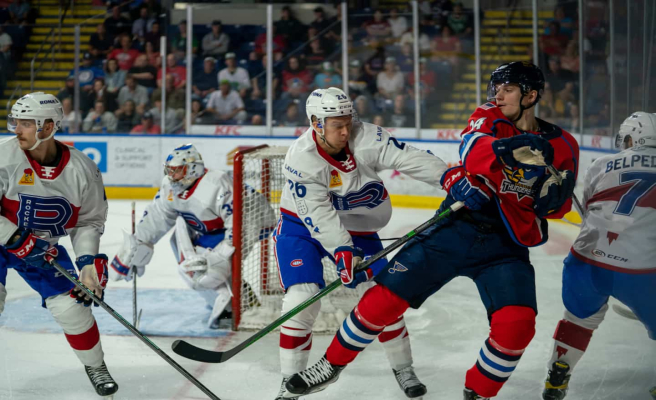 The Laval Rocket forced the holding of a final game in its series against the Springfield Thunderbirds by winning 5 to 1, Monday at the MassMutual Center.

Jean-François Houle's troupe had to draw on its resources. While the Rocket pilot had chosen to send 11 attackers and seven defenders into the fray, he lost the services of Jesse Ylönen, injured by a check from Mackenzie MacEachern early in the game.

Danick Martel made up for the loss of his Finnish teammate by scoring two goals and collecting an assist.

Cayden Primeau, meanwhile, continued to inspire confidence in front of the Rocket cage. He made 30 parries and multiplied key saves to keep his team in the game. Matthew Peca was the only player who managed to demystify it.

Martel nailed the coffin for the “T-Birds” in the third period on a breakaway, cheating on Joel Hofer with a brilliant maneuver.

Gabriel Bourque may only have two goals to his name since the start of the playoffs, but he knows how to thread the needle when necessary. After scoring the game-clinching goal that eliminated the Syracuse Crunch in the first round, he scored the insurance goal in the third period.

The Rocket's excellent shorthanded units - and with it, the abysmal power play of the "T-Birds" - continued their momentum. Each of the 29 threats Jean-Francois Houle's troupe has faced short of a man over the course of the series have been snuffed out.

Immediately after watching Primeau frustrate Will Bitten on a breakaway in the middle frame, Martel forced defenseman Tommy Cross into a turnover at the other end of the ice. The Drummondville native took advantage of a gaping cage to open the scoring.

Brandon Gignac, in an empty net, and Lucas Condotta, on the power play, also made the red light sparkle.

Game 7 of the Eastern Conference Finals is Wednesday, again in Springfield.

1 Jay Du Temple in residence 2 Ottawa will suspend the vaccination requirement for... 3 [IN IMAGES] Saguenay: a house washed away during a... 4 The great F1 circus is back in Montreal 5 Race Across America: A Human Experience First 6 A beautiful role "fallen from the sky" 7 Oliver Stone will spend a week in Quebec 8 Pamela Ware is still struggling to turn the page 9 Francos: a big party signed Émile Bilodeau 10 An armed and dangerous Gatineau resident wanted by... 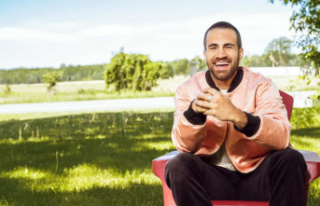