Anti-bombing sirens are heard and the bride is in camouflage: in the small village of Druzhkivka on Sunday, about forty kilometers from the front in eastern Ukraine, two young couples of Ukrainian soldiers said to each other "yes". 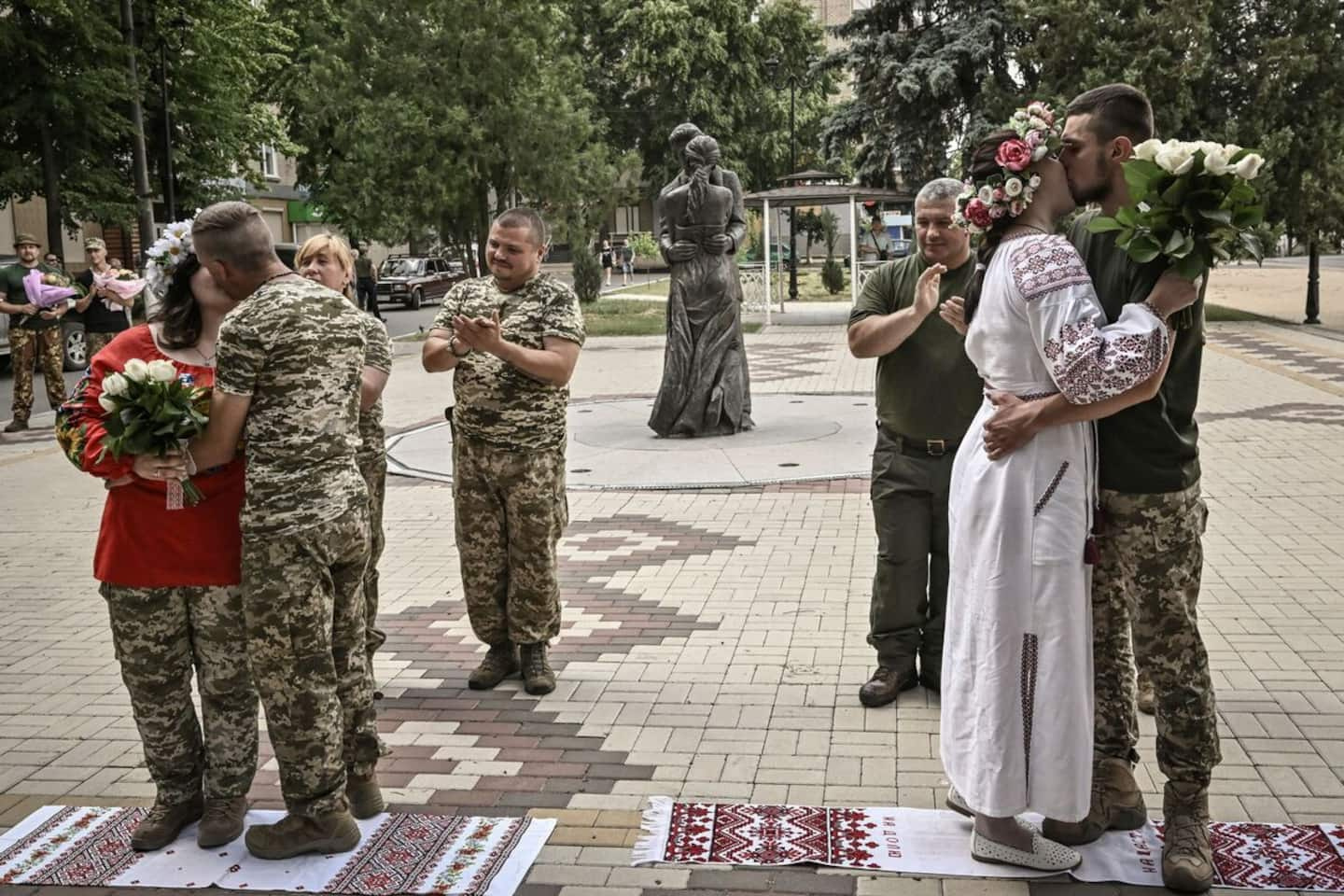 Anti-bombing sirens are heard and the bride is in camouflage: in the small village of Druzhkivka on Sunday, about forty kilometers from the front in eastern Ukraine, two young couples of Ukrainian soldiers said to each other "yes".

Under a radiant sun, the bride and groom's comrades-in-arms brought bouquets of flowers for the two couples, who met recently in the army fighting the nearby invasion of Russian troops, launched on 24 february.

One of the two brides, Kristina Lyuta, 23, did not leave her military paraphernalia: she presented herself in camouflage-colored fatigues and army boots, dressed in a traditional Ukrainian blouse with flowers. “I got used to this uniform,” she explains.

Kristina met her husband Volodymyr, 28, two months ago when he was called up. They lived just five kilometers apart, in the Vinnytska region of southwestern Ukraine, but might never have met had it not been for the war.

"War is war, but life goes on," says Kristina. Her husband defends himself from any "hasty decision": "The main thing is that we love each other and that we want to be together," he says.

The other bride, also named Kristina and also 23, works in military communications and opted for a classic white dress with traditional red embroidery. She marries Vitali Orlitch, 23 years old.

“It's about building a new family. It doesn't matter where and how it happens,” she says.

The two bridegrooms are in military uniform. No family member was present, but the spouses assure that they are understanding.

The same day, the two couples must return to the war zone.

"I can't give them time off. The only thing is that they won't be at the front. They will stay in the back,” assures brigade commander Oleksandre Okhrimenko. Thanks to the martial law in force, he has the right to certify marriages.

They are all from the 14th Separate Mechanized Brigade, which has been fighting Russian and pro-Russian forces since May in the east. The young couples got married in front of the local registry offices, which were closed due to the war.

On the streets, little traffic and sandbags protect the fronts of cafes and shops.

During the ceremony, the young couples, as is tradition, were wrapped in a patterned towel to symbolize their union. And the military chaplain sprinkled them with holy water and put wreaths on their heads.

According to the cleric, Yuri Zdebsky, this is the first marriage within the brigade since the beginning of the conflict. "It's war, and we don't have time for big celebrations," he explained.

Druzhkivka is 40 kilometers as the crow flies from three fronts, with Russian troops threatening the towns of Sloviansk to the northeast, Bakhmut to the east and Gorlivka to the southeast.

A few hours after the ceremony, AFP journalists noted shelling in the area and saw gray smoke rising, against the backdrop of an artillery duel towards Bakhmout.

While the small town was relatively spared from the fighting, houses were destroyed earlier in June and a shell ripped through the roof of a church.

During the wedding, anti-bombing sirens sounded three times, without arousing any reaction from those present, hardened by the war. 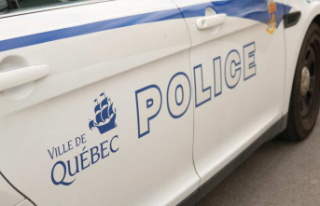