Vegetables in the middle of winter!

Most edible plants can be grown indoors. 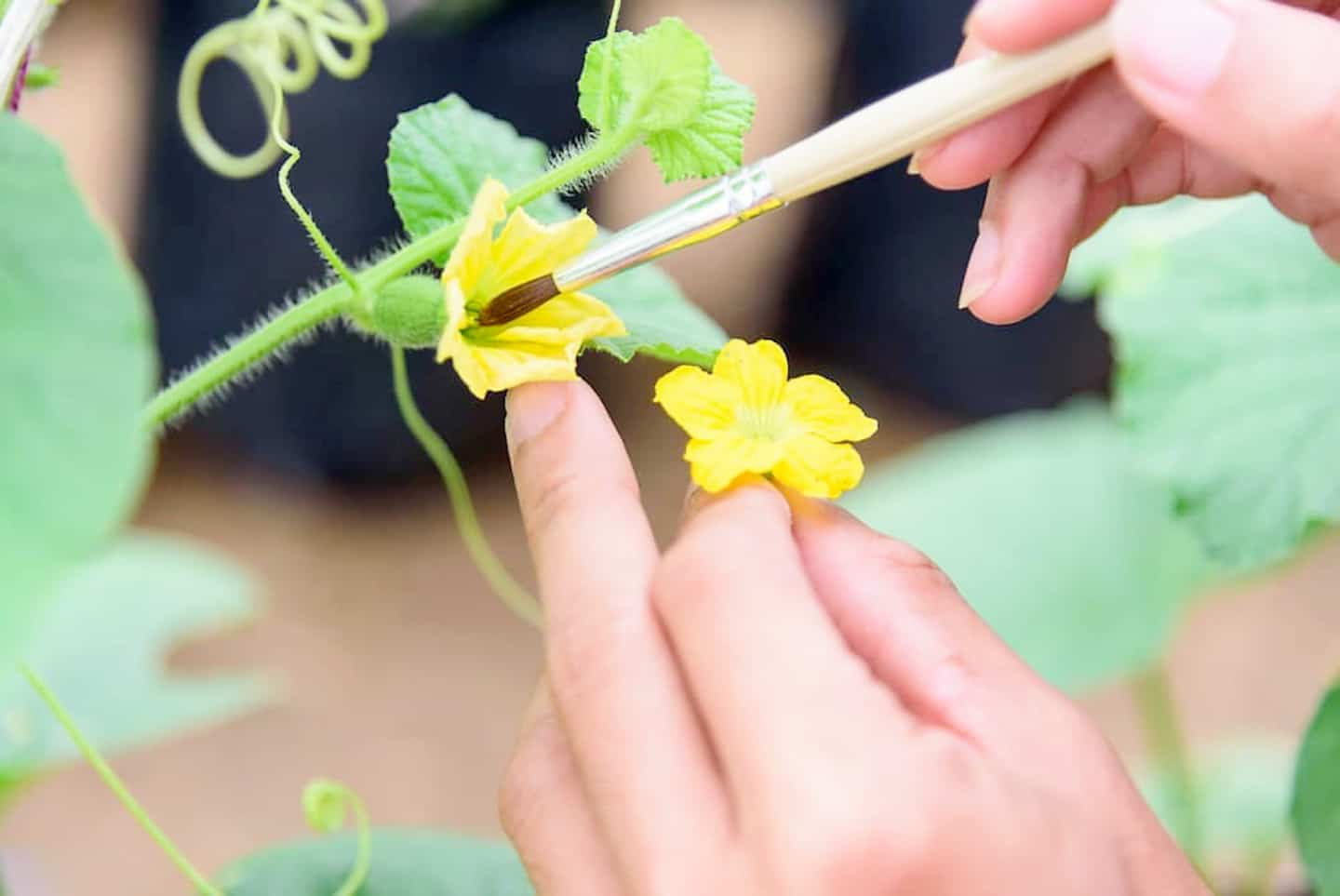 Most edible plants can be grown indoors. However, those that are best suited are undoubtedly herbs and fast-growing vegetables whose leaves are eaten, such as Swiss chard, spinach, kale, lettuce, oregano, parsley and thyme.

You can also grow other edible plants that take a little longer to develop, such as broccoli, corn, peas and sunflowers, but in this case these plants are harvested when they are still young in the form sprouts or young shoots.

Tomatoes can also produce well when grown in containers indoors. However, it is better to opt for compact shrubby cultivars, such as 'Tiny Tim', 'Totem' or 'Tumbling Tom' for example. With regular fertilization and consistent care, seasoned gardeners can also grow eggplants and peppers that produce berries, such as the 'Patio baby' and 'Lunch Box' cultivars, indoors.

More popular than ever, sprouts, seedlings and mini greens are the easiest edibles to grow indoors, any time of the year. Often used as decorations in appetizers and entrees, sprouts work wonders in salads, sandwiches, spring rolls, sushi and even smoothies!

To get sprouts, it is simply a matter of germinating seeds and consuming them after a delay of 2 to 7 days, when rootlets start to grow. In addition to promoting the elimination of certain substances that interfere with digestion, germination increases the amount of assimilable nutrients. Many seed companies now offer seeds for germination.

Here is the method to make your own germinations. Rinse the seeds you want to germinate and soak them in lukewarm water for the amount of time indicated on the packet (usually overnight). Drain the water, rinse the seeds and place them at the bottom of a 500 ml glass jar (Mason type). Don't put more seeds than you need to cover the bottom of the pot. Cover the opening of the jar with a piece of cheesecloth held in place with a rubber band. Then place the pot upside down in a bowl at an angle so that the water can drain well and the air can also circulate. You can place the whole thing in a dimly lit area of ​​your kitchen, as light is not necessary for the majority of seeds to germinate. Rinse your sprouts once or twice a day until small white rootlets are visible, which indicates that they are ready to eat.

The technique for obtaining young shoots is simple. First put in the bottom of a tray – the translucent plastic containers in which commercial mixed lettuces are sold do just fine – about 4 or 5 cm of moist potting soil. Press the soil and spread the seeds. Cover the seeds with a little potting soil and close the lid or place a translucent dome on the tray to retain maximum humidity. While the majority of seeds do not need light to germinate, once the stems have emerged they need to be exposed to light from a window. It is this exposure to sunlight that will give the young shoots their green color. Spray warm water if the soil is dry or open the lid or dome for a few minutes if condensation forms.

Baby greens, such as baby spinach, kale and lettuce, can be grown the same way as baby greens, in potting soil under artificial light or in front of a south-facing window. Lighting is essential here for the formation of leaves, which is not the case for germination. Mini greens are ready to eat about three to four weeks after sowing, when their true leaves are well developed.

How to grow indoors

Many technological products allowing the cultivation of edible plants indoors have appeared on the market in recent years. Indoor growing systems available on the internet, in garden centers or in specialized shops are sometimes hydroponic, but some also include potting soil.

However, you don't have to buy a fancy growing system to produce herbs and vegetables at home. It is quite possible to grow various edible plants in simple pots or plastic boxes installed on a kitchen counter or in a metal shelf.

Grow your edible plants in a rich soil made up of compost, sphagnum peat moss and perlite. For growing more demanding fruiting vegetables, you can add a few handfuls (60-90ml per plant) of a slow-release natural granular fertilizer rich in nitrogen and potassium, 5-3-8 or s formulation, to the soil. approaching.

On the other hand, the use of an artificial lighting system is an absolutely essential element for growing edible plants indoors, regardless of the cultivation method. The sunlight that penetrates through the windows of a house or an apartment is generally not sufficient to ensure good growth and satisfactory development of these plants.

Fluorescent tubes are a good choice since they are affordable and consume relatively little energy. Then prefer High Output T5 tubes, which have now become the standard among fluorescent horticultural lamps. For their part, horticultural lamps equipped with light-emitting diodes (LED) are increasingly popular. They cost a little more to buy than fluorescent ones, but their very low energy consumption and high durability compensate for their higher price.

Lamps equipped with light-emitting diodes often come in the form of long bars on which they are grouped. You can find bars on the market that include blue, red and infrared diodes. Infrared wavelengths are not visible to the human eye, but they greatly improve the production of tropical vegetable plants such as tomatoes and cucumbers. Scientific studies have shown that they also make it possible to limit the attacks of certain insects and certain diseases such as powdery mildew.

However, the best LED lights are definitely those that mimic the spectrum of the sun with a spectral range of 400nm to 700nm. This range is defined as the photosynthetically active radiation (PAR) that plants can use in the process of photosynthesis. Thus, in addition to red and blue wavelengths, the best LED lamps include yellow and green diodes since these colors are also involved in the photosynthetic process of plants. These lights produce a white light that is significantly friendlier to the human eye.

Another factor that affects the growth of edible plants indoors is definitely temperature. The hot, dry air in our homes in winter is not very suitable for most edible plants, especially herbs. So be sure to grow your herbs and leafy greens in a cool room – a temperature of 18°C ​​is ideal – and with a humidity level above 40%, ideally closer to 50%. During the winter, in addition to watering your edible plants once every 7-10 days, regularly remove any dead or diseased leaves.

On the other hand, edible plants of tropical origin such as eggplants, peppers and tomatoes require a higher temperature than most other vegetable plants and herbs. So be sure to grow them under bright artificial light at a temperature between 20°C and 24°C. For growing fruiting vegetables, the use of a fan may also be necessary.

Vegetables from April to December!

You don't have to wait until late spring or early summer to sow or plant vegetables outdoors. From the beginning of spring, it is possible to grow and harvest certain cold-resistant vegetable plants. Aside from lettuce and radish, other vegetables such as Swiss chard, beets, kale, cabbage, bok choy, broccoli, spinach, lamb's lettuce, leeks, and snow peas are known for their ability to grow well in cool weather. These plants can be sown or planted outdoors from April, in containers or in the ground.

In addition, it can be very nice to associate these vegetables with herbs or edible flowers that do not fear cold weather, such as chives, tarragon, mint, parsley and pansy. All of these plants can also be grown and harvested later in the fall, often even into December!

All of the edible plants mentioned above hold up well to cool temperatures, even below freezing. However, if severe frost is announced, below -5°C for example, it is preferable to cover them with agrotextiles. They are in fact white textiles used in horticulture and agriculture, mainly to protect crops from insects and birds without however reducing the photosynthetic capacity of plants. Some agrotextiles are insulating and help maintain a temperature around the plant that is 5°C warmer than outside. Thus, at an outdoor temperature of -4°C, plants covered by an agrotextile are simply not affected by frost.

However, edible plants of tropical origin, such as eggplants, basil, cucumbers, peppers and tomatoes, need a lot of heat to grow well and must be sown indoors at the end of the season. March or April, about 6 to 8 weeks before planting them outside, once all risk of frost has passed. 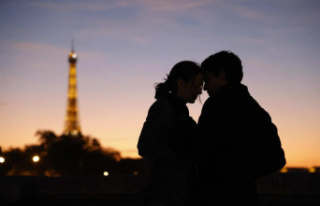