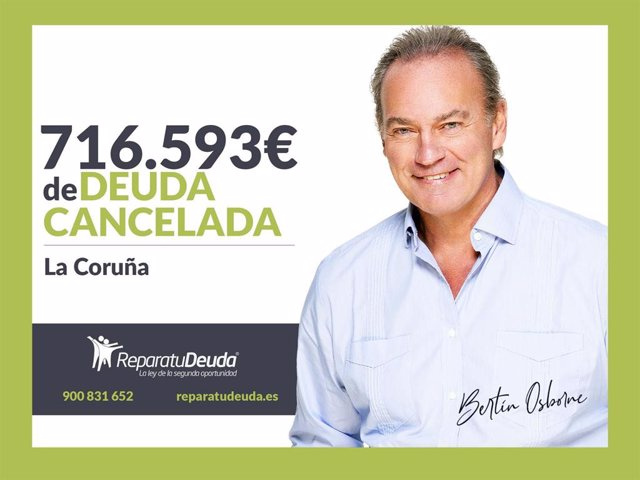 Repair your Debt Lawyers, a leading law firm in Spain in the processing of the Second Chance Law, has achieved a debt cancellation in La Coruña (Galicia). Through the management of Repair your Debt Lawyers, the Court of First Instance and Instruction No. 3 of Betanzos (La Coruña) has issued an exemption from the unsatisfied liability in the case of the married couple formed by SJ and EM, who had accumulated a debt of 716,593 euros to the that I couldn't cope. SEE SENTENCE. As the lawyers of Repara tu Deuda explain, his case is as follows: "When he retired and finished his professional activity, the pension he had left was not enough to repay the credits. The couple had a house with a very discharge that it was not possible for him to continue paying. Finally, the house was liquidated. The rest of the credits have been canceled and he can enjoy a more peaceful retirement." The Second Chance Law was approved by Parliament in 2015. That The same year the law firm was created, with the idea of ​​not leaving anyone with debts for life and thus offering them the possibility of reactivating themselves in the economy.Repara tu Deuda Lawyers is the only law firm that is dedicated solely and exclusively to processing of this legal tool. This degree of specialization makes it a leader in the debt cancellation market for individuals and the self-employed through this legislation. To date, it has managed to exceed the figure of 107 million euros of debt exonerated to its clients. According to what is stated by Repair your Debt Lawyers, "Spain was one of the countries that took the longest time to incorporate the Second Chance Law into its system, a mechanism intended for natural persons. This was in compliance with the Recommendation of the European Commission of the last year". This legislation allows individuals and the self-employed to be exonerated from paying the debt, provided that it is previously demonstrated that they have acted in good faith, that the amount of the debt does not exceed 5 million euros and that they have not committed any socio-economic crime in the last ten years. years. The lawyers at Repair your Debt adapt to each case according to the economic capacity of their clients, with the maxim of not leaving anyone without a second chance to start over with more strength. Repair your Debt Lawyers has an app for Android and for IOS, baptized with the name of MyRepara, to further reduce the costs of the procedure and allow total control, as well as for lawyers to attend meetings by video call.

1 ANNOUNCEMENT: Malaga Institute of Technology has been... 2 ANNOUNCEMENT: The Escoem consultancy from Granada... 3 Indra earns 116 million until September and shoots... 4 The IMF predicts more inflation in Latin America and... 5 The Ibex 35 leaves 0.38% in the session and moves... 6 World Bank warns about the "heterogeneous"... 7 Ribera regrets that Germany is reluctant to intervene... 8 Registrations rise 11.7% in October, despite the bridge... 9 COMMUNICATION: CGTN: Foreign capital, positive in... 10 ANNOUNCEMENT: Paramount and Virgin Media agreement... 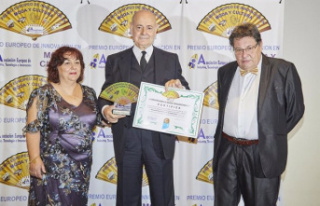 ANNOUNCEMENT: Malaga Institute of Technology has been...