CEGEP teachers are concerned about the difficulties observed among their students

CEGEP teachers are concerned to see so many of their students struggling to put their ideas in writing or dropping out of class. 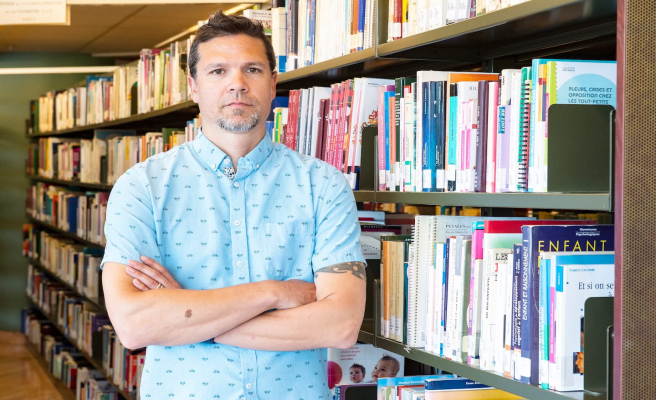 CEGEP teachers are concerned to see so many of their students struggling to put their ideas in writing or dropping out of class.

“There have always been students who don’t want to do teamwork. But this is half of my group, ”notes François Régimbal, coordinator of the sociology department at Cégep du Vieux Montréal.

Several CEGEP professors interviewed by Le Journal see a clear difference between their current cohorts of students and those before the pandemic.

For example, they observe that students have difficulty in putting their thoughts down in writing, in structuring their ideas, in analyzing texts to extract theses and arguments.

Mr. Régimbal also notes an increase in anxiety. "There are many who don't want to do orals, who say: 'no way am I speaking, it's too stressful'", he illustrates.

Silvie Lemelin teaches philosophy in Victoriaville. She dissected the results of one of her groups to better understand what is happening.

The overall average for this group is 58%. "A flowing average, I've never had that [before]", she is surprised.

But in reality, it's mostly students who either dropped out after the deadline or didn't turn in any assignments, she says. “Before, it happened from time to time, but not in such large numbers. »

“I continued to have strong students, with good work and 90% and above. It's the students who leave or who have motivation problems that change the whole picture,” notes Ms. Lemelin.

"We are told that there is a form of loss of the 'student profession'", that is to say the ability to discipline oneself to have a good working method, summarizes Yves de Repentigny, vice-president to the National Federation of Teachers of Quebec.

“In the short and medium term, we are worried,” says Mélanie Beauchamp, professor of philosophy at the Cégep regional de Lanaudière. “We are worried about the mental health of young people, for their overall health. »

“Going back to face-to-face is definitely a good idea. On the other hand, I wonder if we have prepared them enough, ”she wonders. “[For almost two years], they were told that the safest environment was at home. »

François Régimbal reminds us that “studying at CEGEP is not just about going to class. It is also a living environment that has an impact on student well-being [...] All of that was gone. »

However, even if the face-to-face is back and the masks have fallen, its campus has not yet regained its "bubbling" and its "buzz" of before, with all the conversations in the hallway and the mutual aid that this allows. .

1 Pierre-Hugues Boisvenu: a long fight for his daughter... 2 A shortage of staff at the worst time in schools 3 A final lap for “the pillar of our family” 4 Finally a drop-in center at the Parliament of Quebec 5 A third of Montreal's HLMs are in poor condition 6 Caffeine would lead to more impulse purchases, according... 7 New episode of gunshots on the island of Montreal 8 On the sidelines of the Grand Prix: a bang against... 9 The beaver dam did not hold 10 Mountain bike swerve: a 30-year-old in critical condition 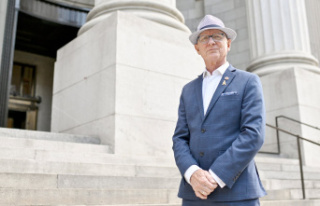 Pierre-Hugues Boisvenu: a long fight for his daughter...