[IN IMAGES] 20 years of the first gay marriage in Quebec: 10,910 same-sex couples inspired by them

The first homosexual couple to commit to a civil union in Quebec is delighted to have paved the way 20 years ago for the 10,910 same-sex spouses who followed them, even if they still have to fight homophobia in the venerable age of 76 and 80 years. 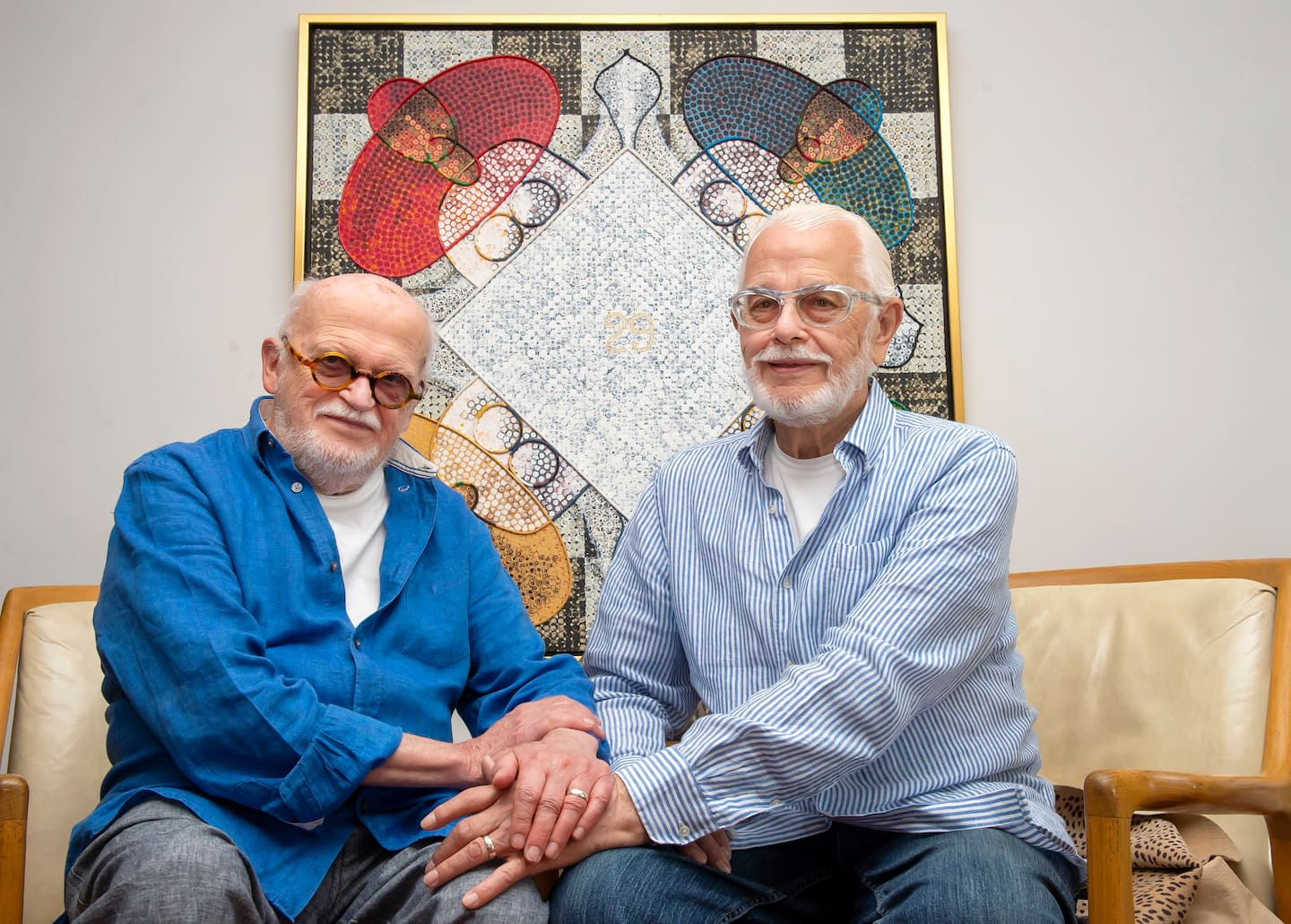 The first homosexual couple to commit to a civil union in Quebec is delighted to have paved the way 20 years ago for the 10,910 same-sex spouses who followed them, even if they still have to fight homophobia in the venerable age of 76 and 80 years.

“We just wanted to have the same rights as heterosexuals and security if one of us disappeared. At the time, it was not uncommon for a homosexual spouse to die and the family to leave the other with nothing,” explains Theo Wouters, looking at Roger Thibault, his lover of the past 50 years.

Despite the many homophobic acts they suffered before exchanging their wedding rings, nothing could have discouraged the Pointe-Claire couple from celebrating their civil union at the Montreal courthouse on July 18, 2002.

It was during this day that they became the first same-sex spouses married in Quebec, Canada, but also in North America.

“We were aware of making history. There were reporters and cameramen from all over the world. We arrived late at the palace, and the judge was waiting for us because there were no more parking lots anywhere, ”says Mr. Wouters laughing.

The lovers, who were 60 and 56 years old at the time of their union, admit that they are still proud of their fight today, but above all of having stood up to those who opposed their marriage.

“We chased neighbors who were threatening us. One of them still continues today. Even the police told us at the time to change neighborhoods to have peace. The worst thing is that hundreds of people have already demonstrated against us on our street. But we did not move and we always stayed in Pointe-Claire,” rejoices the couple.

For his twentieth wedding anniversary, the couple also invited Le Journal this week to the house he has lived in since 1979.

The walls of the living room are covered with paintings woven and made by Mr. Wouters, a dressmaker by training. Breathtaking landscape shots taken by Roger Thibault, a now retired photographer, are also on display.

A large box was lying in the middle of the veranda table when we arrived. “There are all our wedding photos from 20 years ago in there. We see Joe Bocan, who had sung for us, the courthouse packed, then the party at Le Sky bar. [...] There, they are dancers who had been invited, ”he mentions, showing two naked men in a swimming pool.

Since the adoption by the National Assembly in June 2002 of Law No. 84 instituting civil unions and the first homosexual civil union that followed a month later, many have followed in the footsteps of Theo Wouters and Roger Thibault.

For 20 years, 10,910 same-sex spouses have united according to the Institut de la statistique du Québec. Specifically, 9661 of them opted for traditional marriage, which has been legalized for same-sex partners since 2004. However, 1249 same-sex lovers have decided to enter into a civil union, which is legalized for them. since 2002.

THE SECRET OF A SUCCESSFUL MARRIAGE?

The two men, now aged 76 and 80, have agreed to reveal their secret to “a successful marriage”.

“We have been married for 20 years, but together for 50 years. I would say that the secret is to have several common interests and to keep busy”, summarizes Theo Wouters.

The latter adds that they are passionate about gardening and that the layout of their backyard has always kept them very busy. “We even made books about it,” he adds.

Roger Thibault and Theo Wouters told the Journal that they suffered several homophobic acts before and after celebrating their civil union.

“It was a real nightmare. One evening, they shot fireworks at the house. They threw stones through the windows of our house. Our car was also damaged several times,” says Roger Thibault, who remembers it like it was yesterday.

The couple has also sued several people for threats and harassment over the years.

“Even today, one of our neighbors is giving us fuck you. We should be able to age peacefully,” thunders Theo Wouters.

A NIGHT IN JAIL

Roger Thibault recalls that homosexuals have not always been so free in Quebec.

In the 1970s, while he was going out to gay bars in downtown Montreal, one of his evenings ended badly.

“There was a raid where the police took everyone from the bar. I spent the night in jail. It was at the time of Mayor Jean Drapeau. It was terrible,” he explains.

Remember that homosexual relations were only decriminalized in 1969 in Canada.

A DEMONSTRATION ORGANIZED BY PETER SERGAKIS

Peter Sergakis, a businessman who owns several businesses in the Gay Village of Montreal, is the one who organized a demonstration in May 2001 to support the couple's civil union.

“We left the Village with 25 full buses. We went to Theo and Robert to demonstrate in favor of their marriage. It was crazy, there were at least 75 journalists from all over the world”, relates to the Journal Mr. Sergakis.

The latter had managed to gather more than 1000 people at the time in front of the lovers' house in Pointe-Claire.

"I'm pretty proud of that, yeah. For me, people should be free, regardless of their orientation. I am not homosexual, but yes, I am an ally”, he explains.

Note that the businessman had also lent his bar, the Sky Complex, free of charge for the wedding celebrations of Theo Wouters and Roger Thibault on July 18, 2002.

The first homosexual couple in Quebec to have celebrated a civil union two decades ago says they are “terrified” for the rights of LGBTQ people who risk being undermined by the Supreme Court of the United States.

“It is appalling the situation of the Americans. I received an email from two married women in the United States who are thinking of coming to live in Canada because they are very afraid,” says Theo Wouters, accompanied by her husband, Roger Thibault.

The couple are referring to the US Supreme Court which last month overturned Roe v. Wade and thus considerably reduces the right to abortion. According to several experts, the next step would be to attack the rights of LGBTQ people, including marriage for all.

“We got married 20 years ago in Quebec, but we see that we always have to fight and that it is not acquired by seeing the situation in the United States. […] No, we did not think we would see a step backwards in our lifetime like this, ”laments Mr. Wouters.

Even though same-sex marriage has been legal since June 2015 in the United States, Line Chamberland, from the Research Chair in Sexual Diversity and Gender Plurality at UQAM, notes that the rights of LGBTQ Americans could soon be undermined.

“We believed a few years ago that it was unthinkable to go back on the right to abortion and it came true. So same-sex marriage, yes, that could be made illegal too. Marriage would therefore be recognized in some states and not in others,” said Chamberland.

But is she worried about the rights of people of sexual diversity in Quebec or Canada? "No, I do not think so. Our marriage law is well centralized in Ottawa, and right-wing movements are less strong here,” says the expert.

For his part, Patrick Desmarais, president of the Fondation Émergence, points out that there could be negative repercussions in Quebec if the American Supreme Court takes away the rights of LGBTQ people.

“It would bring a wind to us that would not be good for anyone in Quebec, but internationally too. Especially in certain countries which, for example, are still campaigning against the decriminalization of homosexuality. It gives weapons to fundamentalists or people on the far right, ”explains Mr. Desmarais. 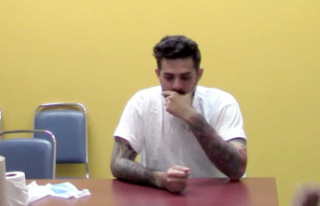