Owners in debt: fasten your tuque!

Canada would be on the brink of financial crisis. 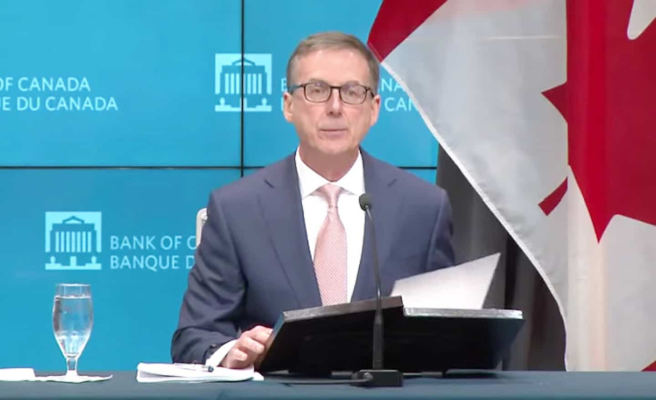 Canada would be on the brink of financial crisis.

Because of what ? Notably due to high household debt and soaring house prices.

This is not me saying it: this is what the Bank of Canada suggests following the press conference of the governor of the institution, Tiff Macklem, on the Review of the Canadian financial system.

“If the economy were to decelerate sharply and unemployment rise significantly, this combination of increased debt and strong house prices could amplify the slowdown. A loss of income would likely force highly indebted households to significantly cut spending to continue making their mortgage payments. Moreover, a major correction in house prices would reduce household wealth and access to credit, especially among the most indebted. If many households find themselves in this situation, there could be broad implications for the economy and the financial system,” Macklem said.

Especially if you are one of the heavily indebted households after paying top dollar to acquire a property. You may have a hard time repaying your debts.

Why ? Because the cost of mortgages has started to skyrocket and this upward trend is expected to continue for quite some time to come.

The increase in mortgage rates follows the strong increase in the Bank of Canada's key rate. While the rate was only 0.25% at the start of the year, the key rate is currently 1.50%. The Bank of Canada suggests that it will have to climb to 3% in order to fight its fight against high inflation.

Households that have become over-indebted by taking out mortgages at interest rates of barely 2% will have a hard time when they have to renew their mortgages at 5% or possibly more if the upward trend in rates continues. continues. This could generate repossessions, fire sales. It should come as no surprise to see the residential real estate market enter a severe correction phase in certain overheated markets in several major metropolitan areas.

If such a shock were to occur, it is obvious that the entire Canadian economy would suffer the repercussions and that the Canadian financial system would lose its feathers.

The over-indebtedness of a large number of companies as a result of the pandemic is also a source of concern for our economy and our financial system.

Rising interest rates make them even more vulnerable. Many will have difficulty repaying their debts.

The situation is also problematic for companies that finance themselves through the bond market, as borrowing costs obviously jumped following the increase in the Bank of Canada's key rate.

In addition, in the wake of Vladimir Putin's invasion of Ukraine, the Bank of Canada is concerned about the risk of a cyberattack against Canadian banks due to anti-Russian measures taken in Canada.

The wave of cryptocurrency purchases in Canada is also one of the financial vulnerabilities to watch.

Are we at risk of falling into a severe and prolonged recession?

The risks are increasing, but that is not what the Bank of Canada predicts. For now, of course.

1 The CAQ will be able to govern without sharing 2 We are our worst enemies 3 Mental health workers drop out 4 We laugh at our intelligence 5 In depression, Normand Dubé fled prison 6 The PQ missed the essential 7 The new beautiful risk of the nationalists at the... 8 Chinese, US defense ministers to hold talks in Singapore... 9 Philippines protests Chinese boats in disputed area 10 Montreal: the Pie-IX bridge closed during weekends... 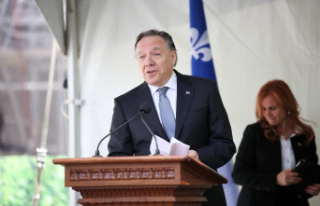 The CAQ will be able to govern without sharing